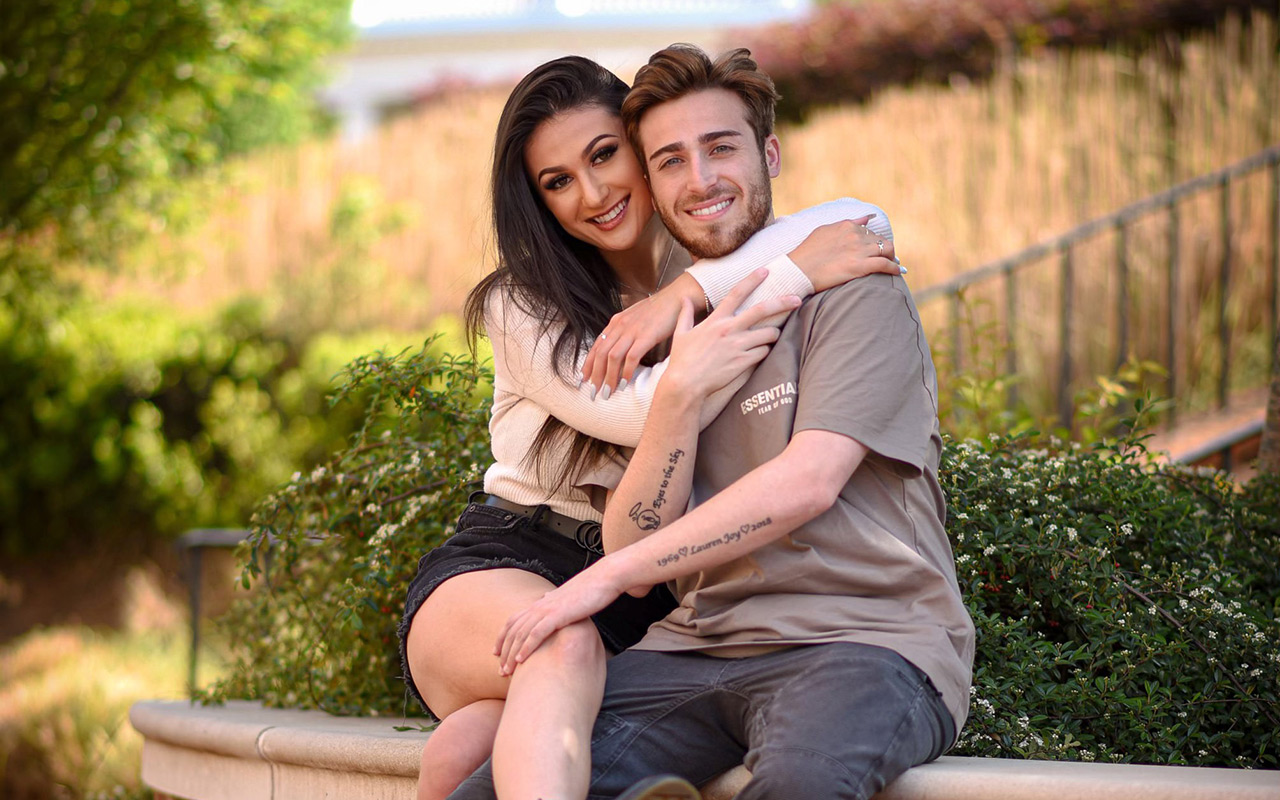 ‘She grabbed my face and kissed me. I was head over heels for her, and I wanted her to get everything she ever wanted.’

“We met in our senior capstone class in college in 2019. I sat across from her on the first day. She thought I was annoying. I thought she was rude. We didn’t speak for about two months at first, and we had our first encounter when she needed help with a specific camera. We became best friends right off the bat after finally talking. Then, she visited me over winter break and made the first move on me. She grabbed my face and kissed me. I was head over heels for her, and I wanted her to get everything she ever wanted. I really never thought it would go anywhere, but the rest is history.

“We started dating in January 2020, and then when COVID hit, I moved in with her family. When we got back to school that fall, she took a funny video of me and posted it on TikTok. It got a couple hundred thousand views, and we thought it was the coolest thing in the world since it was her first upload. We got lucky. After that, we posted a few more videos, and one in particular about Pokémon, since I’m a huge fan. We didn’t think it would get any views, but it ended up with 24 million. We started off making funny videos just joking around, and it turned into thousands, even millions of views, and then we started getting a following. I didn’t even have TikTok downloaded at the time. She started posting videos every day, and I was just in the videos to make her happy.

“Eventually, I downloaded it and we created a shared account and changed the username to @austinandlexi. More and more of our videos started going viral with millions of views. After graduation, we realized this could pay our rent. The most we ever made was through TikTok. We could do this as a living. We moved in together and kept making videos. We sat down and really wanted to focus on what our niche should be – funny couple videos. We do follow some trends, but we like to stay unique to our own kind of content, and because of that, we’ve actually started trends. Lexi has started a few, she’s so creative.

Still, to this day almost two years later, the hate hurts. Imagine every insecurity about yourself that you’ve never spoken out loud, and now it’s being pointed out by strangers on the internet.

“When we first blew up on TikTok, it was really weird. For both of us. You go from being a nobody to now everyone knows you and wants to watch your videos. One word I became known for was ‘simp.’ It has such a negative connotation, and people commented that word on our videos to use against me. They used it as a derogatory word because they thought that me showering my girlfriend with love was not masculine. I hated how people were using it in that negative light. We flipped that word and turned it into something positive. So now, I’m referred to as the Simp King. We want people to treat their partner with respect and love, and to be able to show emotion without it being the butt of a joke. I shouldn’t feel insecure about the fact that I like to buy her flowers or do skin care routines with her. Nobody should feel insecure about that.

“After I embraced that originally hateful word, our fans started making videos of how they showed their love for their partners. Aside from this, we received our fair share of hateful comments. Someone made a video that got hundreds of thousands of views saying hateful things about us for 18 minutes long. All of this hate led to death threats. We even got our address leaked. It pulled me into a depression. I thought I had to fit some sort of persona. It was hard to be myself on camera and not worry about the judgment that might come from it. You go from having your own personal, private life to now everything being on social media. It was a struggle at first.

“Still, to this day almost two years later, the hate hurts. Imagine every insecurity about yourself that you’ve never spoken out loud, and now it’s being pointed out by strangers on the internet. The hate is still there, but it doesn’t bother me as much anymore. I accepted the fact that I can’t be liked by everyone. In high school and college, I felt like I had to look and act a certain way in order to fit in. That just isn’t realistic. Because of TikTok and our dedicated fan base, I was able to realize that I don’t care what the hateful people say. We are loved by so many of our fans. If someone doesn’t like me, then they don’t have to like me. I’m a nerd and I like being one. 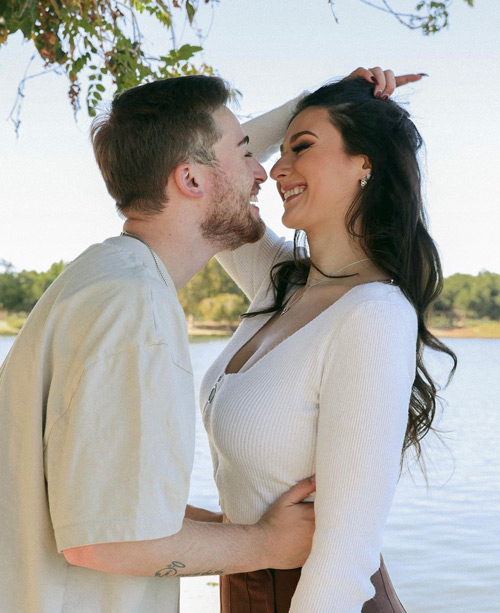 I always wanted to feel accepted by those around me, and now I have that. I didn’t have to change who I am to get it.

“Even though we experienced so much hate, there is so much more love. There are more good comments and more love than there is anything else. The best part about being a content creator with a fan base is meeting the fans. I always wanted to feel accepted by those around me, and now I have that. I didn’t have to change who I am to get it. I get recognized by fans a few times a week and always take photos with them. We also use our platform to give back to our community. We’ve been told by some fans that we saved their lives. We were in Build-A-Bear and a young girl was picking out an Eevee Pokémon, which I have a soft spot for anything Pokémon-related. As we were leaving, the mom told us her daughter is a huge fan, so we started talking to her, and we found out her birthday was in two days. We purchased the Build-A-Bear for her, along with a bunch of accessories.

“It’s the little things that really make a difference, and that’s what a lot of creators, a lot of people, don’t think about. We truly care about our fans. We’ve recently been doing a lot of giveaways from our personal collections, as well as teaming up with another local entrepreneur from Long Island, for these giveaways. As a couple on TikTok, it can be overwhelming at times to work together all the time, but overall, TikTok has made our relationship stronger.

“We get to take our specialties and work together, which not a lot of couples get to do. We don’t always see eye to eye, but at the end of the day, we know the relationship comes first before the job. If we need to take time off and step away, we do. TikTok has brought Lexi and I even closer. The fact that I get to do this with my girlfriend and spend all my time with her has been one of the best things ever. I love working with her.”