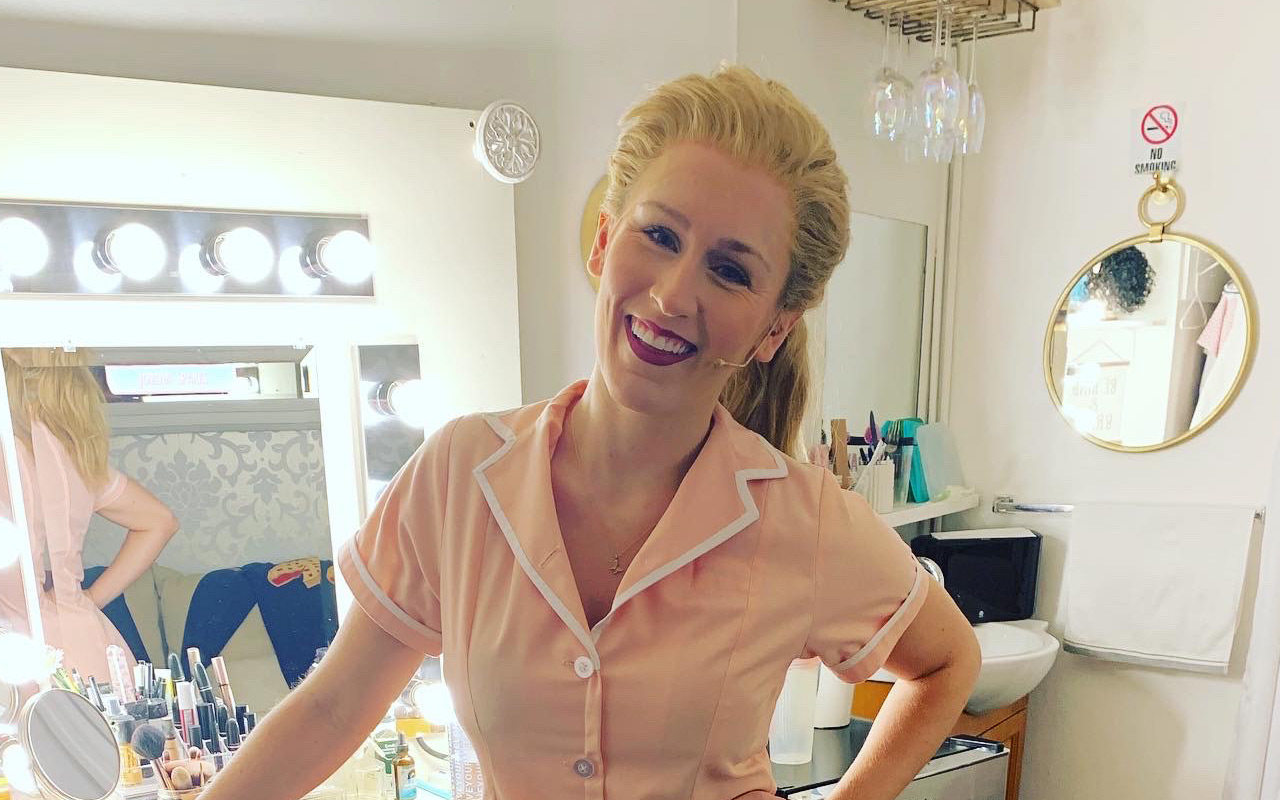 ‘I remember that little girl version of me coming to Broadway, and now my picture is on the train from my own show.’

“As an understudy, it’s very hard to step into roles where people expect to see someone else. Throughout my time with ‘Waitress,’ I’ve had immensely big shoes to fill for the many leading ladies.

“The hardest was filling in for Sara Bareilles. She wrote it and sings it like a songbird. People paid a lot of money to see her. Even though I’ve done it so many times, it doesn’t get easier because I want to do the person they’re hoping to see justice.

“I go on and think, ‘Just have fun and celebrate your hard work.’ I’ve learned that I’m stronger than I think, and I can lead a show and have people be happy at the end of it.

“Growing up, I looked forward to taking the Long Island Rail Road to see Broadway shows. I grew up in the competitive dance world. I did a lot of sports at Connetquot High School. In the 10th grade, they needed dancers for ‘Oklahoma!’ so I decided to help them out and had the best time. As a junior, I didn’t do sports and got one of the leads in ‘Les Misérables.’ The rest is history. I did community theater at CM Performing Arts Center, then attended AMDA, and was very lucky when, at 21, I got the first national tour of ‘Wicked’ as the Elphaba understudy.

At the end of the show, we break the ‘fourth wall,’ look into the audience and celebrate together.

“I remember getting the call on the LIRR as I was going to a dentist appointment. I just sobbed! As an original cast member in ‘Waitress,’ I’ve seen that when you get to do what you do and how it changes people, you don’t take it for granted. We have moments where people express what our performance has done for them, and we’re surprised.

“It’s in those moments that I couldn’t love what I do more. At the end of the show, we break the ‘fourth wall,’ look into the audience and celebrate together. Even with masks on, we see people crying happy tears or smiling. It’s a moment of realizing that we can all go through this journey of ups and downs together.

“Recently, the MTA campaigned with Broadway to help promote the ‘Only Sure Way to Make it to Broadway.’ They recreated a 1970s campaign with amazing photos. I was asked to represent ‘Waitress’ in the shoot.

“It’s crazy because I remember that little girl version of me coming to Broadway, and now my picture is on the train from my own show.”