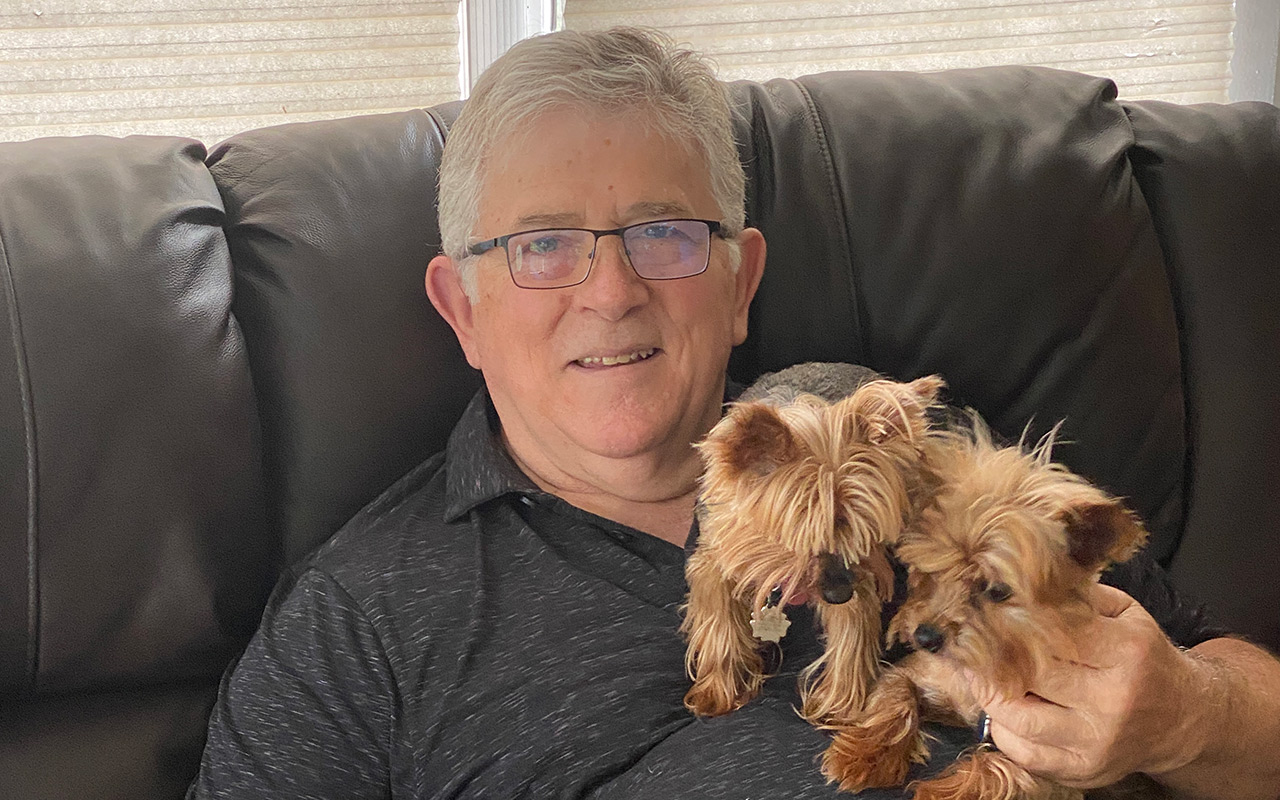 ‘I always find if you train a dog to do tricks, not just train them to sit and stay, but to do tricks, they know how to make you smile.’

“I’ve always loved dogs. I grew up in Smithtown; we had an acre of property, really kind of in the sticks right by the Nissequogue River. We always had dogs.

“Jilli Dog changed my life. My partner, Judy, found her on the street 24 years ago, and she said you better come get it. Ten minutes later I had this little dog. She was kind of scruffy. I nursed her back to health and taught her to do tricks, I taught her to play poker. She was an amazing dog.

One friend told us she’d suffered from depression her whole life, but when she saw Jilli, it was pure joy.

“About 20 years ago, my friend says we should put a video of her playing poker on YouTube. I said, ‘What’s YouTube?’ It got like 450,000 hits, which in those days was a lot. So many things change your life, but this was monumental.

“My mother was in a nursing home, and I took Jilli in to do tricks, and before you knew it, we had 15 or 20 people watching Jilli do tricks. That was my first entertaining, and I started doing it for other nursing homes and at the VA in Northport. 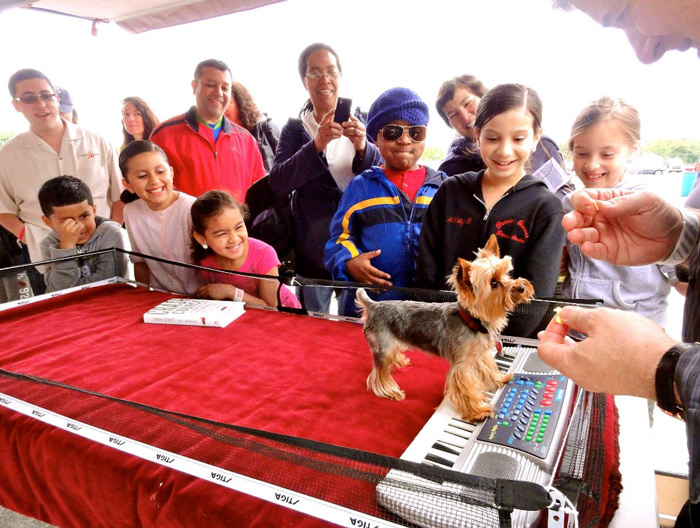 “Some of the people in the nursing homes would tell their families to come, and someone asked if I could do something at his office. I said sure, and he gave me $50, I didn’t even ask for anything. I did fundraisers for the North Shore Animal League, Little Shelter. Someone else asked if I could do a party, and it just built from there. I made it a little business without even realizing it.

“We had Jilli and we were happy with one dog. We weren’t looking for another dog, but a friend had Spidey, who she called a bad dog. We took her. And then another friend gave us Ruby. She was a wild dog; she couldn’t sit still. People said, you’ll never train that dog, but that energy turned into fun stuff. Now she’s 14 years old, and if I say we’re going to do tricks, she’s like, ‘Let’s go.’

“We performed a lot of places: Las Vegas, Nashville, TV shows. We’ve been on ‘Regis and Kelly,’ ‘Rachael Ray,’ ‘Animal Planet.’ When Jilli died, we put her obituary on Facebook and got more than 1,000 responses. One friend told us she’d suffered from depression her whole life, but when she saw Jilli, it was pure joy.”

‘I said, “Ronald, if you’re going to run your first marathon, do the biggest, the NYC Marathon.”’

“You have 45 good years; I call that youth. Then you have an option, depending on your genes, of going downhill or, depending upon your decisions, going uphill. When I hit 45, I decided I had to start doing something for my body and health. I went up to the beach parking lot and started running. I found out two things: I was not very good at it, but I enjoyed it. So I bought running shoes, and I followed a program to be able to run 30 minutes straight — and I loved it. I found there was a spiritual component where running put me into a different zone, and the kinds of issues that come up in life fade out and the ambience starts to take over.

“When I turned 67, I started to really challenge myself. I joined a running club. I started to run short races. Then something happened. I fell. I face-planted and broke my neck. I broke the same bone the actor Christopher Reeve broke, who became paralyzed. The neurosurgeon saved my life.

I had my name on my chest and my back and people were yelling out, ‘Go Ron!’

“I didn’t run for a year. On top of all that, I found out I had a very virulent cancer growing in my right kidney. I lost my kidney and I lost another year. Then I got back into running, but I was extremely slow. When the pandemic started, I couldn’t go to the gym, so I started running six miles on a regular basis. By May 2021, I could run 20 miles. A light bulb went off: If you can run 20 miles, you can run 26.2. I said, ‘Ronald, if you’re going to run your first marathon, do the biggest, the New York City Marathon.’

“So, the Sunday of the marathon came, and it was everything you see on TV. I had my name on my chest and my back and people were yelling out, ‘Go Ron!’ I ran it under 9 hours. The conventional wisdom is when you run a marathon, rest for two weeks to a month. But I went out three days later on Wednesday. I said, ‘I’m just going to walk.’ After two miles, I started to run. I felt stronger than I did the week before the marathon. 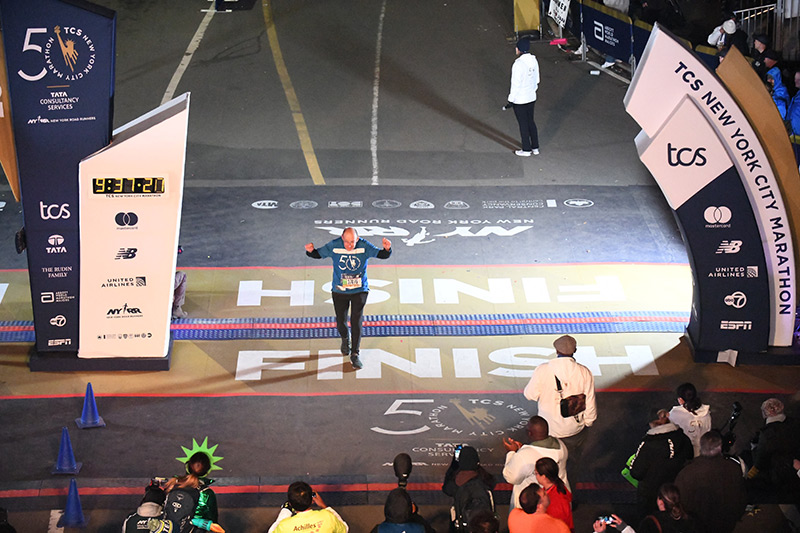 “I have to figure out what to do as an encore. Maybe I’ll start to take swimming lessons and do a triathlon. I’m 76. I always used to think in terms of 10- and 20-year plans, but in 20 years I’ll be 96. There is an end somewhere down the line. But as long as I can keep pushing, I’m going to keep pushing.”