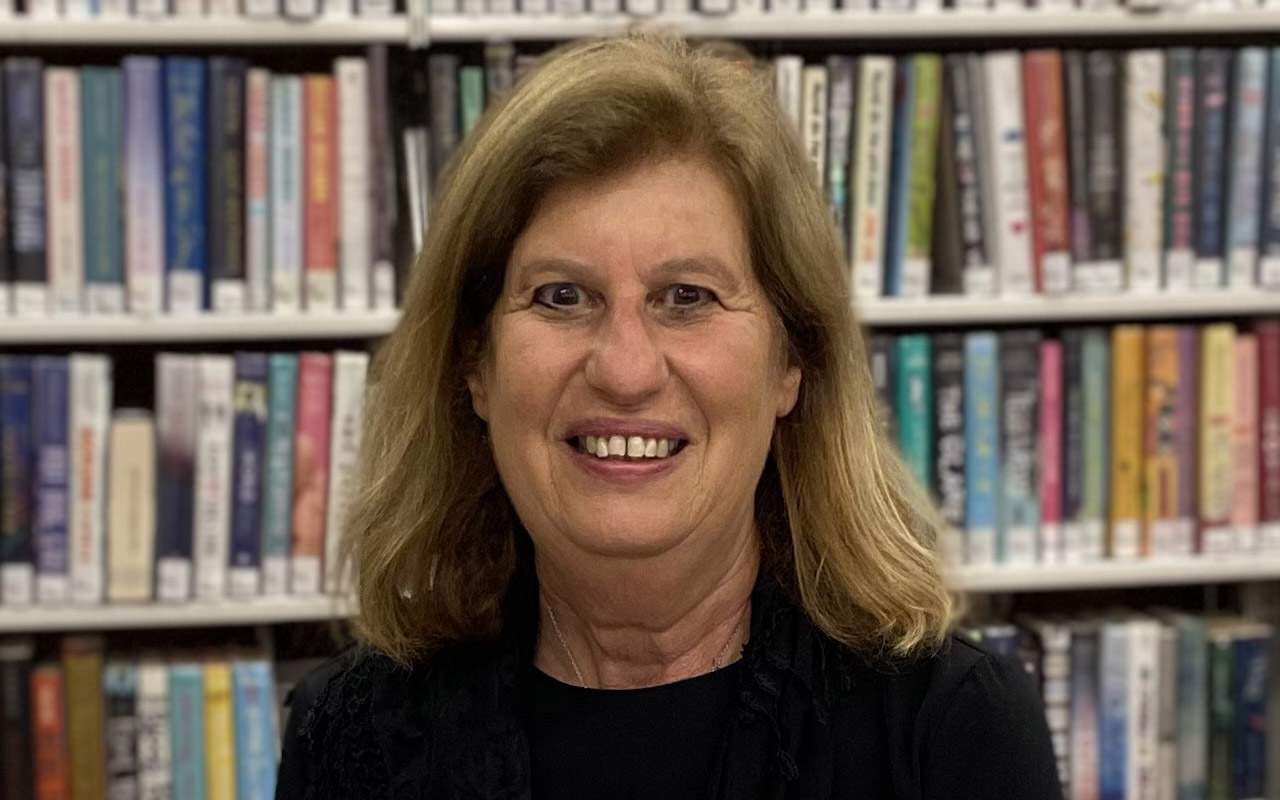 ‘I had my children, who were in fourth and second grade, go to my graduation from library school so they could see good things happen when you pursue your dreams even when there are obstacles.’

“I began my career after college in rehab counseling for New York City, a challenging situation with a 100-person caseload. I changed careers and went back to school for computer science, which was in high demand and cutting edge. When I got married, my husband worked for the Department of Defense, so we needed to be on Long Island. Without family and friends, the local library was my lifeline.

“I met friends at the toddler programs and my children began their love of books. I decided to reinvent myself again by becoming a librarian. There were challenges along the way to my second master’s degree, especially with two young children and during this time my husband had a terrible accident resulting in a spinal cord injury. He’s doing better now.

We knew parents were isolated and overwhelmed, so we utilized Facebook to provide programming available anytime.

“I had my children, who were in fourth-and second-grade, go to my graduation from library school so they could see good things happen when you pursue your dreams even when there are obstacles. I worked part-time at Westbury Library and Islip Library, and when my homelife settled down I started a full-time job 14 years ago at Half Hollow Hills Community Library where I’m head of Children’s Services. The pandemic has presented challenges to serving our patrons. We knew parents were isolated and overwhelmed, so we utilized Facebook to provide programming available anytime.

“Our library quickly adapted our use of social media for our community with videos and live streams for children to see their librarians every day. We wanted to be a reassuring, familiar face, so we created a daily schedule of story times and tutorials for students. We reached out to our PTAs to share library online resources to help students with remote learning and provided WiFi hotspots to every student in the district who didn’t have internet. Our book drop became a food drop donation for local food pantries. The library has had an important role in my life and I’m happy to share with families the potential of what libraries can offer in their lives.” 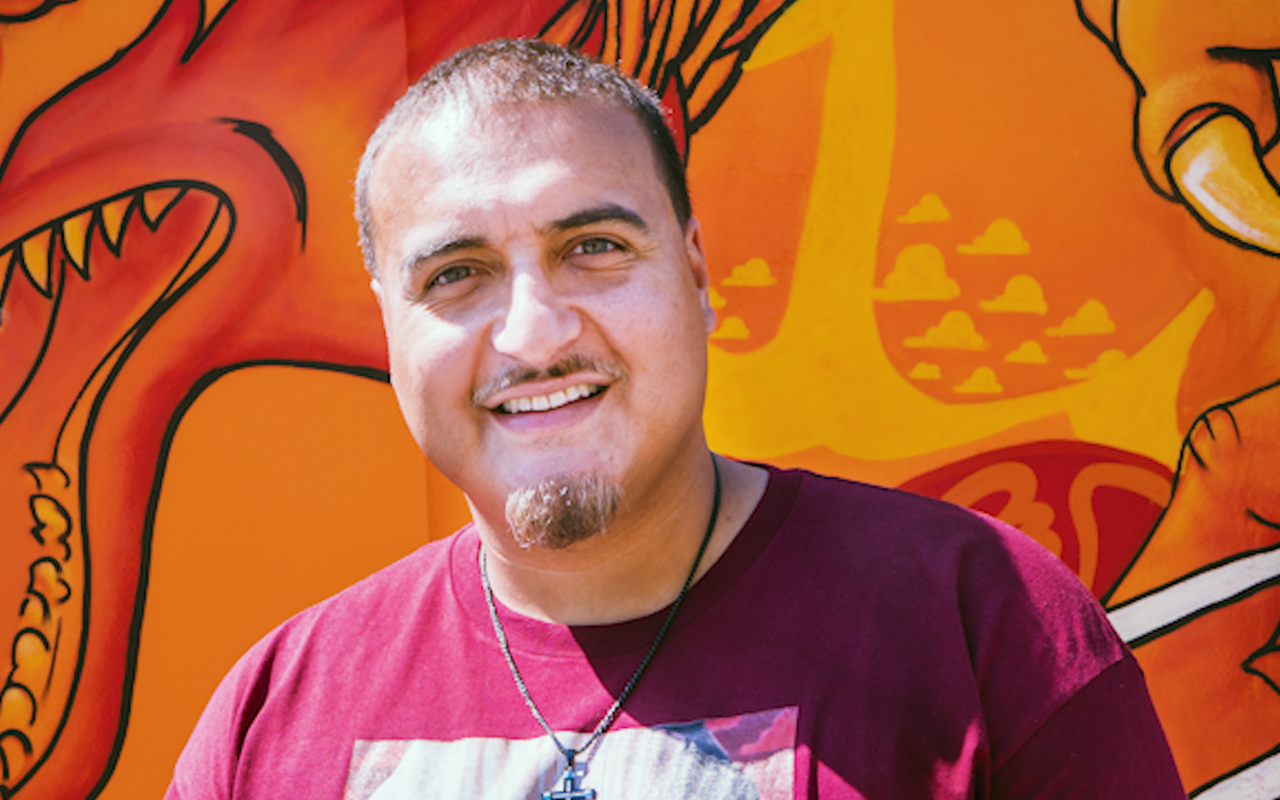 ‘To create something from nothing is a gift, and why not utilize it to show the world?’

“Since I was a little kid, I loved coloring books and drawing superheroes. I didn’t take art classes until I was at Walt Whitman High School. I would get into a lot of fights because I moved to Huntington from Queens at 10, and the places were so different; I was all about graffiti, street art and hip-hop. I always felt like an outcast, but I let that be my drive. In high school I went to Six Flags and some guy was airbrushing t-shirts. It intrigued me because it looked like a pen, but there were no paint strokes and he could blend colors.

“I saved up to get myself an airbrush and air compressor, so in my senior year I started airbrushing t-shirts. I also wanted to be a rapper, but my skill was in creating paintings. Later I went to F.I.T., I found the G-Unit offices, and I started doing custom airbrush shirts for 50 Cent and all of the rappers.

Everyone tells you art doesn’t make money. When I relied on my own thoughts and my faith in God, I realized that I can do whatever I want to get done.

“In 2010, I opened my own store in Huntington. At first it was a clothing brand, Andaluz Designs, and then it became a branding and marketing store. I was doing custom sneakers and canvasses, but I really wanted to be a street artist and do music. The first mural I did was Robin Williams at Painted Pieces. When Pokemon GO came out I saw it as an opportunity to do something huge. I painted 151 Pokemon on the side of my office building because you have to go large or go home. It went super viral. The next wall to go viral was a Kobe Bryant mural in front of Barclays Center. I just did it out of love.

“During quarantine, I created live art auctions where DJ Scram plays music and I will paint somebody in one hour. On the anniversary of Kobe’s death, I painted Shaquille O’Neal. Out of nowhere, Shaq popped up in my Instagram Live. I was buggin’ out. He ended up purchasing my painting! I just shot a music video from the album I dropped in March, “Welcome to the Quarantine.” It’s uplifting, Christian hip-hop. I’ve learned that it’s hard to be an artist. Everyone tells you art doesn’t make money. When I relied on my own thoughts and my faith in God, I realized that I can do whatever I want to get done. It’s just a matter of working hard. To create something from nothing is a gift and why not utilize it to show the world?” 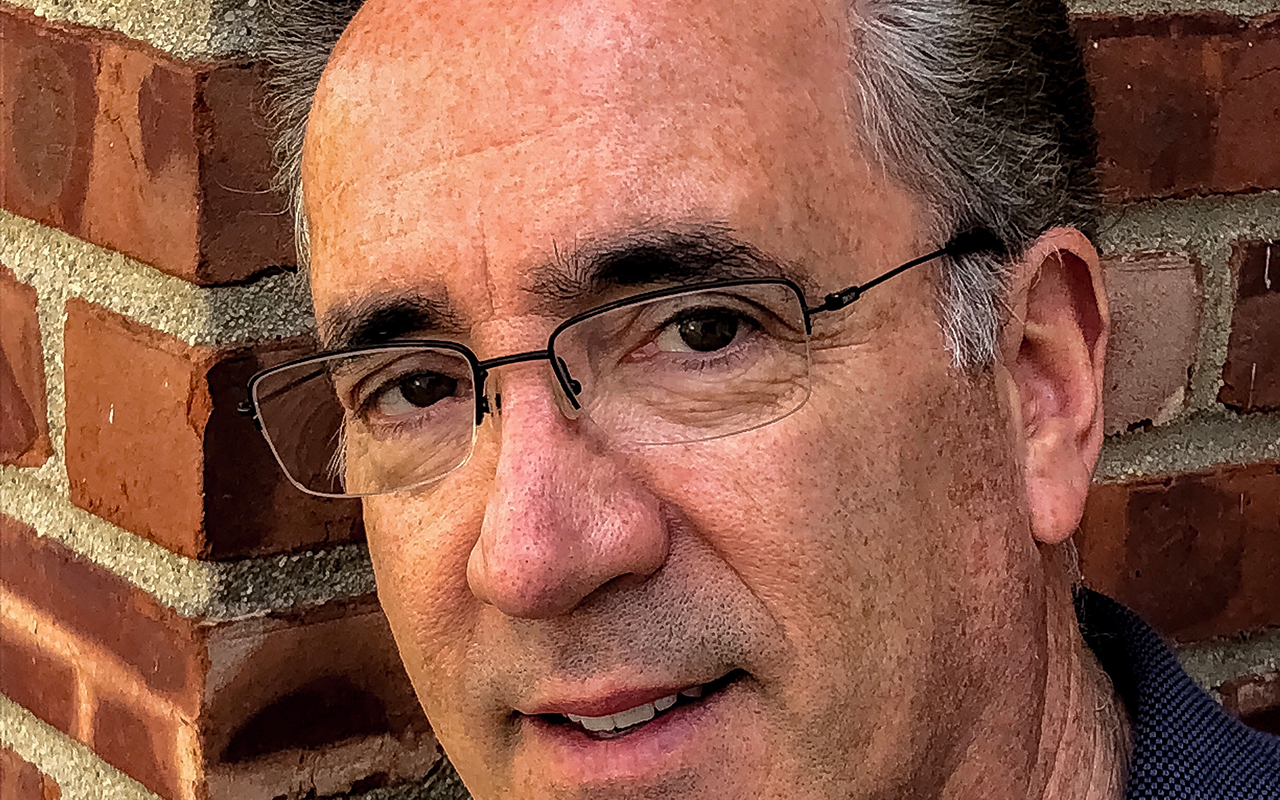 ‘Finding a new passion at my age is really exciting. Anybody who has any type of passion should move forward with it at any age.’

“My mother dabbled in art, so I was interested as a kid, but I never took an art class. I didn’t start drawing until I was in college and I did one charcoal drawing when I had spare time. It was a pair of shoes that melded into dried, cracked earth. Now I am exhibiting it. After that, I hadn’t done many drawings until I retired about seven years ago. It started out as a hobby.

“People really seemed to like my charcoal drawings. I focused on Long Island and New York City landmarks using photographs that I took. We went on a lot of family trips over the years, so I would use those photos too. Now I’m introducing pastel and splashes of color in my drawing. My wife thinks I draw a lot of architecture because I wanted to be an architect in high school; maybe that’s why my work is very detail-oriented. I’m still using my T-Square that I had used for architectural drawing.

I found Rebuilding Together Long Island. We do safety repairs for existing homeowners that can’t afford to maintain their homes. It’s done by volunteers of mostly retired people. It is very gratifying.

“I always said that if I’m successful in what I’m doing in my career, I have to give back. I do that through my art, but when I retired, I also looked for an organization that was going to have an immediate impact on the community. I found Rebuilding Together Long Island. We do safety repairs for existing homeowners that can’t afford to maintain their homes. Whether it’s electrical, plumbing, floors, fixing Sheetrock — it’s all free. It’s done by volunteers of mostly retired people. It is very gratifying.

“During the pandemic, we built desks for low-income areas that have kids that can’t afford desks or even space for them. It promoted good study habits too. I want to keep challenging myself because I feel like I can do a lot. I’m still pinching myself because people like my work. It takes me four months to make some of it. I’ve had some solo art shows and I’ve been accepted into rotational art programs. I won first place for charcoal drawings in one of them. I’ve been included in library galleries all across Long Island. I’m able to do something that I enjoy, so I consider myself extremely lucky. I owe that to my mother. On my drawing table, I have a photo of her drawing. Finding a new passion at my age is really exciting. Anybody who has any type of passion should move forward with it at any age.”