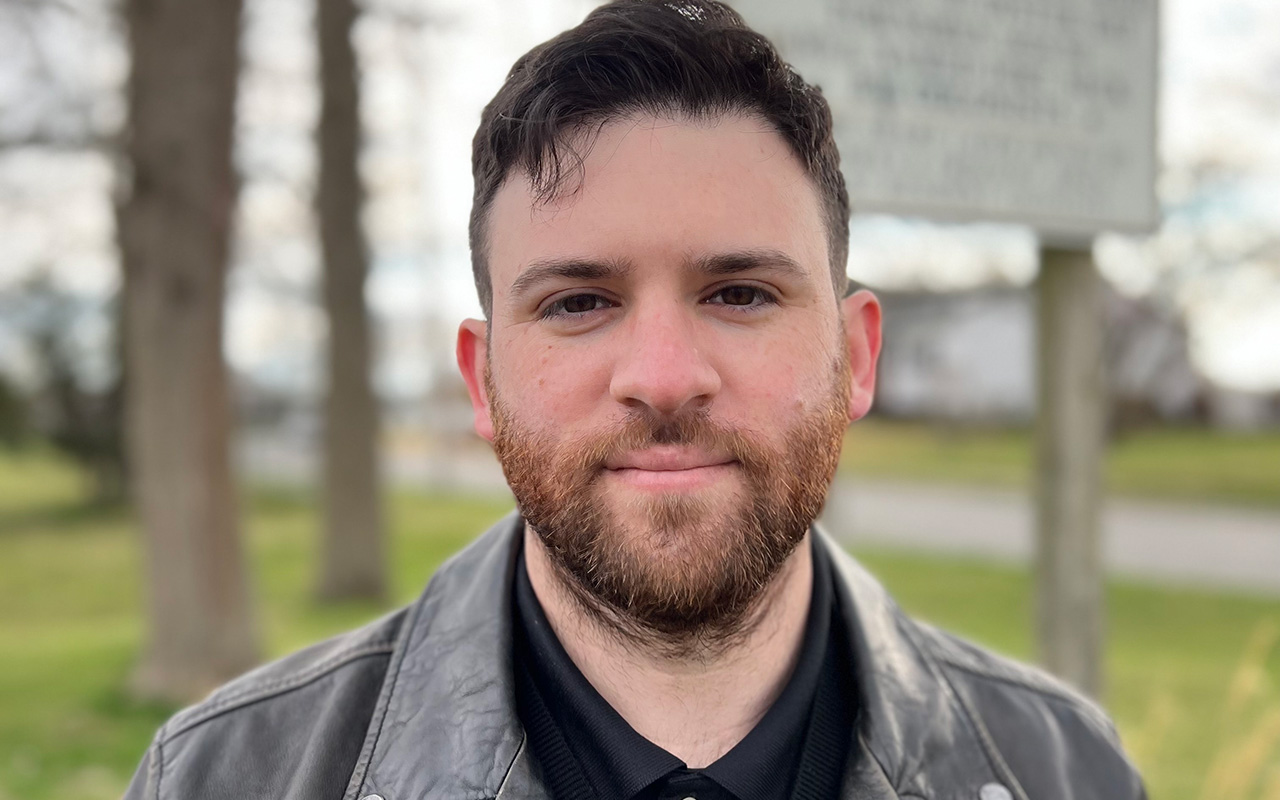 ‘After I was honorably discharged, I thought about studying medicine, but something had enchanted me about that poppy field.’

“When I was growing up in Massapequa, I didn’t really find Long Island that interesting. I didn’t think there was much history here; everything seemed to be developed. I read through my grandmother’s encyclopedias to see all the cool places in the world, and I had this old globe, and I would fantasize about all the different places I could go. My family doesn’t come from money at all, so there was no way I was going to college, but my grandfathers had made it out of Long Island and seen the world in the U.S. Army in World War II. I joined up at age 18 and served four years as an infantry rifleman in 3rd Battalion, 9th Marines, including two seven-month combat deployments to Marjah, Afghanistan, from 2010 to 2011 and 2012 to 2013. We lost a lot of friends there. Three people at our first deployment, one during our second deployment. We were patrolling poppy fields in southern Afghanistan that were a source of funding for the Taliban. I would be up there in the guard tower watching them plant and tend a poppy field a little bit bigger than a football field, right in the middle of a community, and thinking this is a huge culture shock.

“I’m from Massapequa. I’ve never seen Central Asia, the Islamic culture, let alone farms. After I was honorably discharged, I thought about studying medicine, but something had enchanted me about that poppy field. I decided to study botany, the science of plants and how people use them. The whole time I’m going to college, I’m traveling as much as I can, digging at archaeological sites at the base of Mayan pyramids in Belize, and doing underwater excavations, finding coins on ancient Roman shipwrecks off the coast of Caesarea, Israel. 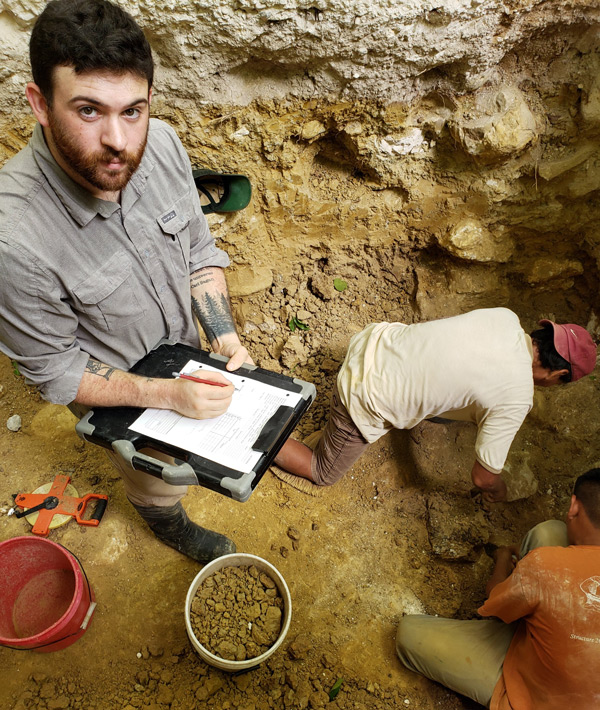 “I’m getting married on April 30, and my fiancée are I still traveling, but the more we go away, the more I’m seeing my connection to Long Island. No place can compare to my home, and the more I learn about ancient plant use, my archaeological field, the more I realize it’s a field that hasn’t been looked at on Long Island as much as other places. There’s so much to learn from studying archaeology on Long Island.”

There’s so much to learn, and archaeologists aren’t the only authority on our past.

“Many Long Islanders are into metal detecting nowadays. You can find gold watches, rings, jewelry. A lot of people are afraid to tell anyone about their finds. But in New York, anything that’s 50 years old is archaeological, and if it’s found on private land, it’s pretty much yours to own. If you think it’s a significant object, it’s ethical to let a New York State museum or a local university know that there’s an archaeological site there.

“For archaeologists, it’s not just about the stuff, it’s about the context that stuff is found in. We don’t make any money off what we find. We’re trying to measure or understand items that are essentially garbage from the past. In my field, I try to find out what kind of plants people were using in the past. I’m looking in the soil, digging in ancient kitchens, hearths and abandoned privies. I take what I find to the lab and look at the species of each seed to see the plants people were using. 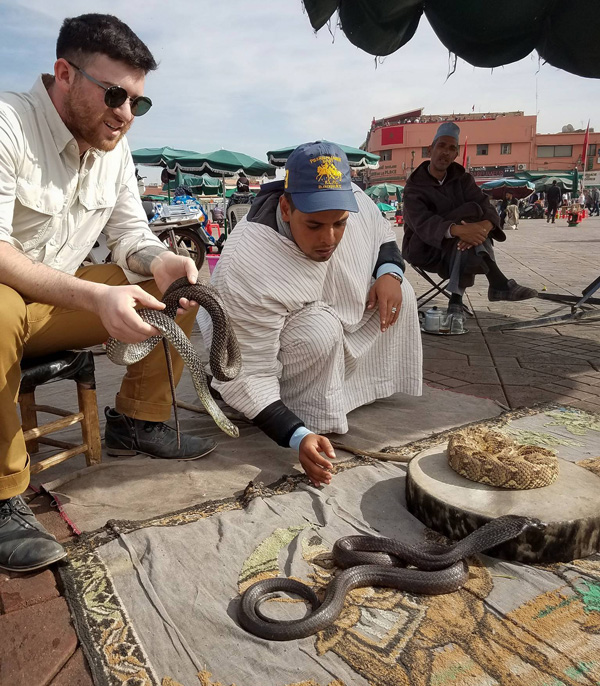 “I teach at Queens College CUNY in Flushing, and I’m a PhD student at the CUNY grad center in Manhattan. I’m working on a dissertation investigating early 17th century colonialism in coastal New York, and, specifically, how plant use and foodways were impacted during periods of conflict. I’ve looked at seeds upstate in the Mohawk Valley, and soil samples from the New York State Museum excavated in the 1990s at Mohawk archaeological sites. I’m trying to see the differences in the plants the Mohawks were using before and after the Europeans arrived.

“I haven’t started my field work yet on Long Island. The most important thing to realize is that you might think you’re studying the bygone past, but everything that has happened on Long Island in the past impacts right now. Native American communities such as the Shinnecocks, Montauketts and Unkechaugs are still here. It’s their ancestors we’re studying, which demands equal partnership with descendant communities. There’s so much to learn, and archaeologists aren’t the only authority on our past. It’s the descendant communities, also including African Americans and European and more recent immigrants to Long Island, that have an equal partnership in understanding the past and using archaeology to explore it.” 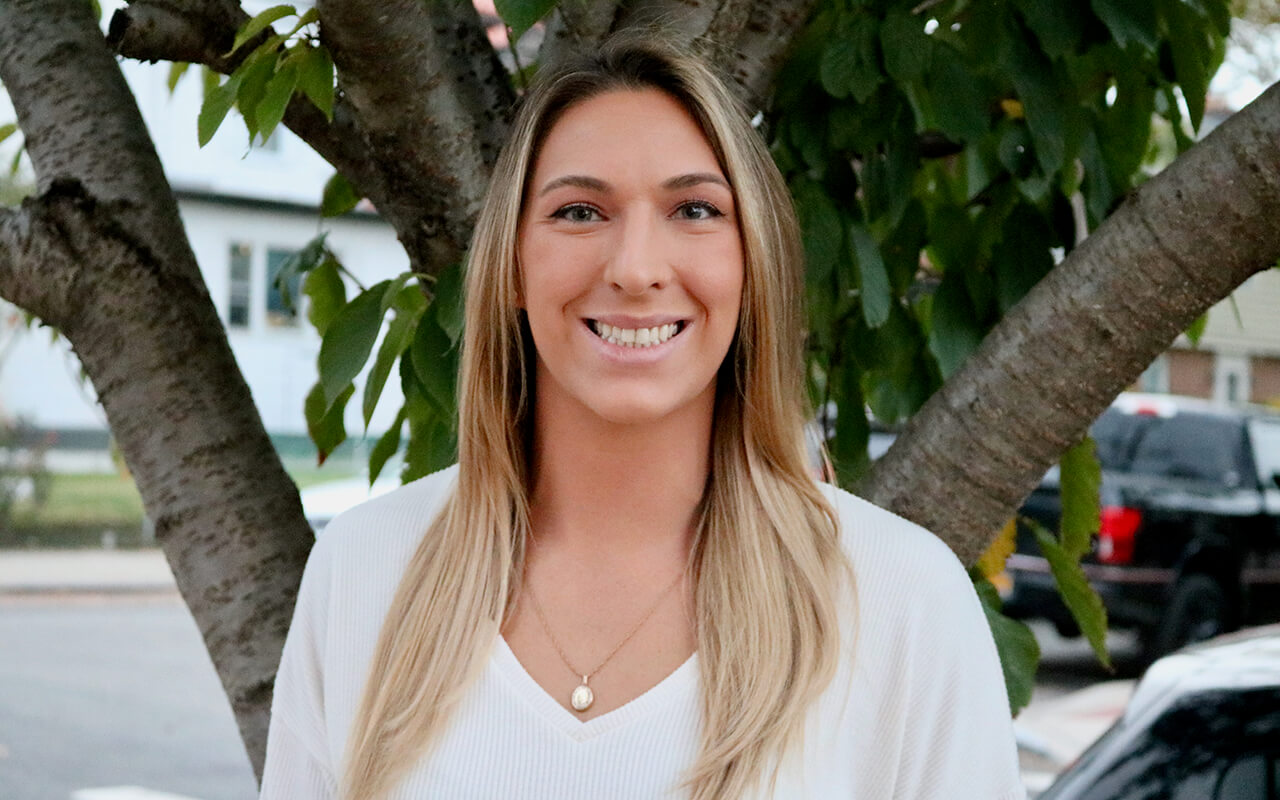 ‘This is the one thing that makes me happy, I love working with kids.’

“I have been an athlete my entire life. Basketball was my main sport. My dad was my coach and I was probably 6 or 7 when I started. He treated us equally, he didn’t come down too hard on me.

“Then I got involved in everything: track, competitive dance and cheerleading. I wasn’t much of a school person, so sports was my outlet. That’s where I succeed. I found out that I could do this in school. I thought, ‘I can go to school for exercise? This is great!’

“I grew up playing sports with my brother and his friends and my mom was the one who spent hours driving me to and from practices. When I was young, my dad was just getting out of the police academy, so he was running and doing planks.

“He drove a lot of that fitness into my life when I was little. I’m a personal trainer, strength and conditioning coach and I’m a basketball coach for the boys JV and varsity teams at Academy Charter School in Hempstead. It’s a new school that started about five years ago.

I grew up playing sports with my brother and his friends and my mom was the one who spent hours driving me to and from practices.

“The first year, I brought my own equipment. I’d buy med balls, elastic bands, jump ropes. My trunk is pretty much a moving gym. It has taught me a lot of patience.

“Working with high school boys, after being in school all day, when they get to practice sometimes, they want to goof off with their friends. I still try to be tough on them and get work done but realize when I was an athlete that age, I wanted to have fun with my friends, too.

“Schools were closed a lot during the pandemic, our season got canceled, which was tough because we had a great group of seniors, so that broke my heart. We met on the field, six feet apart, and trained a bit. I wanted to give them something to do and be in their lives. This is the one thing that makes me happy, I love working with kids. I have been interning with LIU Brooklyn to get into collegiate sports.

“Next month, I’m going to Brazil to play a few games; a mini tournament. I want to prove to my team that you really can do anything. I think that’d be cool to see my team and say, ‘Hey, I’m a pro basketball player.’”