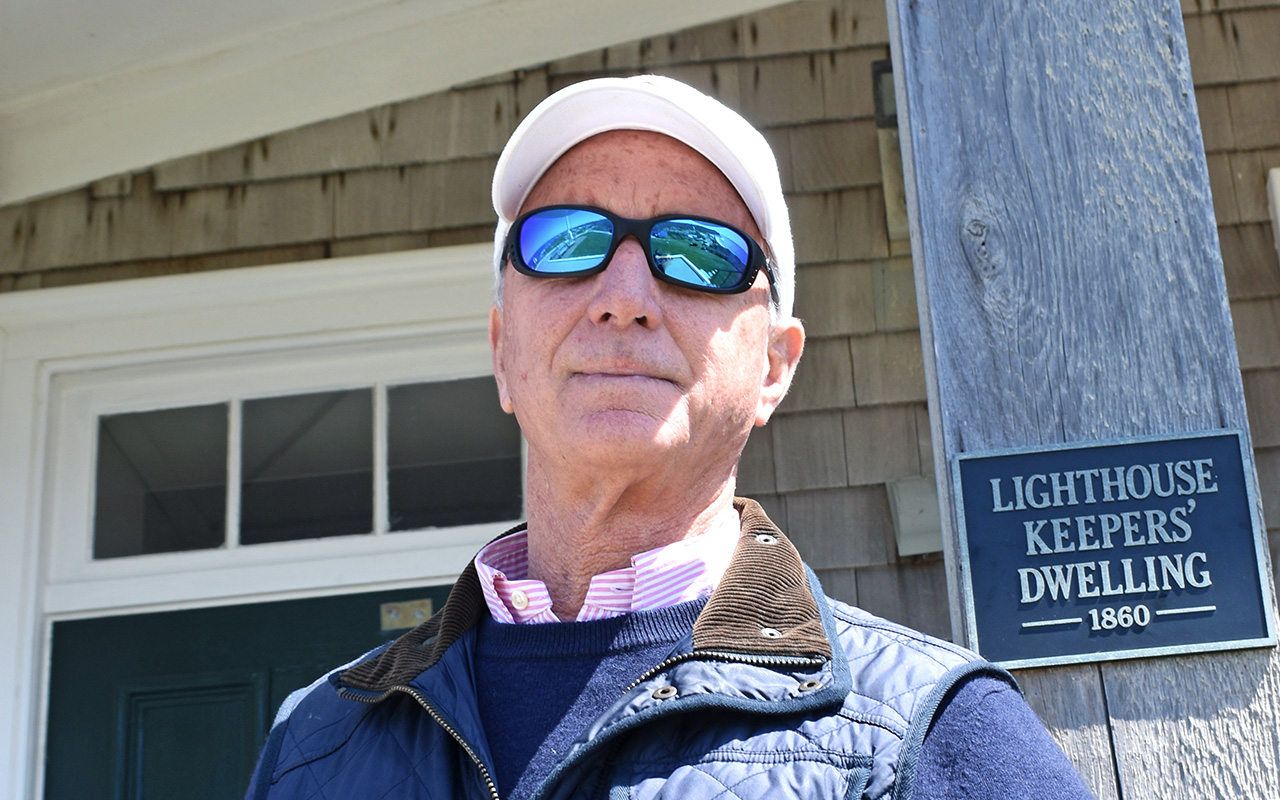 ‘It’s “The End” or “The Beginning,” depending on which way you’re coming.’

“I always loved the lighthouse. I loved fishing underneath it as a kid, surfcasting there, fishing in front of it with my dad, working on boats underneath it back when the Coast Guard ran it. It was commissioned by George Washington in 1792. It’s the fourth-oldest active lighthouse in the country and the oldest in New York.

“It’s ‘The End’ or ‘The Beginning,’ depending on which way you’re coming. I’m originally from Dix Hills but started visiting Montauk with my family in 1967. My family fell in love with Montauk so much we put a boat here and then, in 1974, my parents built a summer home on Lake Montauk.

“During college, I started working on boats in the area and at the yacht club as a busboy on weekends while going to college. I then went into the corporate world but always had a foot in Montauk.

“In 1987, my first daughter got critically ill right after birth. I was an executive in the mining business at the time, and my then-wife worked for a law firm, but we resigned and moved to Montauk for six months to bring our daughter back to health. 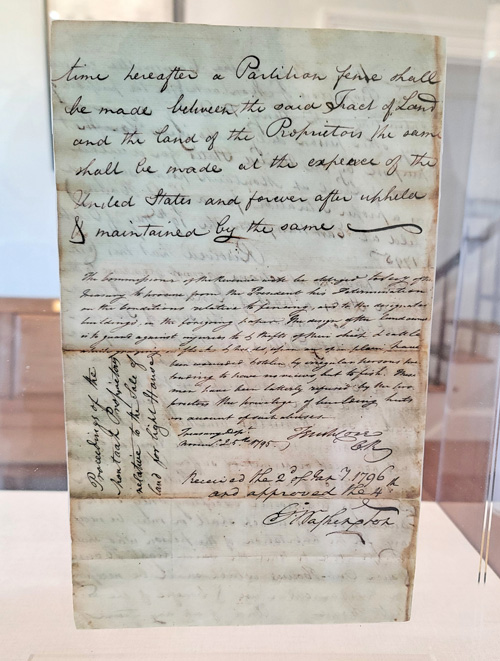 “We ended up staying for good and opening some businesses. We bought a building on Montauk Harbor; we opened a market, a bank branch, two different real estate companies and a liquor store.

“Meanwhile, that same year, the Montauk Historical Society asked to lease the property [the lighthouse], and the Coast Guard agreed. It was a slow start, as Dick White – then chairman of the historical society’s Lighthouse Committee – used to say, ‘When we first opened up to the public, we had a cigar box and did $6 in business.’

“There wasn’t a need for a keeper when the Coast Guard was there, but the society turned the lighthouse into a museum, and with that comes all the maintenance and responsibility of the property, which meant the return of a keeper.

“There’s a lot of upkeep necessary; the only things the Coast Guard still maintains are the beacon and the fog signal. Everything else the society maintains and pays for but, as the owners, receives no tax dollars from any entity. It’s paid for through gate admission, events and the gift shop.

This is an old building, and there’s things to get used to and…we have a ghost.

“In 1996, the federal government transferred the property to the society, and I came on in the late ’90s. Due to my background, the Montauk Historical Society’s Lighthouse Committee chairman asked me to help navigate the finances, and as I have this long love for the lighthouse, I was all in. Today, I’m president of both the Montauk Historical Society and the Lighthouse Committee.

“Marge, the keeper before me, was here for 31 years until 2018. She was retiring from her regular job and wanted to move. I have two married daughters and I’m divorced, so I mentioned to the committee that if she ever left, ‘I want to go in there.’

“When she did leave, we needed someone with a full understanding of all the structure’s needs, and I put my hand up. It was a point in my life where it made sense. My first year we needed to gut-renovate the keeper’s quarters and bring it up to code.

“During that time, I lived in a trailer on the property, and then in the basement on an air mattress. It was a bit daunting. This is an old building, and there’s things to get used to and … we have a ghost. Her name is Abigail, the newlywed bride of a ship’s captain that shipwrecked here. She was the only survivor; she crawled up to the lighthouse and ever since waits for her captain to return. 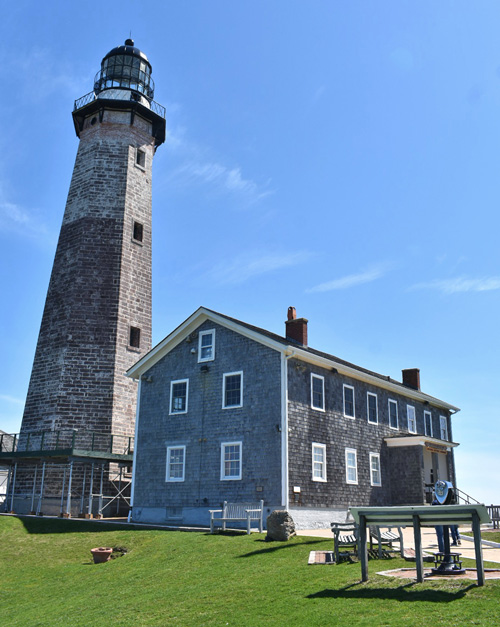 “I get teased all the time, ‘Have you seen Abigail?’ Well, I’ve had a couple of things happen, and I’m a linear guy, but I’ve hid my head under the pillow a few times.

“When Marge was leaving, I asked her, ‘What do I need to know?’ First, she explained how when the wind blows in one way, the fireplaces make an “Oooo” sound, and when it comes from another, the windows scream as they are old and leaky.

“So, my first night, before the quarter’s construction began, I was sleeping there on the air mattress, and there was a thunderstorm. I get a call around 10:30 p.m. from our historian, who says, ‘We forgot to shut the windows in the attic. We need you to go up and shut them.’”

“I still had never even been in the attic. I went up the stairs. It’s pitch dark. I get there, and something goes across my face. I started swinging my arms around, and then it stopped. I walked forward a little more, and it went around my face again, and I flung my arms, and sure enough a string wrapped around my hand. I pulled it and it was the string from a light bulb; that’s what was going across my face.

“That was my first night here! As for Abigail, I still won’t look at her painting in the museum when I walk by it. I’m still working in the banking and business world, on a flex schedule, but as the keeper, I do a lot more than just live here. 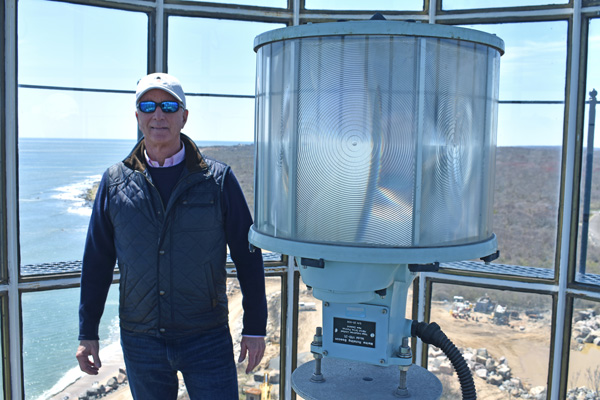 “There are restoration projects going on and more for next year. We have events here like speakers, film showings, discussions with professors and global explorers, concerts — and I’m involved with all of it.

“We also have a full-time staff, but I’m the only person here around the clock. I’m also here in case, God forbid, something bad should happen during a storm or if there’s a fire. But I’m also an ambassador for the lighthouse, to take people on special tours and talk about what it’s like to live here, to discuss what it’s like during hurricanes, nor’easters and blizzards.

“Being keeper is not for the faint of heart: The wind, let’s say it’s blowing 30 mph in town, at the tower it’s blowing much harder because of the geography, and if you’re not careful when you walk outside, your legs can get taken out from under you, or the door of your car can get pulled off.”

I never take living here for granted. I feel blessed every time I walk up this driveway, every morning I watch the sunrise.

“I love living here; I love giving tours, especially now that the tower is open again after two years because of COVID. I never take living here for granted. I feel blessed every time I walk up this driveway, every morning I watch the sunrise. We will always need someone on property.

“Marge was here for years. I’m here now and, for who knows how long? There’s been keepers here since 1797, and I’m sure there’ll be keepers here for another 200 years.

“It’s not for everybody. It’s isolated, you’re here by yourself, and you have to get used to that part. But the beauty of living here is unmatched. It’s an honor to live here.

“In beautiful weather, I’ll be outside after the property closes. Lots of times, there are surfers nearby to watch. And I happen to be a triathlete, so I bike, I run. I’m always working on our budgets for all the society’s properties.

“There’s always plenty to do, so on a rainy day I focus on business or finances or other things, so there’s always something to keep me busy. But I’m never too busy to not want to take a walk outside and sit down with a glass of rosé or a cup of coffee in the morning and appreciate the beauty of this place and the great fortune that the historical society owns it!

“I like to note that the people of Montauk and the historical society, that together we are the trustees of this national landmark — and it’s a symbol of Long Island, too! It’s on license plates! And the society actually owns it. … It’s unbelievable.

“It’s all due to the hard work of an unbelievable committee that’s done this since 1987, the hard work of many people, a very tight group of volunteers. It’s important to note there were decades of work before me that made it so I could ever have raised my hand to do this. For the next keeper, this is a treasure for that someone who appreciates and understands the mission and all that goes with it.” 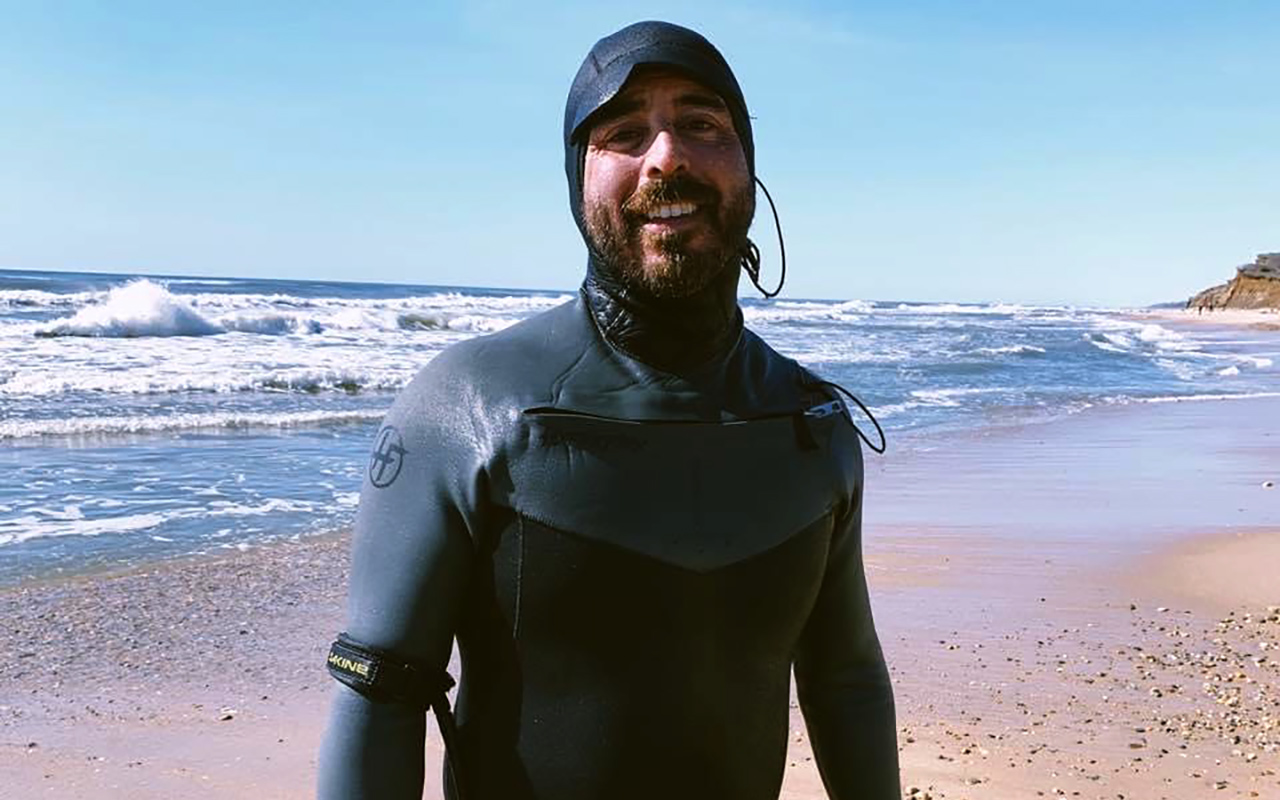 ‘I’ve traveled to Iceland, Ireland, all these really cold remote spots to shoot surfers doing what they love no matter whatever the cost might be.’

“I was always a fish. You can ask my parents. They could never get me out of the water, even as a little kid I just always loved being in the ocean. I was never scared. My mom taught me how to swim when I was very little.

“Then my friend Greg Goldberg one day took my boogie board and threw it into the dunes. He was like ‘That’s enough of that. Go get a surfboard.’ And I did; I went and got myself a surfboard. I picked it up pretty easily. I mean I was watching it for so long that I kind of knew what I had to do, so I just had to go and do it.

“Every month we would sit and wait until the surf magazines came out and we would all get together and look through them religiously, page by page, looking at all our favorite pro surfers. We had some pretty good surfers in Montauk at the time. I was like ‘we could do something like this. We could get some good photos of ourselves surfing.’ So, I took it upon myself to go out, get a camera, and just start taking photos and I didn’t know anything about photography.

I started the Cold Water Surf Series, which ended up being an art show with all these surfers around Montauk that would surf through the whole winter.

“Digital just started coming around, but it was still a lot of film. I had this little fanny pack with all the rolls of film around the waist, and I would just sit there at the shoreline holding down the trigger. Boom, boom, boom, boom. Every single wave of every single person. I didn’t know anything about lighting or composition. It was basically just me taking photos of every surfer and then we’d send the rolls away. Then when they came back, we would all pile into my little room and go over all the photos.

“I started the Cold Water Surf Series, which ended up being an art show with all these surfers around Montauk that would surf through the whole winter. That took off because people just weren’t used to seeing floating icebergs or surfers around it.

“I’ve traveled to Iceland, Ireland, all these really cold remote spots to shoot surfers doing what they love no matter whatever the cost might be. The trade-off is that when it’s really sunny and nice, everyone is at the beach. There could be 200 surfers in the water, but in the middle of the dark hours of January, not everyone wants to suit up and go surfing.”