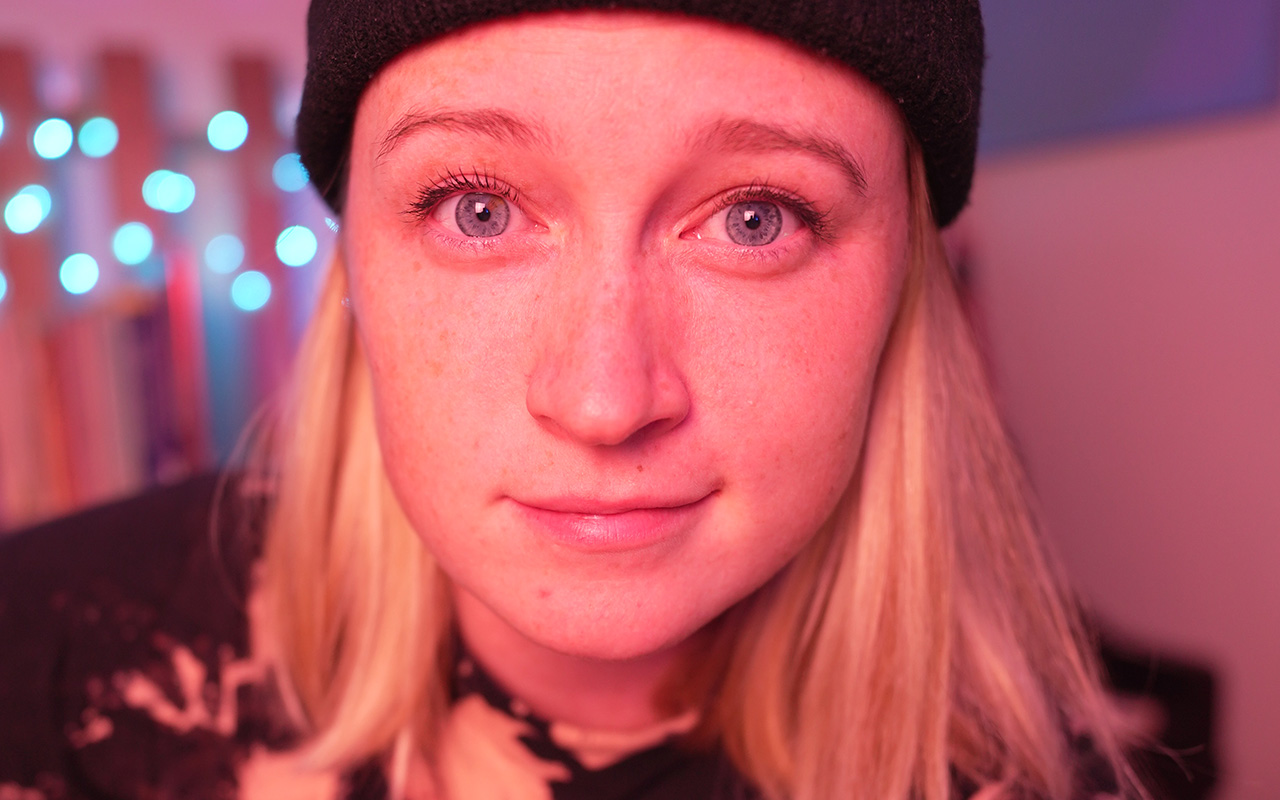 ‘Singing and speaking were my greatest fears, but I realized that I had already jumped off a cliff once and broken my back, I might as well jump again. What’s the worst that could happen?’

“Kaila Mullady is the name, beatboxing is the game. I have been beatboxing since elementary school, when I was doing it for fun and didn’t even know that’s what it’s called. If you told me that this would be my job and I’d be on Broadway doing it, I would have laughed. The cool thing about beatboxing is it was the one thing that couldn’t be taken away from me. I could always be in my room making beats or music. I was beatboxing at my lunch table, the back of the school bus, or at parties, where kids would rap over it.

“In high school I fell in love with improv. I imagined myself being on SNL one day. I went to college to be a teacher and didn’t like it, so I dropped out. My family said, ‘You can’t drop out of school. You have to have a career path.’ I looked them right in the eyes and said, ‘I’m going to beatbox and do improv comedy.’ They had the local priest on speed dial because they thought I had demons in me! At this time, I had also met a beatboxer from Long Island named J-Flo. He heard me beatbox when I was out with friends and introduced me to the community in NYC. 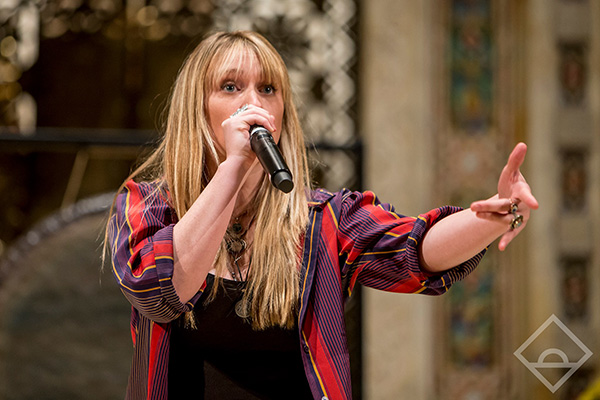 “I started taking classes in New York, but got sidetracked when I was with friends and jumped off a cliff at Kings Park Bluff. I broke my back and I was in a brace at my first ever beatboxing event, where I also found people speaking the same language. It was inspiring to me. When I broke my back, it was difficult to get on stage. What was I going to be? A robot? It paused my dreams. But even when I came out of the hospital and I was bedridden for two weeks, I could beatbox. I was watching the World Beatbox Championship. I thought, ‘Everyone in NYC wants to be an actress or singer. Maybe if I could win the next championship in three years, I will have something different going for me.’

“When the championship came around in 2015, I had completely fallen in love with beatboxing. I met Kid Lucky, who did a style called Beat Rhyming, which is when you rap or sing and beatbox at the same time. Singing and speaking like that were my greatest fears, but I realized that I had already jumped off a cliff once and broken my back, I might as well jump again. What’s the worst that could happen?” 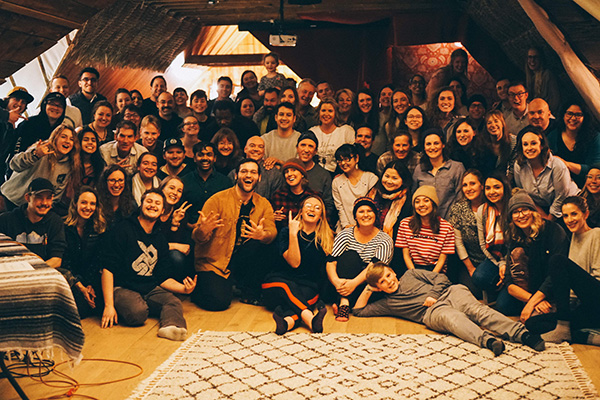 If I can become an improvised Broadway beatboxing educator, anybody can do whatever they want to do in life.

“I began taking the train to NYC every day and would street perform with Kid Lucky. I learned how to freestyle and beatbox at the same time. We would also go into libraries and get kids to read poetry because we were teaching them how to beatbox, rap and beat rhyme. They would get so excited.

“I realized I could be a teacher without working in a school. I was going into the city at 10 a.m. and coming back at 5 a.m., hitting every open mic night, trying to make enough money to come back the next day. I had no connections when I first started. Slowly my reputation started to take off. I found a group called North Coast who did a hip-hop improv show. I thought it was incredible. There was also a big battle scene in the U.S. I started battling and winning in the states. I became the first girl on a national level to beat a guy in a competition. 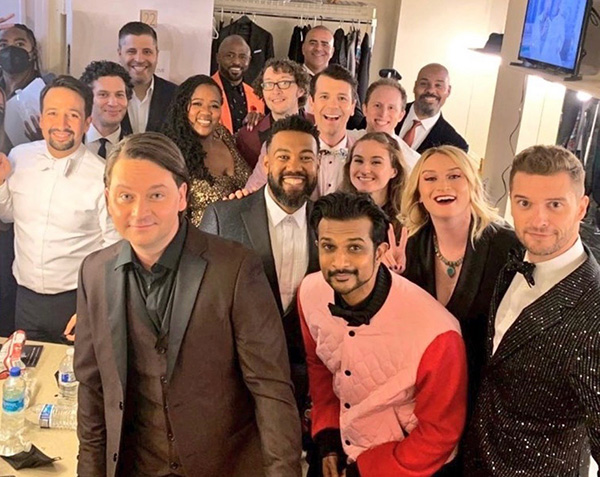 “I’m really happy that I helped pave the way for newer women to come on the scene. I went from that to being on TV shows and on Broadway in Freestyle Love Supreme. As a beatboxer, there aren’t many road maps. I never knew Broadway would be an option one day. My ultimate dream was to mix beatboxing and theater together. Now I just performed at the Tony Awards, and I am in one of the first Broadway shows that is improvised with Wayne Brady, Lin Manuel Miranda, James Monroe Iglehart; incredible artists, every night going on stage with just our talent and hearts. 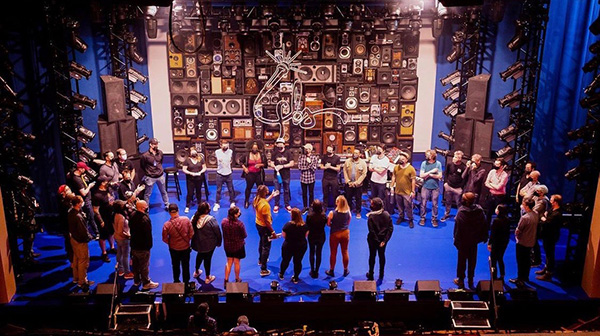 “Nobody knows what’s going to happen; there’s no script. You really have to believe in yourself. I’m so glad that where I am now looks completely different than where I was 10 years ago. I’m so happy with the hard work and the obstacles I’ve had to overcome to be where I am. Now I have my own company called the Academy of Noise, where we are trying to bring beatbox education to kids to have a fun way to practice their speech goals and communicate better. We like to say, ‘The first step to speaking up is making a sound.’

“When more people are able to create careers out of their passions, that’s when we can make more positive changes in the world. If I can become an improvised Broadway beatboxing educator, anybody can do whatever they want to do in life.”