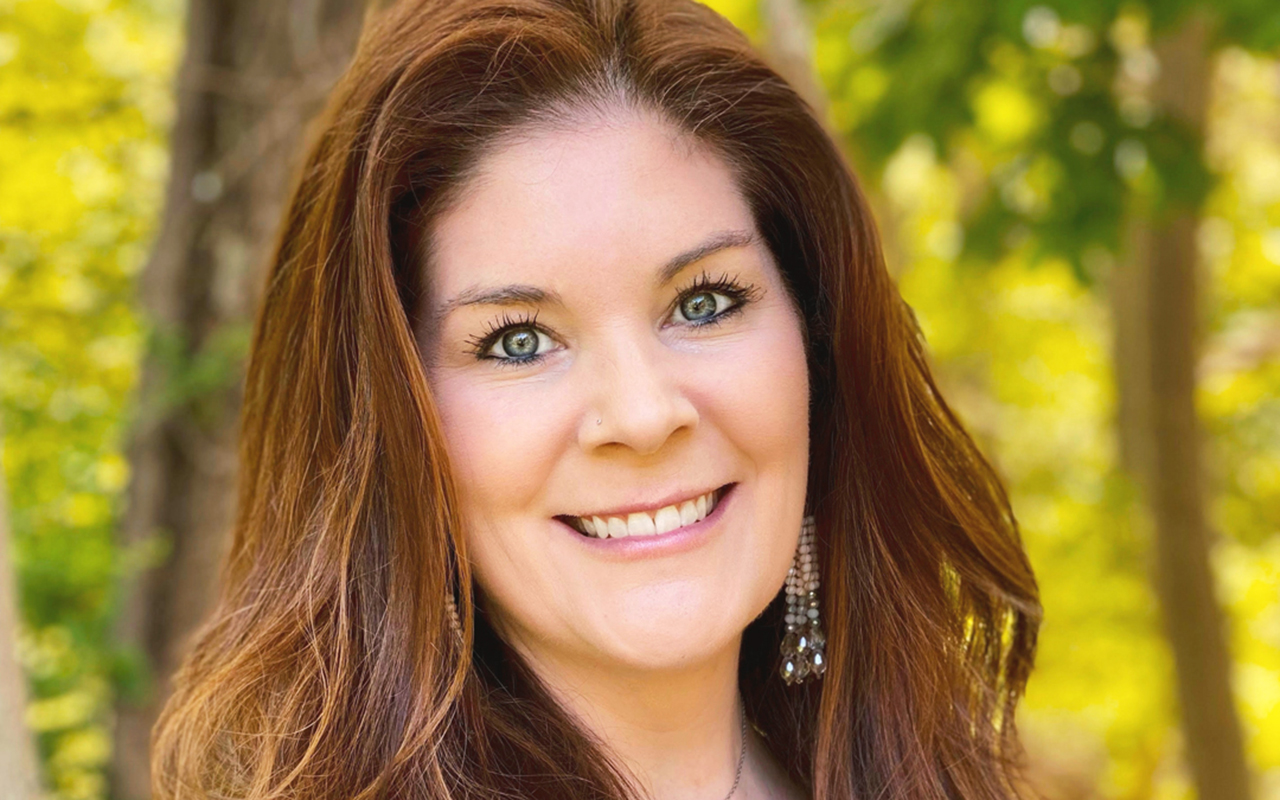 ‘As a mom, I wanted to grab her and hold her and I wanted to scream and cry, but I was so petrified because I didn’t know what was happening.’

“I’m a mom from Long Island. I have three kids and they’re all pretty much a year apart. Paige was always my wild one. She was my number three and I let her do what she did. I let her beat to her own drum. She wore whatever she wanted. She was just so full of life and fire, and I adored it. I adored every piece of her. I always would say, ‘You’re only six once…let’s do it!’ Everything was great. I had the most perfect life that anyone would ever dream of.

“On January 8th of 2018, my life was just flipped upside down. I sent all my kids off to school. Everybody was happy, healthy. I pulled into my driveway and got a phone call from the school nurse saying that Paige was there with a bad headache, she was crying a lot and I needed to come. Paige was not what they call a ‘frequent flyer’ in the nurse’s office — she just wanted to rock out with her friends. I figured she’s got the flu or something.

“I didn’t even make it to the end of my block and the school nurse called again and told me that they had called 911 and that Paige was unresponsive. I pulled into the school, and they had the front doors open for me. I ran in and Paige was having seizures and the EMTs came in and were struggling to get her vitals. As a mom, I wanted to grab her and hold her and I wanted to scream and cry, but I was so petrified because I didn’t know what was happening. It was like an out-of-body experience and everybody’s faces were so white and everybody looked terrified.

“By the time we got into the hospital they were on top of her, and she was coding. This all happened in minutes. They put Paige in the room, and it was like the hospital stopped. They finally got her well enough to get in for an MRA scan and found out that she had a severe brain bleed which they called an arteriovenous malformation, an AVM. They attempted to do surgery. They did say to us that the situation was very grave, and they really didn’t know what the outcome would be. They came out and the surgeons were actually crying — and we knew. We went home and it was a nightmare. Our lives are never the same, we’re not the same people. I’m a shell of who I am. I just try to be a good mom, a good wife, and a good friend.

This is my life’s journey. Once it’s done, I’ll sit back and grieve and rest. But until then, I’m after a murderer. And I’m going to lock it up.

“About a year and a half after, we went in to see the neurosurgeon that did the surgery because I needed to know what the hell was going on. And that’s when he told us that it was an AVM that develops in utero, but there’s no way of knowing until it ruptures like what happened with Paige. He said it’s a ticking time bomb but if we knew it was there, it was operable, and she’d be alive and most likely very healthy. I looked at him and was like, to myself, ‘How in this day and age with all of this preventative care and screenings is this possible?’

“That led me to talking to people all over the world, obsessing about this. I would say 98% of the people that I’ve spoken to said the same thing: We were told we were born with this, and if we knew, it was operable. Now we’re either alive and severely disabled or we lost our loved one.’ My girlfriend pushed my hand and said, ‘You need to do something about this, and I know you can.’ So, I said, ‘I’m going to start a foundation and change the world.’

“I was a one-man show for a long time — connecting with people about this disease. A local mom, who’s a nurse, reached out and said, ‘I’ve been following your story and I work in a brain center. We think that we can help you with developing a screening program and early detection.’ She said, “We’ll call you in a couple of days.” There I was, I’m on the phone with a neurosurgeon who is like the most brilliant man ever. He said, ‘I can help you and we’ll do it together.” To date, I think we’re just under 200 screenings. We’ve worked together for an educational program for first responders.

“I also created an AVM awareness program within the school systems. I’m going to be fighting to have a law passed. We’re going to call it Paige’s Law. I personally feel that pediatricians should be talking to people about this disease. You should be educated on it. And when you’re ready, if you choose, you should have your child screened and scanned. Getting it out there, that’s the biggest part. I do feel in my heart, it will become the new way. This is my life’s journey. Once it’s done, I’ll sit back and grieve and rest. But until then, I’m after a murderer. And I’m going to lock it up.”