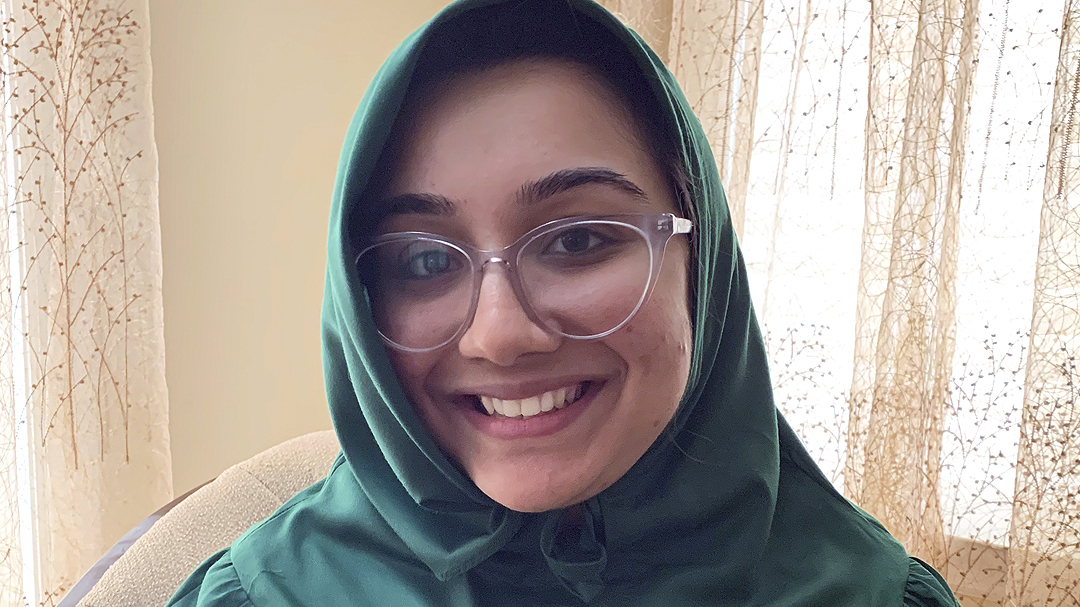 ‘At first, you feel like you don’t know what you’re doing but slowly, as you start memorizing more and more, a sense of accomplishment really drives you.’

“I finished my sophomore year, and nothing had panned out in terms of internships. Other people were completing internships and I felt like I was wasting my time. I had been on and off memorizing the Quran the past eight years, but didn’t get far, so to deal with the anxiety of feeling left behind I started to refresh what I knew already. I felt at peace every time I was doing it, so I decided to take the year off and see how far I got memorizing. I knew that if this was something I wanted to do, I wouldn’t be able to do it in my current environment. I was not in the right headspace here. I was struggling with college and didn’t know if what I was doing was what I wanted to do.

“I needed to leave New York. There are a few centers around the world where you can memorize the Quran. I had known a couple of people who had gone to Nairobi, so I decided let me just go and see how it is. Going to Nairobi was a completely fresh start. It was Quran all the time. I had never gone through such a rigorous program. At first, you feel like you don’t know what you’re doing but slowly, as you start memorizing more and more, a sense of accomplishment really drives you. If I could do five parts, there’s nothing stopping me from doing 10, or 20, and then pretty soon you’re done.

Now I’m doing stuff I’m passionate about and I’m happy. Quran really helped. I know it’s a holy book but for me it’s so much more; it’s part of me.

“Memorizing the Quran is physical, but it’s also such a spiritual journey. You have no motivation other than wanting to do it for yourself on a spiritual level. It took me 15 months to memorize the 30 parts. Once I was done, I didn’t believe it. It was bittersweet. All I had thought about for 15 months was the Quran—to all of a sudden not have it be an integral part of my life was hard to deal with. I was initially pre-med and it took memorizing the Quran and realizing how much fun I had with this insane task to see I was not happy pursuing pre-med. It gave me courage to say pre-med’s not what I want to do; I want to pursue publishing and magazine editing.

“Before, I was super busy because of science labs and all that but I was always lacking. Now I’m doing stuff I’m passionate about and I’m happy. Quran really helped. I know it’s a holy book but for me it’s so much more; it’s part of me.”