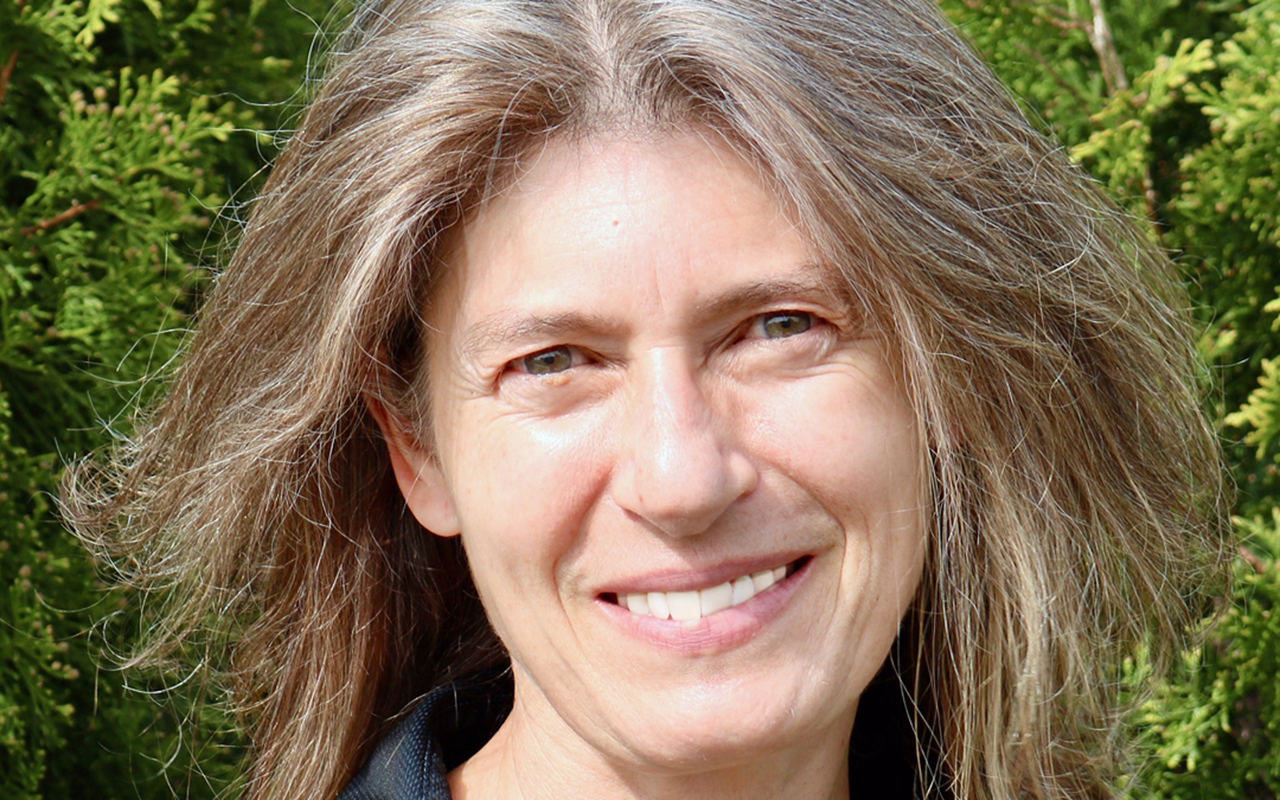 ‘I’m planning on doing a fundraiser in the fall for the ALS Ride for Life, I’ll run a virtual Boston Marathon on the Greenbelt Trail.’

“I teach the Comsewogue High School choir, direct plays and musicals at the school and I’m the girls’ varsity cross country coach. The mindset required to become skilled at a sport or in music are similar. I was a science major in college, and I changed my major my first year because I was still singing in choirs. There were no music jobs in Massachusetts the year I graduated, not one.

“There were jobs on Long Island, so I moved to teach in East Hampton before I went to Comsewogue. That’s how I met Christine Pendergast. She was a phys-ed teacher there and dean of students, head of the union. She wore many hats. Her husband, Chris, was diagnosed with ALS and he started the Ride for Life, and he ended up raising millions for ALS research. The Ride for Life was going to come to Comsewogue, so I prepared a song for the kids to sing for Chris. Every year, Chris would come, and the kids would sing something they hoped would be meaningful to him like, “Blowin’ in the Wind” or “Fight Song.”

Chris was a big inspiration for that, and I would give him my medals. It was a nice tradition. We had a nice relationship for all those years.

“I ran the Boston Marathon about 20 times, and I would fundraise through the school, we did it for all those years until right before the pandemic. Chris died soon after in October. I’m from Gardner, MA, originally, and I grew up watching my mom running the Boston marathon, so I started running with my husband in 1997. I started doing triathlons, and I did the grandaddy of triathlons in Hawaii. The conditions there are very challenging. It’s very hot, humid and windy but it was really a celebration because I had done so many Ironmans before that. That they gave me an opportunity to compete there was special and to be able to fundraise for Chris.

“Chris was a big inspiration for that, and I would give him my medals. It was a nice tradition. We had a nice relationship for all those years. I’m planning on doing a fundraiser in the fall for the ALS Ride for Life, I’ll run a virtual Boston Marathon on the Greenbelt Trail. I don’t know what’s going to get cancelled because of the pandemic, so I want to plan something that I know that I can do. That way, I can continue to raise money and continue that tradition.”