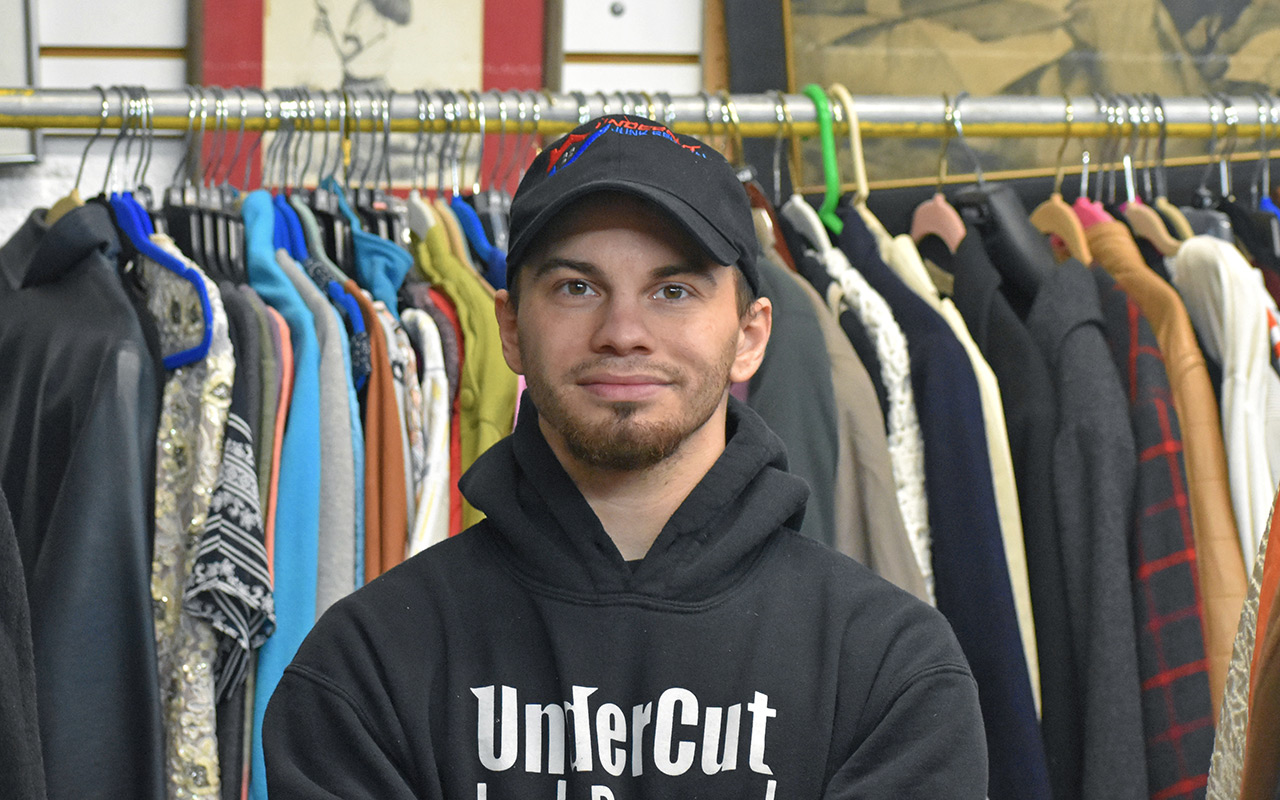 ‘I look at life like, “What’s the point of being here if we don’t make an impact on the world?”’

“When I was like 16-17, there was a guy who used to sleep under a bridge in a park near my house in Freeport. He was the first homeless person I ever met. We’d buy him food and talk to him. He was a normal everyday guy who was just going through some tough times. He was the start of the inspiration that led me to help the homeless today.

“Back when I was 19, me and my buddy saw this lady on my aunt’s block carrying stuff. She asked if we could help her, and she ended up giving us some things I thought I’d sell at a yard sale. That led us to start doing free junk-removal jobs so we could do yard sales, but then we realized, ‘Hey, people charge money to do this.’ I also realized it could help start a thrift shop and help me help the homeless.

“Some jobs, maybe where unfortunately someone has passed away, we’ll find things that we can sell. We offer those customers a discount, as we charge based on what’s being cleaned up. If I see maybe clothing or furniture, I’ll say, ‘Hey we can recycle or resell a lot of this.’ But if I find, say, a nice winter coat, I’d rather donate that than have it sit in the thrift store and sell for 5-10 bucks. We do sell some of the designer clothing we come across, but that mostly goes to gas and things like that. We’ll hand out some clothing to people on the street, donate books to libraries, and work with groups that can distribute stuff to people in need.

Even if I don’t end up making a big impact, maybe I can be that push someone needs to get their life started.

“Among other things we’re also donating toward is a global organization that digs wells, and as I’m a volunteer firefighter, we’re working with another fire department and their clothing drive to get clothes to the survivors of that horrible Bronx fire that happened in January. The money we donate comes from both junk removal and our thrift store. We’ve also filed to become a 501(c)(3) nonprofit focused on the homeless on Long Island, but right now we’re just donating from the money we make.

“I look at life like, ‘What’s the point of being here if we don’t make an impact on the world? Even a small impact.’ I want to do something game-changing, but even if I don’t end up making a big impact, maybe I can be that push someone needs to get their life started, and I’m fine with that.”