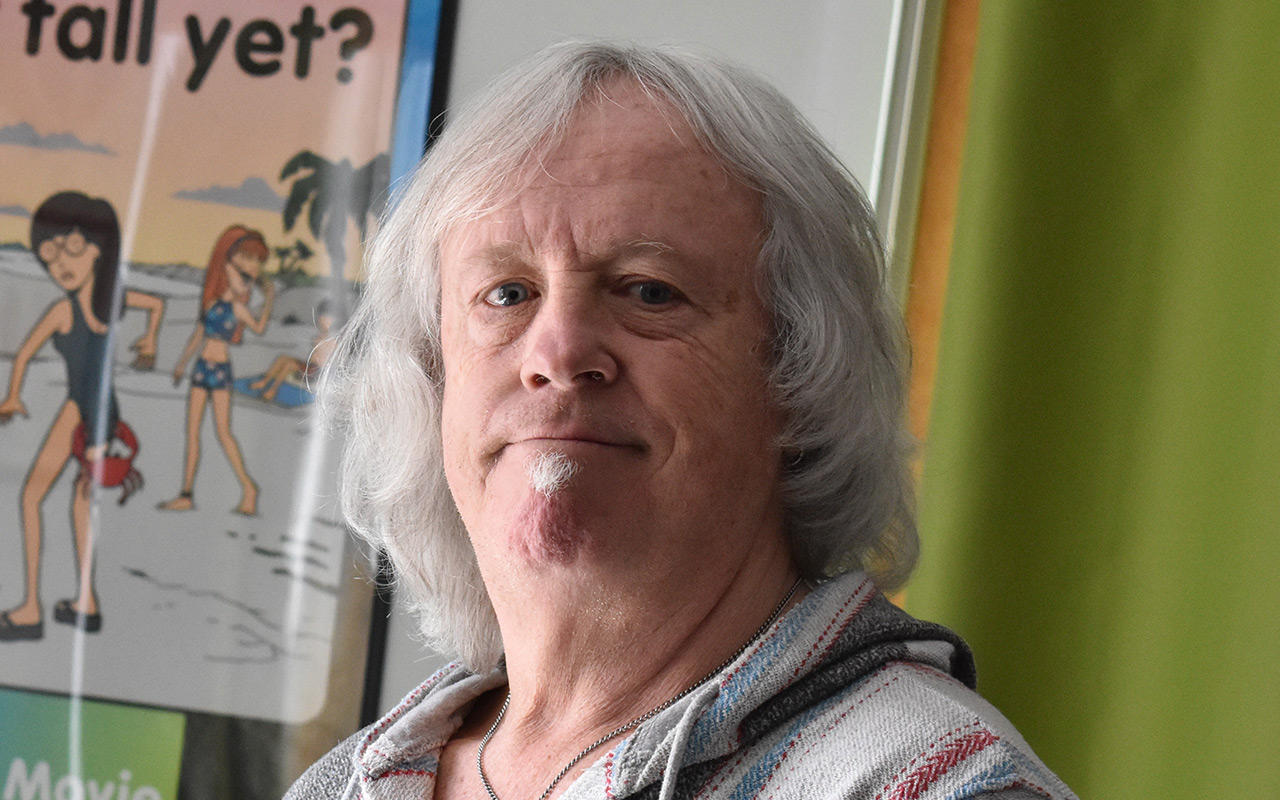 ‘It’s a nice escape when you can create your own little worlds and color them the way you want them.’

“It started with watching early pop cartoons and Disney when I was a kid. I loved the way they looked, so I started doodling. I was drawn to pop art because of the bright colors. I realized how much I liked it, and people said I was good at it, so I developed it.

“When I got into high school in the mid-’70s, I was in a BOCES program for commercial art. My teacher opened my eyes to painting and how to draw properly, things I wasn’t aware of as a kid. He was doing professional illustration and watercolors, and I’d never seen anybody do anything like that. He would always correct me when I was doing something wrong. That helped me expand to taking art seriously.

A lot of people told me that art is a nice hobby, but you can never make a living doing it. I said, ‘I have to try. It makes me happy.’

“Later, I went to the School of Visual Arts and began doing freelance work. I always wanted to get into animation and ended up working for MTV in the ’90s on a show called ‘Daria.’ I was doing animated commercials for them too. From there I went to Fox to work on ‘Teenage Mutant Ninja Turtles,’ and then PBS, where I worked on ‘Clifford’s Puppy Days.’ I’d hand-draw the backgrounds, and then I’d ink them. They’d scan and color them digitally. I did some hand-drawn character design, too. My inspiration was from early cartoons and animated films, and later became poster artists working on old rock and roll posters; they’d use wonderful colors and airbrush. Illustrators in magazines would inspire me, and I’d collect books that people made of their artwork. I’d be all over the place, with artists like Peter Max, Rembrandt, H.R. Giger and Picasso. It’s a nice escape when you can create your own little worlds and color them the way you want them. A lot of people told me that art is a nice hobby, but you can never make a living doing it. I said, ‘I have to try. It makes me happy.’ 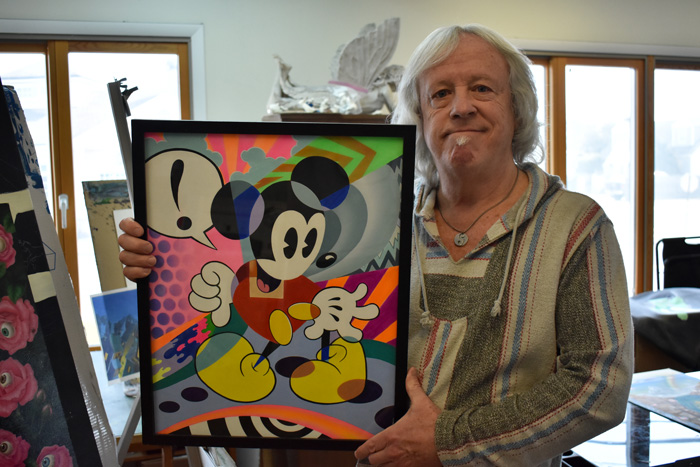 “When you wake up in the morning, you don’t want to mind going to work. If you can like what you’re doing, that’s a beautiful thing. I also opened my art studio, Creation Art Center, in Massapequa, and I have been teaching at it for about 20 years. It has been very rewarding. I have no training to teach, but I learned that I can do it. It is never too late to pursue your passion. If it’s really in your heart, believe in yourself and go for it.”