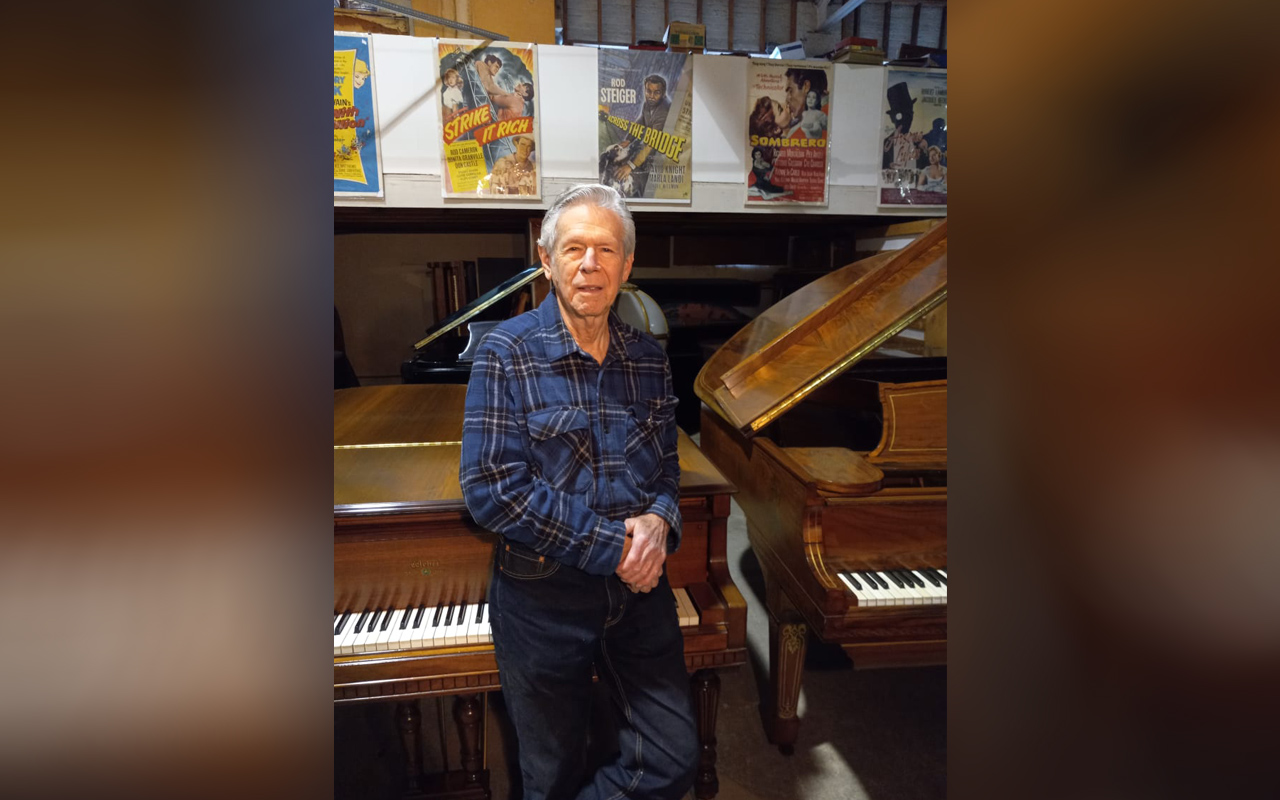 ‘Pianos and cars are both mechanical devices that lend themselves to disassembly, and hopefully, reassembly.’

“I grew up in a tenement in Manhattan’s San Juan Hill neighborhood, demolished in the ’50s to build Lincoln Center. Whenever my mother went visiting, she took me along. Everybody had a piano in those days, so I entertained myself fiddling around on the keys. I wanted a piano, but we had no space or money. When I was 19, I took over a gas station, and in a few years, I owned an auto body shop in Glen Cove. I repaired all brands from Ford to Rolls Royce.

“I had just finished painting a Corvette a special color, blue pearl. Months later, the owner showed up saying sheepishly, ‘I had an accident with the car.’ I was very upset that all this beautiful work got destroyed. Though depressed, I continued working on automobiles. I don’t often remember my dreams, but one Saturday night I had a dream of only a woman’s name written in yellow script in the black sky. Sunday night, I called information in all the boroughs and finally found a listing by that name in Brooklyn. A woman answered the phone. To make a long story short, we made a date for dinner, we had a bite and talked, but never got beyond that night. She was just a catalyst.

Never deprive a child of what he wants because someday he might overcompensate.

“The movie ‘The Sting’ had come out, and there was a guy at the restaurant playing ragtime on a big upright piano. He was a piano restorer and dealer. We became friends, and I kind of morphed into the piano business, working on pianos in my house. I’d go out and buy what I thought was a good piano, drag it home in my pickup truck and fix it up. As a boy I used to take everything apart to see how things worked. Pianos and cars are both mechanical devices that lend themselves to disassembly, and hopefully, reassembly.

“I started buying, restoring and selling pianos, and when I had 11 in my house, I needed a larger place to work on and sell them. A friend with a storefront operation in Sea Cliff sublet me a space. In 1977, I found the place that I have now. I started off with a small space and kept taking over more space until I had most of the building. Today, I have over 700 pianos in four locations, including my Glen Cove store, The Piano Exchange. The moral is: Never deprive a child of what he wants because someday he might overcompensate.”