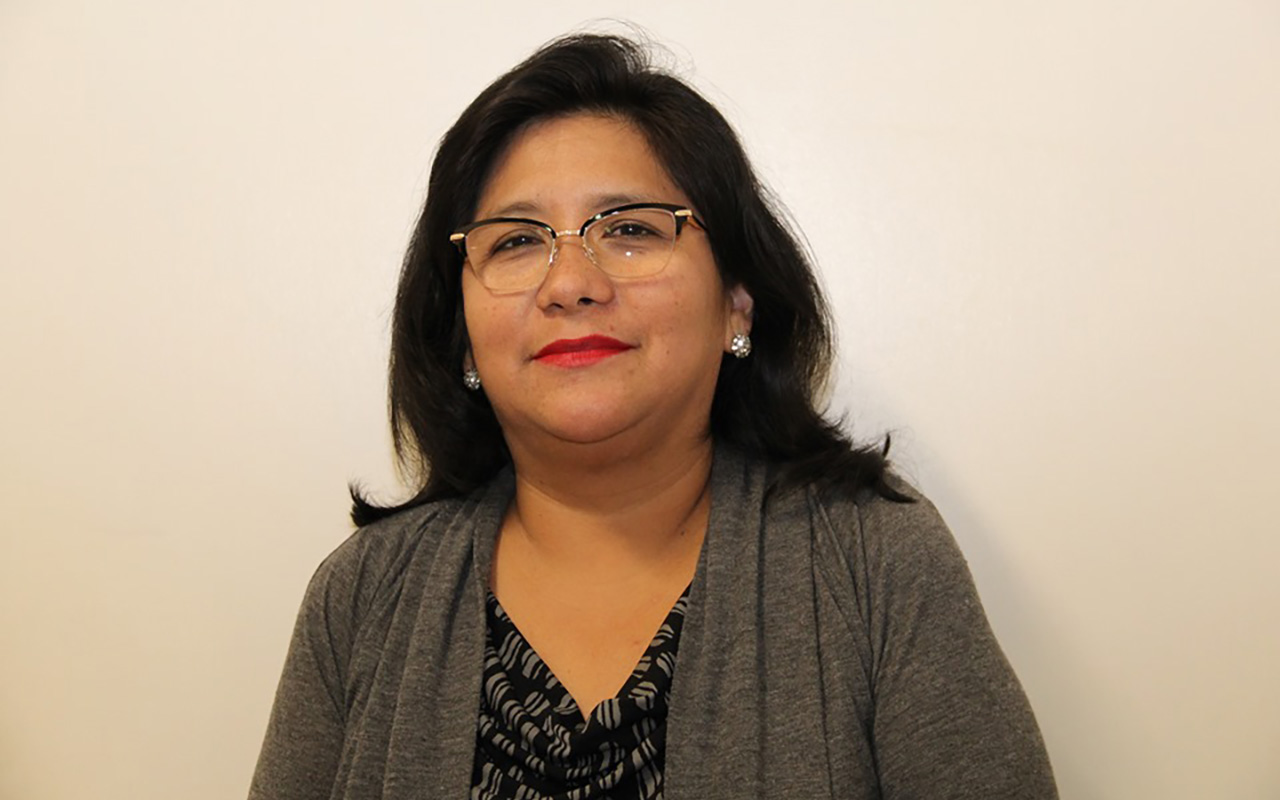 ‘I said to myself, “There are more Pilars out there, and they need help. This is my time to change the lives of others.”’

“I was born in Peru. My grandparents were farmworkers who migrated to the capital of Peru, to Lima, and once there, the only jobs they could find were cleaning and working in houses and as babysitters, just like immigrants here. My parents were the first generation to obtain college degrees. My father was a dentist, and my mom was a college math professor. Growing up in Lima, I was placed in private schools, but I felt that my parents were ashamed that they had succeeded while others around them didn’t have the same opportunities. My parents made room at our table for the workers at our home, and we all ate together. They always told us, the higher you go, the harder the fall. They’d say, ‘This is where we are now. We don’t know where we are going to be later on.’

“Then, during the terrorism of the Shining Path, they lost everything. In 1989, I was 18 and in business college, and my parents felt I’d be better off moving to New York. I was determined to continue my education. Coming from an underdeveloped country, we always talked about the basic human needs: shelter, food and clothing, which my aunt and uncle graciously provided. Everything else I had to do on my own. There were times that I didn’t even have a dollar to buy a token to get on the train to go to school. I started cleaning apartments and babysitting on the Upper West Side. There were many nights when I’d babysit in the building with balconies overlooking the entrance to Tavern on the Green. I would look at people going in and out of that beautiful place and wonder how someone gets there.

“I graduated from LaGuardia Community College and started moving up in a financial corporation in Manhattan. I was invited to the Christmas party, and we rode there in a town car. We ended up going to Tavern on the Green. I looked up to see that apartment balcony I had once stood on, and then I looked at my palms that had been ruined all those years as a cleaning lady. I thought my palms were beautiful. That was the day that I could say I made it, after such a hard and painful process, and I said to myself, ‘There are more Pilars out there and they need help. This is my time to change the lives of others.’

‘It was hard to understand how these people could judge me because of the color of my skin rather than my character. I found out later my neighbors had started a patrol to watch out for us.’

“There were many immigrants just like me, and we were all experiencing similar things. I had a degree in finance, but it was difficult to move up the ladder on Wall Street because I was an immigrant woman with an accent. I ended up at a law firm for 15 years. When I became pregnant in 1992, I wanted to raise my child in the Half Hollow Hills School District, so my husband and I moved to Dix Hills. We got hate mail that we didn’t belong here, threatening to burn down our house and kill me if we didn’t move out. I had experienced professional biases, but not a degree of hate like that. It was hard to understand how these people could judge me because of the color of my skin rather than my character. I found out later my neighbors had started a patrol to watch out for us. Another turning point was when my son experienced a racist teacher. I started working with a group of other immigrant mothers to help their children successfully navigate the school system, with the aim of future success. 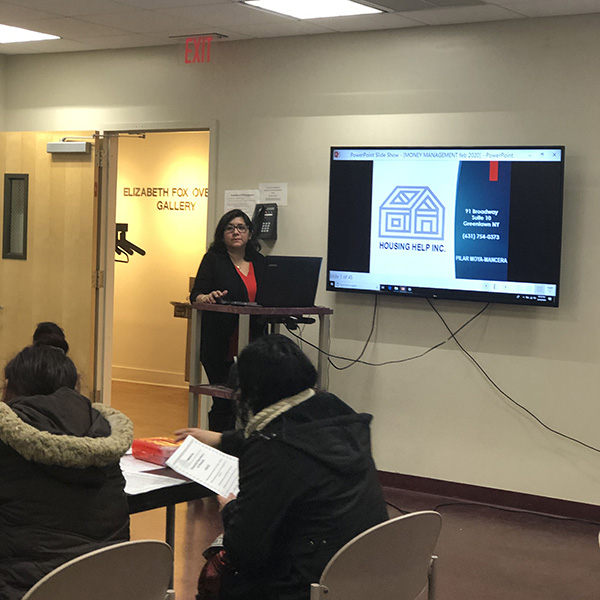 “During the 2008-09 recession, I started volunteering with the Family Service League, leading their financial counseling. We saw so many clients who had been doing so well who had now lost their jobs. Just like my parents, I was seeing again how you can go from having it all to having nothing. There were no classes to teach foreclosure prevention. I was asked to work for Housing Help, which desperately needed a bilingual foreclosure prevention counselor at the peak of the foreclosure crisis. I worked part time at Family Service League and part time at Housing Help, and I loved it. That’s when I started meeting with Latino homeowners, many of whom were victims of predatory lending. I realized that I needed to work with immigrants to provide more financial literacy, and that became my passion.

“I’ve been the executive director of Housing Help since 2017. Financial literacy means a family can be able to purchase their own home, changing the lives of their children. It’s important to share that with them because it’s not just about buying a house; it’s about helping the children so that they can do better to get out of the cycle of poverty.”