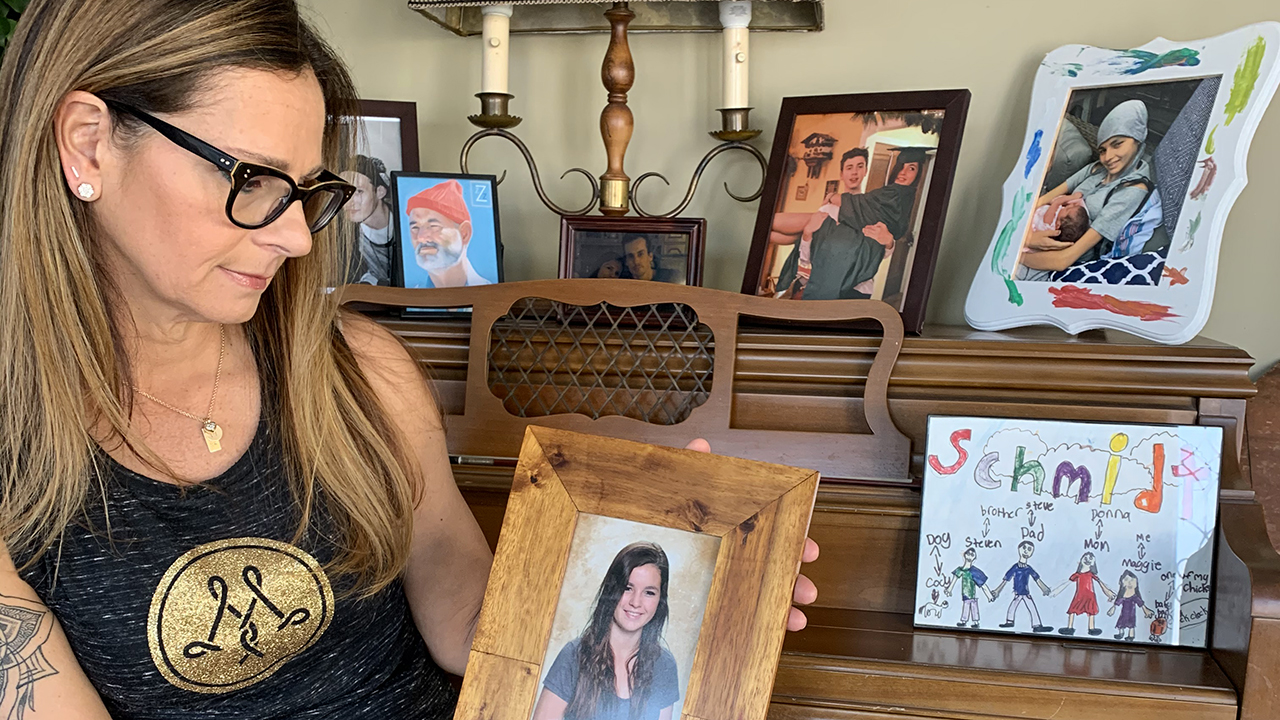 ‘It changes you watching your own child die but also watching other families suffer from the disease of childhood cancer.’

“Maggie didn’t want to be known as the girl with cancer. It’s odd she got struck by this. We wonder how and why all the time. She was 16 when she was diagnosed. She was a really healthy young girl. She never really got sick. She loved life; she was a go-getter. She was in the prime of what was to be a beautiful life. One day in August, she texted me saying she didn’t feel well. I took her to the hospital and as every hour passed, she would get paler. She was bleeding internally the entire afternoon into the evening. They thought it was a cyst that had hemorrhaged. But they missed the cancer on the slides. What they thought was a cyst on her ovary was a tumor. In October, she felt pain again in the same area. The ultrasound tech said they found a hematoma on the same ovary that had been operated on and that we had to have it drained. But it wasn’t a hematoma. The tumor burst again and Maggie almost bled to death for the second time. They had to do a major surgery and removed her right ovary and pieces of her colon. They didn’t tell us right then and there it was cancer, but they did tell us they saw a mass. They told us it was stage 4 small cell carcinoma of the ovaries and there was nothing they could do. We sought opinions from different hospitals and Memorial Sloan Kettering said they would take her and try chemo and surgery, followed by radiation. But she never made it that far. The chemo didn’t work. It was seven months from diagnosis to the time she died. There’s no telling if Maggie’s outcome would have been different if it would have been diagnosed in August, as opposed to October, but I’ll always wonder. Could she have been saved? There’s no easy way to say goodbye to your child. It was hard watching a beautiful teenager who had everything going for her waste away before our eyes and to be in as much pain as she was in. She knew about all the things I had done in my life: traveling, hang gliding, scuba diving. She knew about all that and the one haunting sentence she said to me before she died was, ‘Mom, it’s not fair you got to do so much in your life.’” 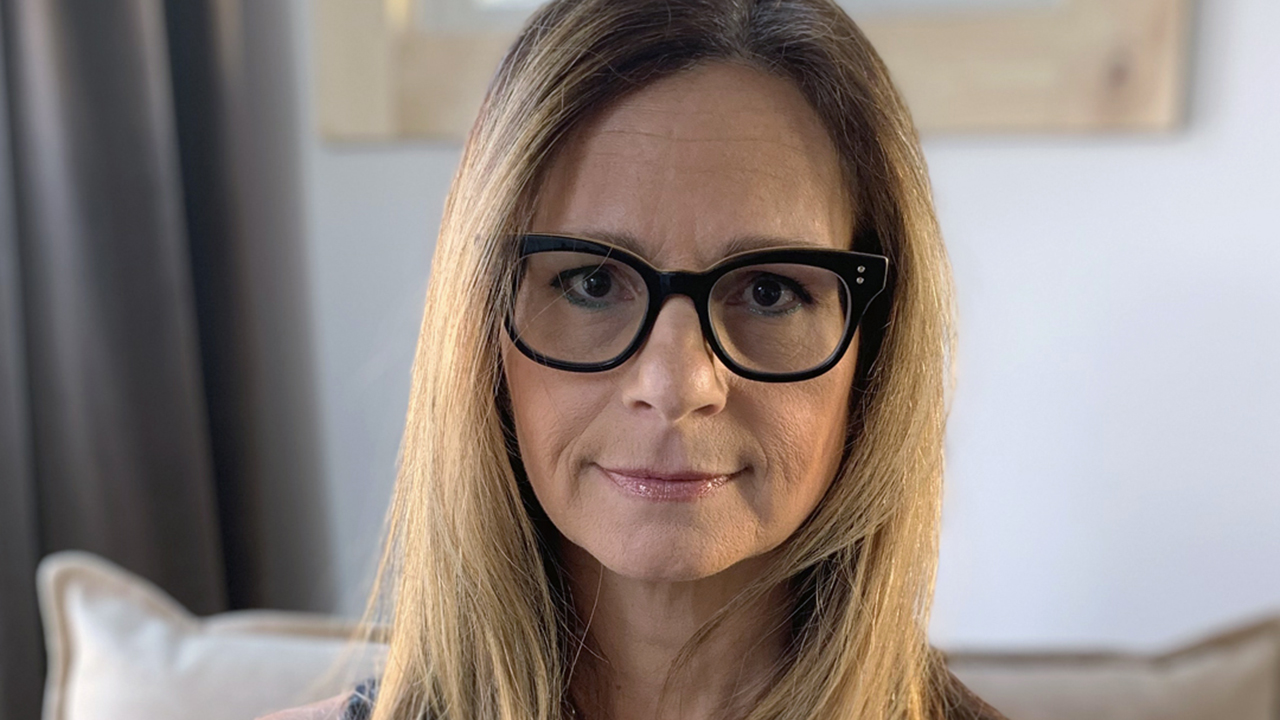 “We found the bucket list in a sketchbook after she died. Since she passed, family vacations were very different for us. We had routines and places we would go every year; those felt hollow without her. We decided to do a road trip in honor of her, to honor her bucket list. The Red Hot Chili Peppers were one of Maggie’s favorite bands and they were awesome to her. She met them while she was in treatment. Two of the band members were playing a concert in Big Sky, Montana, so that was our destination. We took Maggie’s ashes with us so we felt like she was with us. We found a lot of serendipitous things happened along the way. We felt like there were little signs from her. We happened across a town where the show “Northern Exposure” was filmed and there was a character from that show named Maggie; we had named her after that character in the show. We found the birthplace of Laura Ingalls Wilder, author of “Little House on the Prairie,” and that was a series Maggie loved. We ended up going past our original destination of Big Sky and made it all the way to the Oregon Coast, where we let go of some of her ashes. That trip felt beautiful. For my husband and I, it brought us closer.” 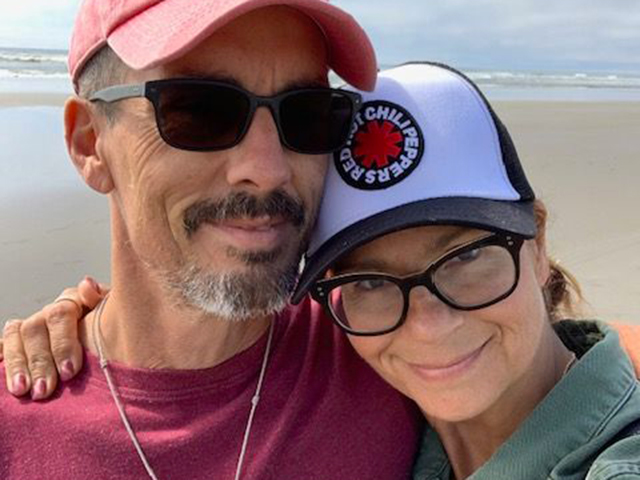 Look what we all did when we put ourselves in the fight to find a vaccine for COVID. It happened quickly. Imagine seeing that happen for kids.

“Maggie loved children so to go to Memorial Sloan Kettering and see these children suffering was hard on all of us. That’s what spurred her into action by asking us to help save other kids. We were a fully legal nonprofit by September of 2017. This is what we do now. Pediatric cancers receive very little in the way of funding for cures. We have worked really hard to fund research, specifically to the type of cancer that took Maggie’s life, that typically takes babies and toddlers. I feel like before she got sick and died, I tried not to think about death. I didn’t want to think about it. But now I see it a lot because we run the foundation. We get close to families and we’ve seen a lot of children lost to cancer. It changes you. It changes you watching your own child die but also watching other families suffer from the disease of childhood cancer. It takes an innocence away and a magic away that life used to hold. Doing the foundation lifts us up. We get microdonations from little kids. I have letters from children reading Maggie’s story online. Knowing she’s not forgotten and that she’s touched people even though she’s not here, these are the things that keep us going and lift our spirits. We are fully geared toward finding cures for pediatric cancers. Look what we all did when we put ourselves in the fight to find a vaccine for COVID. It happened quickly. Imagine seeing that happen for kids. It’s rewarding knowing we’re funding research and able to honor her memory in this way. Carrying on her legacy is rewarding. But I miss Maggie. I miss her a lot.”