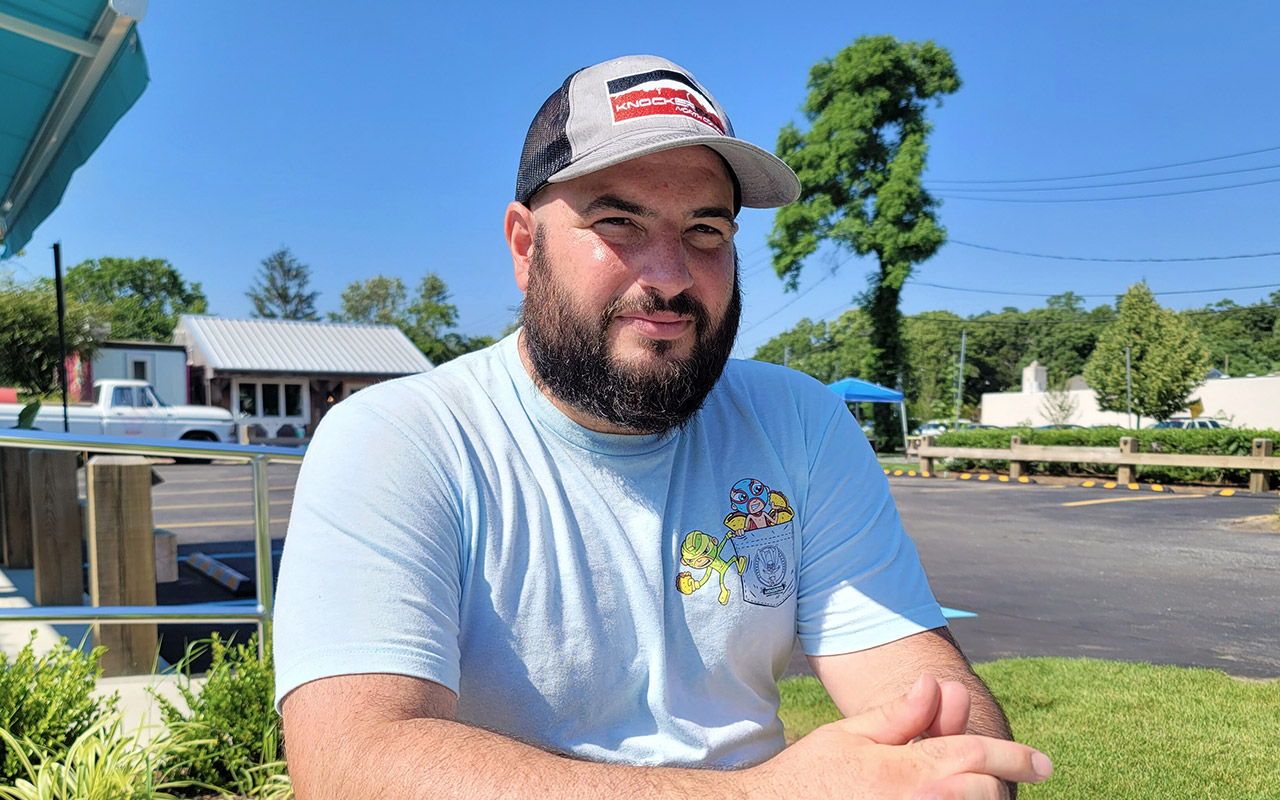 ‘Every day, I wake up excited to continue to build, and everything I do is motivated by my family. I want to give them the world.’

“I left “Corporate America” in 2008 and moved back to Greenport, the village where I grew up. It called me back, as I missed the small town feel but knew I wouldn’t miss the hour-and-a-half commute I was making from Brooklyn to Manhattan. I had done some baking in college and opened a cupcake shop called Butta’ Cakes Bakery in 2008 until SuperStorm Sandy, which wreaked havoc on the store, destroying equipment and my passion for baking, leaving us wanting to transition to something different.

“Around the same time of the storm, my son, Joseph, was born, and he spent some time in the hospital after his birth due to high fevers. During a trip to Boston, we had ended up at this cool luchador-themed restaurant. Being a wrestling fan since a young kid, I fell in love with the concept. My son’s experience and the luchador theme came together as the inspiration for my restaurant, named “Lucharitos,” which translates into “little fighter,” because that’s what he is.

They give me a reason every morning to smile and be thankful and stay humble.

“We launched in Greenport in 2013, and then everything changed. Things caught on quickly. We expanded in 2015, then opened a second location in Aquebogue in 2017. In 2019, we bought a small farmhouse in Center Moriches and transformed it into this kind-of taco and margarita oasis restaurant with its own farm, chickens and a giant sand box where we host events.

“Over the pandemic, we also launched a “burrito bar” in Mattituck, next to the Mattituck Cinemas movie theater—which led to our taking over its concession station—and now we’re working on a location in Melville, which will be opening in late August and will be a blueprint for future locations we hope to see rise across the East Coast.

“Every day, I wake up excited to continue to build, and everything I do is motivated by my family, by my three boys. I want to give them the world. I owe them that. They give me a reason to keep building. They give me a reason every morning to smile and be thankful and stay humble. Being a restauranteur makes me challenge myself and our teams to be consistent, accountable, proactive and prepared, but at the end of the day, being a parent makes being a restauranteur seem pretty easy. They also remind me to enjoy the ride.”