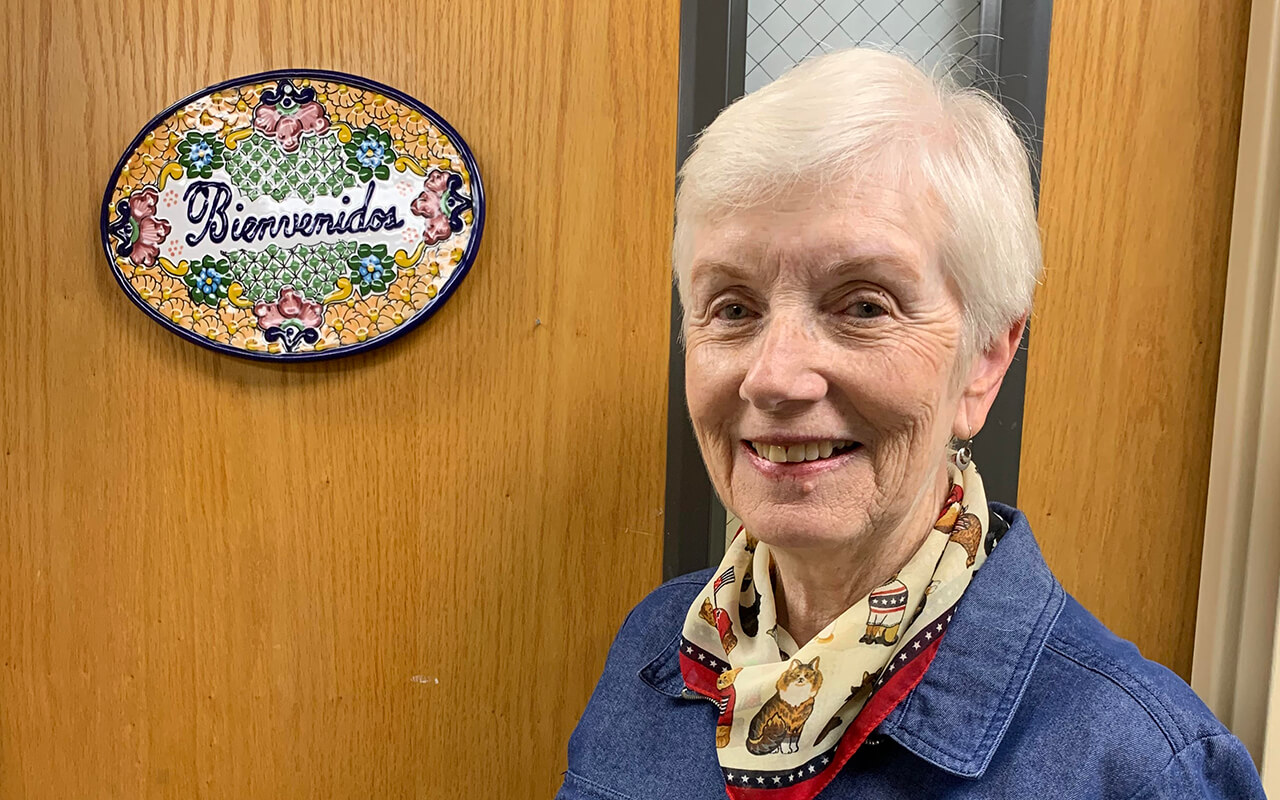 ‘Everyone deserves a fair chance. We can create the conditions that aren’t keeping the person back.’

“I’ve been a Roman Catholic nun for 54 years with the Sisters of Charity Halifax. I worked in Peru for 10 years with women and youth. I’m bilingual, so when I came back I decided to work with immigrants here.

“I’m the executive director of Centro Corazon de Maria, in its twentieth year. We work in Hampton Bays, and there’s a large Latino population that keeps the tourist economy alive.

“We’ve always worked with women and children, but the pandemic was such a shock to see people who were desperate. Many of our folks aren’t eligible for unemployment insurance because they don’t have legal status.

“When there’s human being who can’t pay the rent and their partner’s sick and they have little children, we needed to do something. We received generous donations from different organizations on the East End. Centro Corazon de Maria had the infrastructure already.

“We’ve always focused on women and children with classes in English, nutrition, parenting and workers’ rights, so we knew them. We floated this idea of providing economic support specifically for single mothers with preschool children through the winter and have time to read, talk and play with their children.

“We developed the mothers as protagonist program, Madres Protagonistas. It runs three months, and this will be our third year, and [it] has served 18 mothers and 26 children. It’s based on the principles of family literacy, parent education and empowerment, and is integrated with early childhood education.

“In Latin America, the word protagonist is about the person making their own decisions, choosing what they want as a priority. They’re protagonists, not survivors or strugglers, so that’s the name of the program. To interact with these young mothers is such a joy. Everyone deserves a fair chance. We can create the conditions that aren’t keeping the person back.”