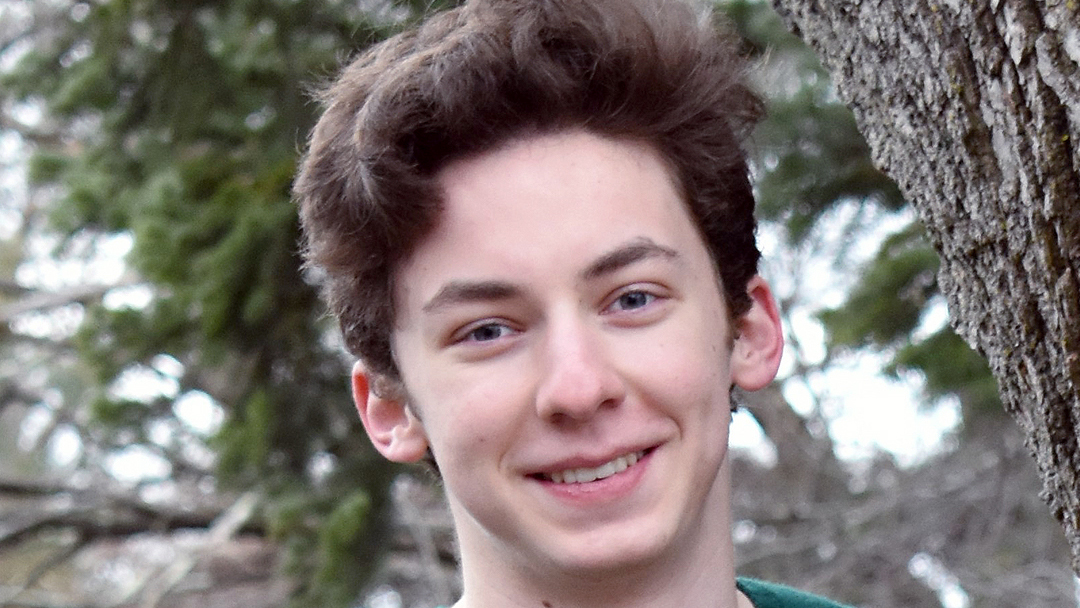 ‘I came into quarantine as the kid who was Evan Hansen, and I will be leaving it as me and my own creator of silly things.’

“l left ‘Dear Evan Hansen’ on Broadway having no idea what was ahead of us with the pandemic. At the beginning of it all, I did this thing with my friend, Alex, called Broadway Jackbox. I invited friends who I had made it on Broadway the year before to play party video games on the internet. The next day I woke up to a bunch of texts from Alex saying that we were going to do it every week and raise money for The Actors Fund. We became business partners in that crucial moment in both of our lives and we ended up raising six figures, which is completely crazy. We’re still working on that.

“I took a gap year before going to Harvard, and had I gone, this wouldn’t have happened. It’s amazing to think about because, during this pandemic, I’ve gotten to do so many amazing things. It was the best decision I could have made for myself. We also started Broadway Whodunnit, where we do murder mysteries with Broadway people online. That has been the greatest joy and provided the silliest, most fun days of my quarantine.

“So many blessings in disguise have come from the horribleness of this past year. Another fun moment was being featured in the ‘Ratatouille’ musical benefit. My friend had written the song ‘Anyone Can Cook’ and asked me to do a TikTok. I almost didn’t do it because I was busy. If I had said ‘no,’ I don’t think I would have gotten to play Linguini in this huge thing that raised $1.9 million for The Actors Fund. I think I know myself a million times better having gone through this experience. I’m a very extroverted person and a social being. Now, I know what I do when I don’t have that.

“I even started The Party Line, which was this thing where my friends and I would go on Zoom and talk every single night for hours. We did it for six months. I so desperately needed communication. I am thankful for the friendships I made and grew even though we couldn’t physically be together.

“What has been the most amazing gift in terms of my presence in the world is that I came into quarantine as the kid who was Evan Hansen, and I will be leaving it as me and my own creator of silly things. That’s really what I wanted to be doing. It has sort of shifted my whole life timeline.”

‘Right now, there is no limit to the amount of content we can and should create. Everyone needs to distract themselves.’

“My biggest dream was to be on Broadway, and then I did it much earlier than I ever imagined with ‘Dear Evan Hansen.’ The past few years have forced me to face my anxieties and insecurities. That was never a huge thing for me until I was on Broadway. It was my greatest dream come true, and also my worst nightmare because of the impostor syndrome of it.

“There was nothing negative about what the experience gave me, but I had a fear that I would screw up or that I wasn’t where I was supposed to be. It was something I had never experienced before, and I realize now that I still deal with it a lot, especially as I produce and create works of art.

“Being my own creator was something that I thought I would do once I had built a career as an actor, but I didn’t think that would happen until really far down the line; the fact that I now get to perform and create things has been an amazing gift. I realized I can create things for myself, and I don’t have to rely on auditions to get jobs. That feels incredible when it happens, but I don’t have to be terrified about not having those opportunities because now I know that I can create those opportunities. It is so relieving.

“Right now, there is no limit to the amount of content we can and should create. Everyone needs to distract themselves. I’m not worried about what this will mean for my place in the industry because I think all bets are off at this moment. We’re working on a live benefit for Lawrence Woodmere Academy’s Barbra R. Feldman Performing Arts Center, named for my mother, who passed in 2019. We were supposed to do a big concert last year, but instead, we organized a virtual celebration with even more Broadway stars and friends. I had never worked so hard on anything. That celebration provided me with so much healing.

“We’re still planning on doing one in person. I’m also getting ready to attend Harvard in the fall; my concentration will be theater, dance and media. I love it because I can study every single facet of theater, which is really what I want — to do everything! I want to be able to grab as much of the college experience as humanly possible. I’m really excited for what’s coming.”