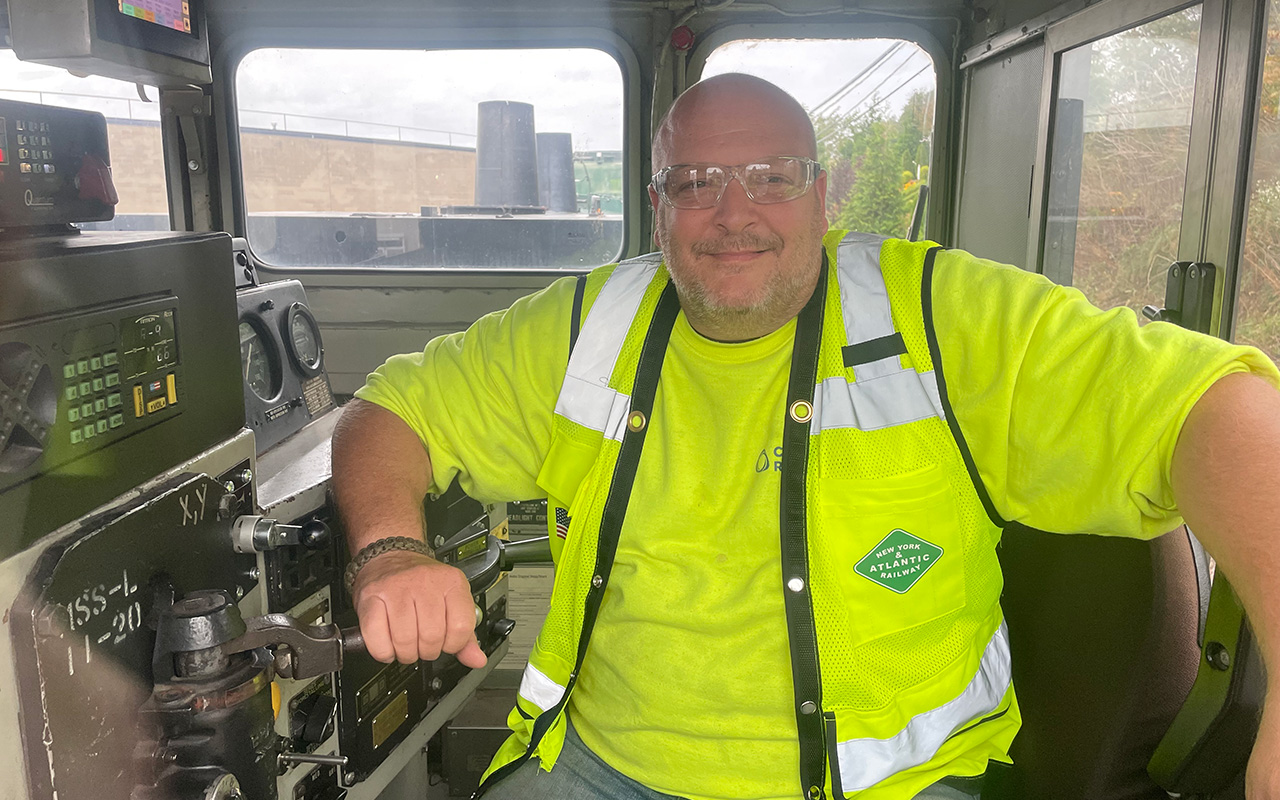 ‘My mother wanted me to be a teacher, but school wasn’t my thing so I sought out a job on the railways.’

“I am a locomotive engineer who runs freight trains from Brooklyn to Suffolk. I initially got interested in railroads because of my grandfather, who lived in Huntington. When I was a kid back in the 1970s, I spent weekends with him.

“He used to take me to Greenlawn to see the freight trains being organized. Sometimes he would even take me on train rides on Thanksgiving weekends in Pennsylvania.

“My mother wanted me to be a teacher, but school wasn’t my thing so I sought out a job on the railways. In 1997, the Long Island Rail Road privatized their freight train line and formed the New York & Atlantic Railway.

It’s very rewarding to work with a charity that aims to decrease the occurrences of preventable tragedies.

“I was one of the first people hired in a starting group of 23. Ours is a fairly small operation compared to the LIRR, but we deal exclusively with freight trains and primarily export solid waste, scrap metal and construction debris, much of which ends up getting recycled.

“Although freight trains are big and noisy, they are excellent for the environment since they decrease the number of trucks on the road. Being a freight train conductor is very different from being a passenger line conductor. 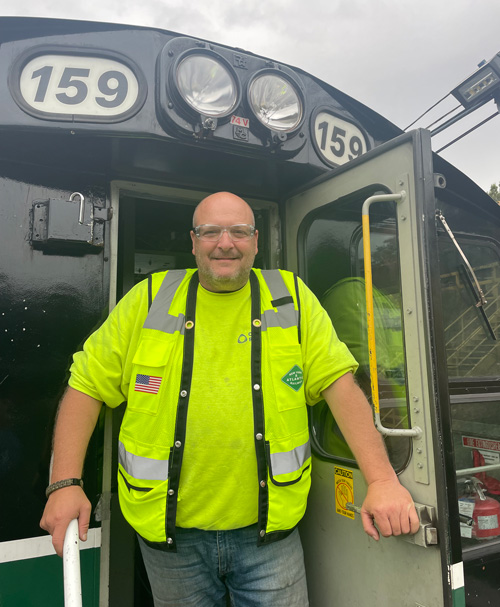 “Instead of managing the traveling public and greeting riders, we spend a lot of time outside hitching the cars together and building trains for local routes. It’s hard work but good work for those who don’t mind dealing with rain, snow and heat. I love it because I think it’s wonderful not to be tied down to a desk job.

“Unfortunately, over the years, I have seen quite a few fatalities due to people trespassing on railroad tracks or cars trying to drive through crossing gates. These experiences have led me to volunteer with Operation Lifesaver, which raises public awareness about railroad safety. It’s very rewarding to work with a charity that aims to decrease the occurrences of preventable tragedies.

“Out of those original 23 employees, I am the only one still working for the company. I hold the top spot on the seniority roster for the New York & Atlantic Railroad. I have been able to raise three college-educated kids and buy a house in Bethpage because of this line of work. I’m in no rush to retire because the railroad is a stable career which has been good to me.”