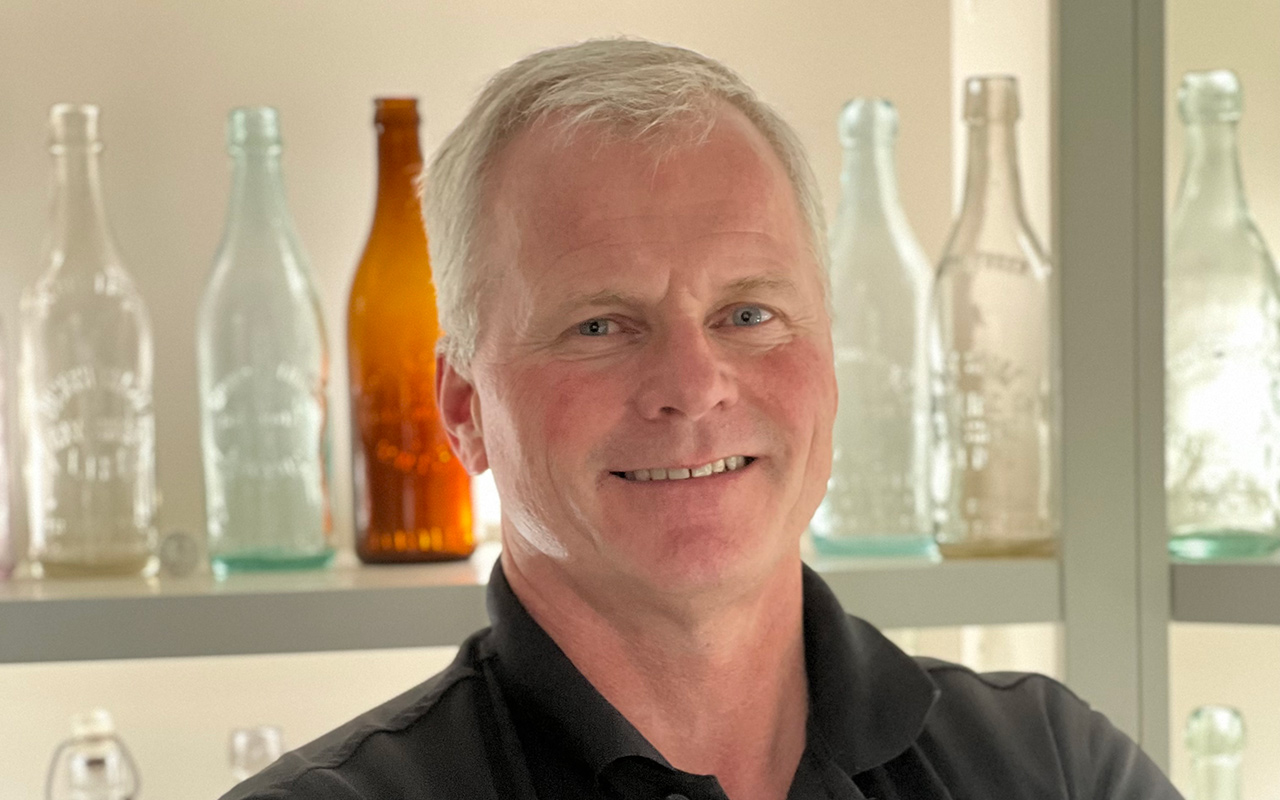 ‘Every one of these bottles can tell a story. You could just imagine what people discussed and talked about.’

“My dad would take me dumpster diving in the mid- to late-’70s. He had a body shop, and we would pull old car wrecks out of the side of a hill and scrap ’em.

“There was a dump in Bay Shore — a late 1930s, early 1940s dump, from what I can remember — and we would go around there every once in a while, especially after a rainstorm. You could find Mercury dimes, painted-label soda bottles and stuff like that from the ’40s.

“One day, I happened to be walking through the woods with one of my close friends, and we noticed a depression in the ground and some shards of glass, and right away, I’m like, ‘Hmm, this looks like a dump.’ We started digging and found a lot of milk bottles. I found a beverage bottle, which my whole collection is basically beverage bottles now. I just got fascinated by it.

I’m only 56 years old. I’ve got a lot of collecting to still do!

“And that brings me to where I am today, with probably one of the biggest beverage collections under one roof on Long Island at 430. About six and a half years ago, I had the good fortune of meeting somebody by the name of George Fisher. He was actually working, I believe at that point, on the fourth edition of ‘A Historical Guide to Long Island Soda, Beer & Mineral Water Bottles & Bottling Companies.’ He really taught me the value of research.

“I would do a little research here and there, but after meeting George and seeing his enthusiasm, he showed me just how inspiring it is. Because sometimes the research is harder than finding the bottle. Every one of these bottles can tell a story. You could just imagine what people discussed and talked about. A lot of them were taken into the woods on hunting trips. 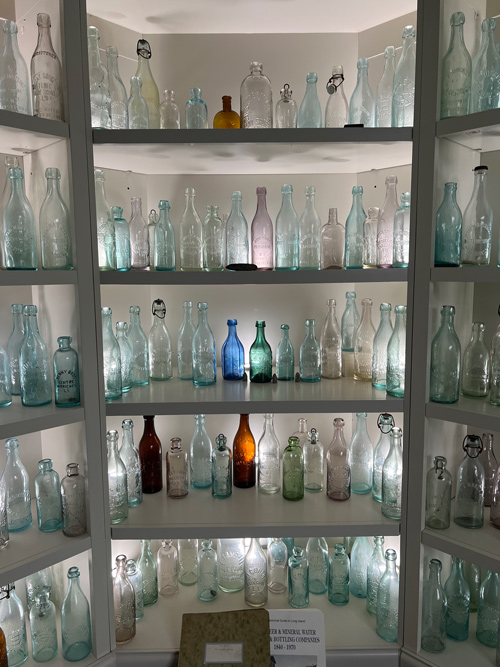 “You find out how some guys would sell beer on Sundays and then get locked up for the day. The oldest bottle I have is cobalt blue, pre-Civil War. I actually have probably close to two or three dozen bottles that are the only ones known to exist. I just happen to be the caretaker of these bottles at this point in time.

“Hopefully I have a grandchild that might be interested, and I can pass it on to them. Or some young collector might get lucky, or I’ll donate to a historical society. Time will tell. I’m only 56 years old. I’ve got a lot of collecting to still do!”