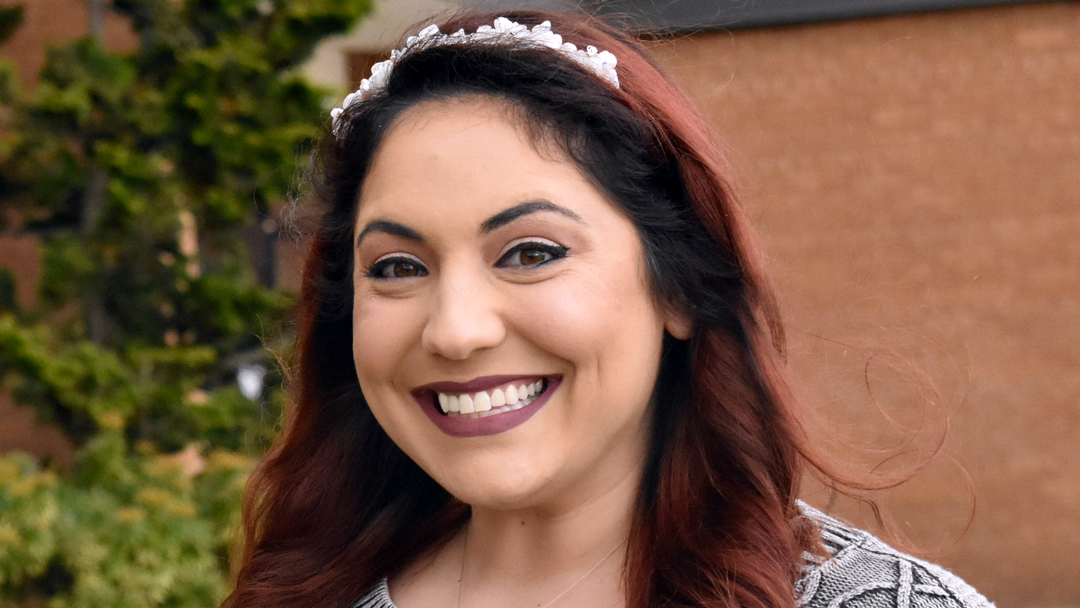 ‘Sometimes the person you’re meant to be with is right in front of you, and you won’t realize it until you’re 27 years old.’

“Joe and I met in our first-grade classroom, room 108 at Albany Avenue School in Farmingdale School District. I remember telling him I had a secret to tell him and went to give him a kiss on the cheek. He was my best friend in elementary, middle and high school. He went to Hofstra and I went to Johnson & Wales in Miami, and we still stayed in touch.

“It was only three years ago when we finally had our first date at the Massapequa Diner. We said it was either the end of our friendship or the rest of our lives. We knew that there would be no middle ground. In October 2019, Joe proposed in front of our first-grade classroom. He and his sister made up this crazy, elaborate story. She is a music teacher, so he told me she was conducting a concert at Albany Avenue. We were passing our classroom and I said, ‘Oh my god, we have to take a picture.’ We were alone in the room. As I was trying to find my phone, I turned around and he was on one knee. I was completely speechless.

It was only three years ago when we finally had our first date at the Massapequa Diner. We said it was either the end of our friendship or the rest of our lives.

“After I said yes, one of the custodians came out of the classroom next to us and was like, ‘That was so great, you guys. That was so beautiful!’ Everyone we spoke to said they knew it would happen; they were just waiting until we were ready.

“Our wedding Save the Date photo was from his seventh birthday party. He was always the nicest person. There’s not a nasty, negative bone in his body. Now, Joe is a sports editor. I went from being the head pastry chef at The Carltun and running the bakery at Whole Foods to the culinary instructor at Nassau BOCES’ Joseph M. Barry Career and Technical Center- their first female chef in 50-plus years! The female students at the school would say, ‘Why are there no female teachers here?’ I thought that it was important that all students understand there’s a place for everyone in this industry. That goes for both genders, as well as special needs students.

“The food industry is for everybody. My students think our story is hilarious. I say, ‘I’ll tell you from experience: Sometimes the person you’re meant to be with is right in front of you, and you won’t realize it until you’re 27 years old.’ Even though it is a cliché to say it, I really did marry my best friend.”