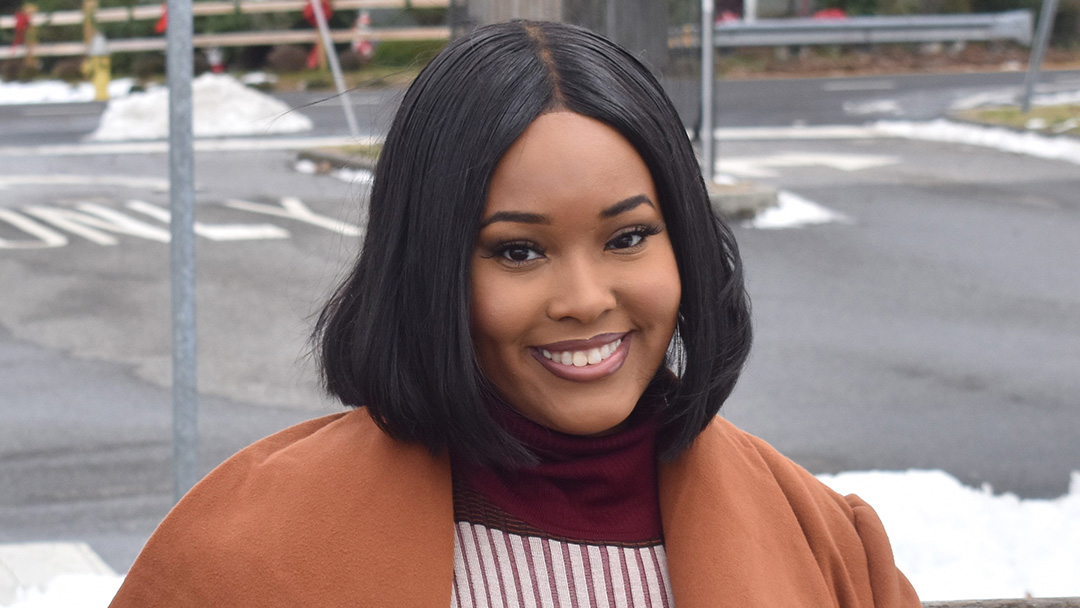 ‘I wanted to give a platform to people that are missing so that victims gain closure and some comfort.’

“I’ve always had an eye for radio and television. I didn’t know what I wanted to do in school, and I was a little intimidated growing up because nobody was going to school for TV. I had to take a leap of faith. I obtained a degree in radio and television and created a platform called ‘Tee Talk’ on which I became known as Ms. Tee Talk. My goal was to give back to Long Island, so I have interviewed more than 100 people, from chefs, to photographers, to people who have their own businesses. Long Island didn’t have that, and it has been great to see the light on people’s faces when they are made to feel included. People from all over the country have now been on the show. It has been an amazing journey.

It’s a big risk to be in TV because you have to know somebody or you have to do cartwheels, but it’s worth it.

“I also wanted to test my skills a little bit, so I created a show called ‘Missing On Long Island.’ I wanted to give a platform to people that are missing so that victims gain closure and some comfort. The first episode is about Sofia McKenna, which went viral with over 220,000 views on YouTube. The second episode just came out. Their storylines are about what happened before they went missing. Hundreds of thousands of people have gone missing on Long Island in the last 20 years, and there has never been a show created about it. Now I have been working on ‘Tee Talk’ and ‘Missing on Long Island’ for the past 8 years. I edit, shoot, and do everything for them. It hasn’t been the smoothest journey, but when I know that people have smiles on their faces when they come onto ‘Tee Talk,’ or concerned parents and family members on ‘Missing on Long Island’ have that platform, it definitely makes me feel accomplished. I have learned that practice makes permanent.

“It’s important to invest in yourself. It’s always important to pour into yourself and to keep learning. I pride myself on my work ethic and staying connected to my Long Island roots. It’s a big risk to be in TV because you have to know somebody or you have to do cartwheels, but it’s worth it. Those two shows, which are very different, are my entire life. I always put my heart, energy and time into them to really make them boom and people love it.”