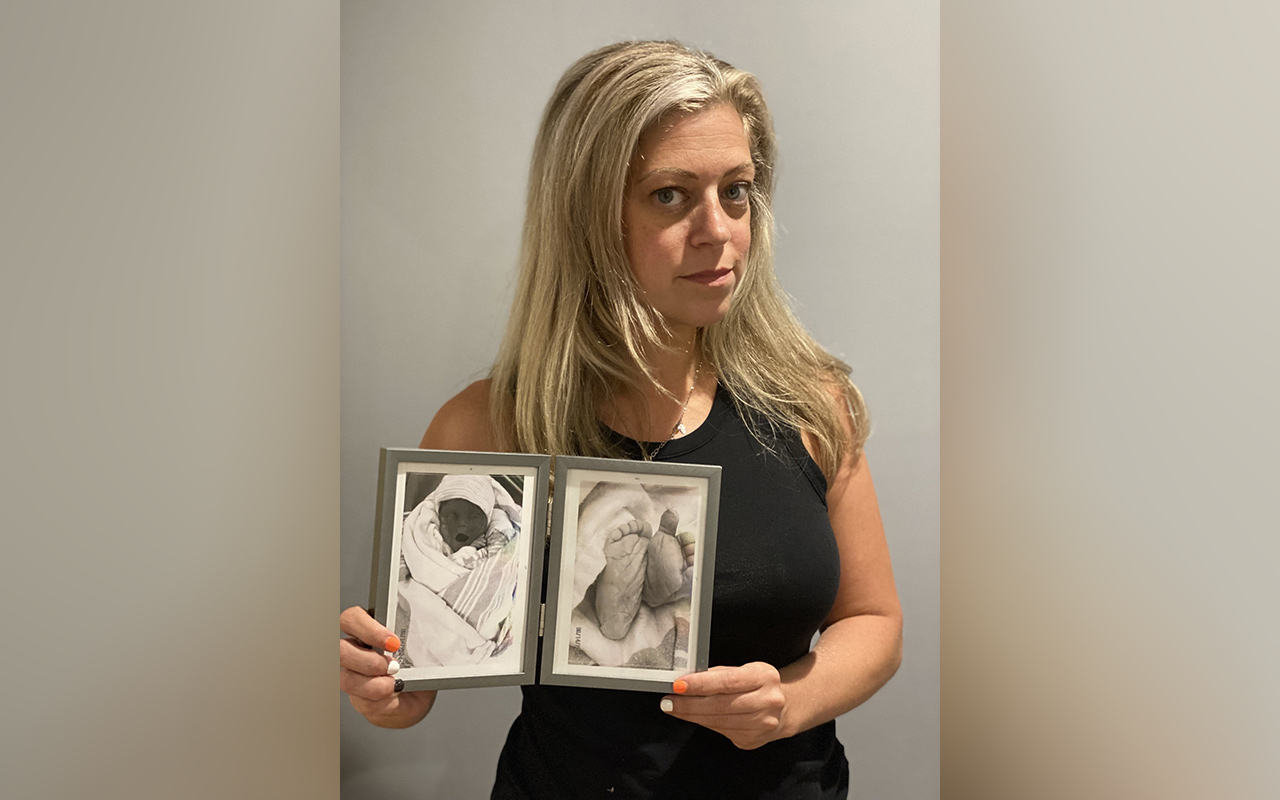 ‘It didn’t really hit us until we came home from the hospital with no car seat and with no baby.’

“I delivered my stillborn, beautiful baby girl, my first daughter, Diana Hope, on June 13, 2017, at 8:10 p.m. She was 4 pounds, 1 ounce, 18 inches long. She had dark hair and eyes, just like her dad. I woke up on that Tuesday morning and realized I hadn’t felt the baby move. I went to the doctor and heard those words no one should hear: ‘There is no heartbeat.’

“I was induced and had to go through eight hours of labor. It didn’t hit us until we came home from the hospital with no car seat and with no baby. Up until then, I had a textbook pregnancy. I had no risk factors. Stillbirth is not mentioned typically to patients. I knew it happened, but I just didn’t know how much. Stillbirth affects about 1 in 160 births and each year, about 24,000 babies are stillborn in the United States.

“When it happened to me, I needed to speak about it, share Diana’s story and speak her name. I wanted to keep her memory alive. I learned about the Star Legacy Foundation, which is a nonprofit organization dedicated to reducing pregnancy loss and neonatal death and improving care for families who experience such tragedies. I’ve been working with them to educate people about the warning signs and preventive measures for stillbirth. It’s a common myth that at the end of pregnancy, your baby’s movement slows down because they don’t have much room to move around. That’s not true. Actually, that is one of the warning signs of stillbirth, and it did happen to me. You have to pay attention to the baby’s movements and the pattern; that’s the most important thing. Sudden rapid movement is another sign.

“Since last year, I’ve been the New York metro chair for the Star Legacy Foundation. I enjoy speaking to others and hearing their stories about their babies. After I had Diana, I posted about it on Facebook, and I can’t tell you how many people messaged me and said either it happened to them or someone in their family or a good friend. They didn’t want to speak about it or they felt embarrassed.

I want people to know that you should take care of your maternal health. Ask questions, research.

“One of the projects that Star Legacy is working on is trying to reduce the stillbirth rate. They did it in Sweden, and we’re trying to mimic what they did. Another project is the Pregnancy Research Project, a study bringing together patients and researchers to advance knowledge and discover preventions and treatments for poor pregnancy outcomes. While there’s no predictor of who will have a stillbirth, the reason I had one was because of placental insufficiency. A sonogram is the only way to tell how your placenta is functioning. We’re hoping to make more sonograms readily available to women.

“Another reason this still happens so frequently is that the placenta is the most understudied organ of the human body. I have two other girls now, ages 2 and 3, and while I was frightened it would happen again when I was pregnant, I believed Diana wouldn’t let this happen again to me, even though I knew it was a possibility. I was confident in my doctors and felt very taken care of. I saw not only my OB, but also a maternal-fetal medicine doctor every two weeks, then every week later in pregnancy.

“After much testing after Diana, I learned I had a certain gene mutation which may have caused what happened to me. Lovenox, an anticoagulant, and baby aspirin helped with that in subsequent pregnancies. The problem is you are not tested for these mutations unless you’ve had a late-term stillbirth or three miscarriages or more. What got me through was to speak about my daughter and share her story. It was very important to me to have the people around me say her name and acknowledge she was a real person.

“I want people to know that you should take care of your maternal health. Ask questions, research. Another thing that I do is go into hospitals and educate nurses and other hospital staff about stillbirth. Most staff don’t even know what they actually can do, and I want to make a better experience for future-loss families. I want people to know that this is still a possibility in 2021. I want to honor Diana, and I want to honor your baby, too.” 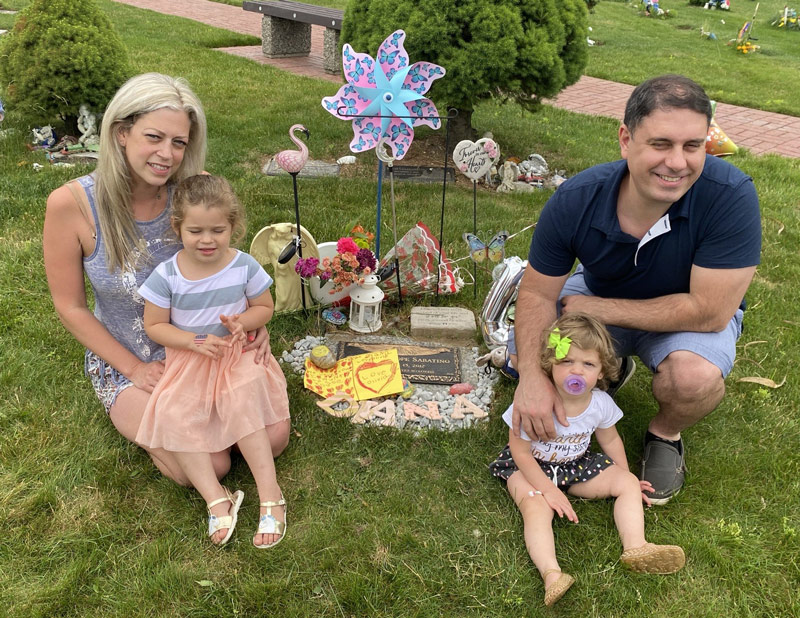