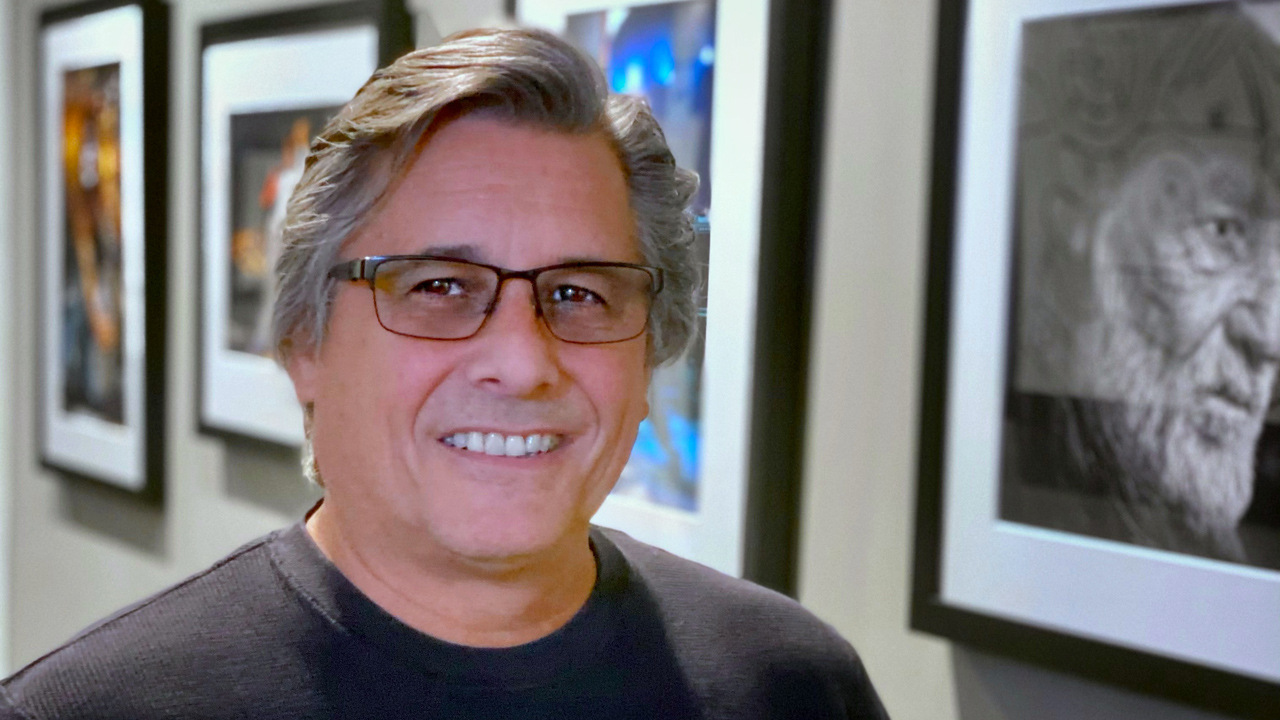 ‘I called the studio and Annie Leibovitz must’ve been waiting for a call because she picked up the phone.’

“For my 16th birthday, my parents bought me my first camera. So, I started taking a lot of pictures. And I loved music. I was seeing live music on Long Island, like Twisted Sister at Cheers in Deer Park. But then I saw Led Zeppelin and all I wanted to do was to go to shows.

“I learned how to hustle tickets and I was always sitting close, so I decided to bring my camera to a show. Being close in the front, I kept seeing photographers in the photo pit and I started talking to them. When I went to see Fleetwood Mac at Nassau Coliseum, I had second row seats, so I brought my camera and shot the show. Instead of sneaking in booze to concerts, I was sneaking my camera in. Then I had all these shots, and everybody said, ‘You should do something with your photos.’

“I was a big fan of Rolling Stone magazine and Annie Leibovitz. I thought, let me see if I can track down her studio number and maybe somebody could give me some direction there. I called the studio and Annie Leibovitz must’ve been waiting for a call because she picked up the phone. She was really sweet and rattled off a bunch of photo agencies to me.

They called me up a week later and said, ‘Pick up People Magazine, your photo was going to be in the magazine.’

“And so, I called the first agency. They’re like, ‘Yeah bring your photos in.’ I went in and they said, ‘Wow, you got great photos of Billy Joel. We have a request for Billy Joel, do you mind if we take these pictures and send them in?’ And I said, ‘yeah, no problem.’ They called me up a week later and said, ‘Pick up People Magazine, your photo was going to be in the magazine.’ I was so thrilled!

“But this is the key moment of my career…from a kind gesture that I made. I met a guy at a Talking Heads show in Forest Hills. I was backstage and he dropped a bunch of papers. I walked up and I helped him pick up all the papers. We started talking, and it was Ken Sunshine, who’s a big publicist now, and he goes, ‘I work for ASCAP and I hire photographers. I want you to shoot a luncheon that we’re having for Paul McCartney, but you have to wear a suit.’ That was my first paid job in the business — shooting Paul McCartney. It was just a snowball effect. But the key thing, to me, is always be respectful and kind to everybody. And that’s what went a long way for my career.”