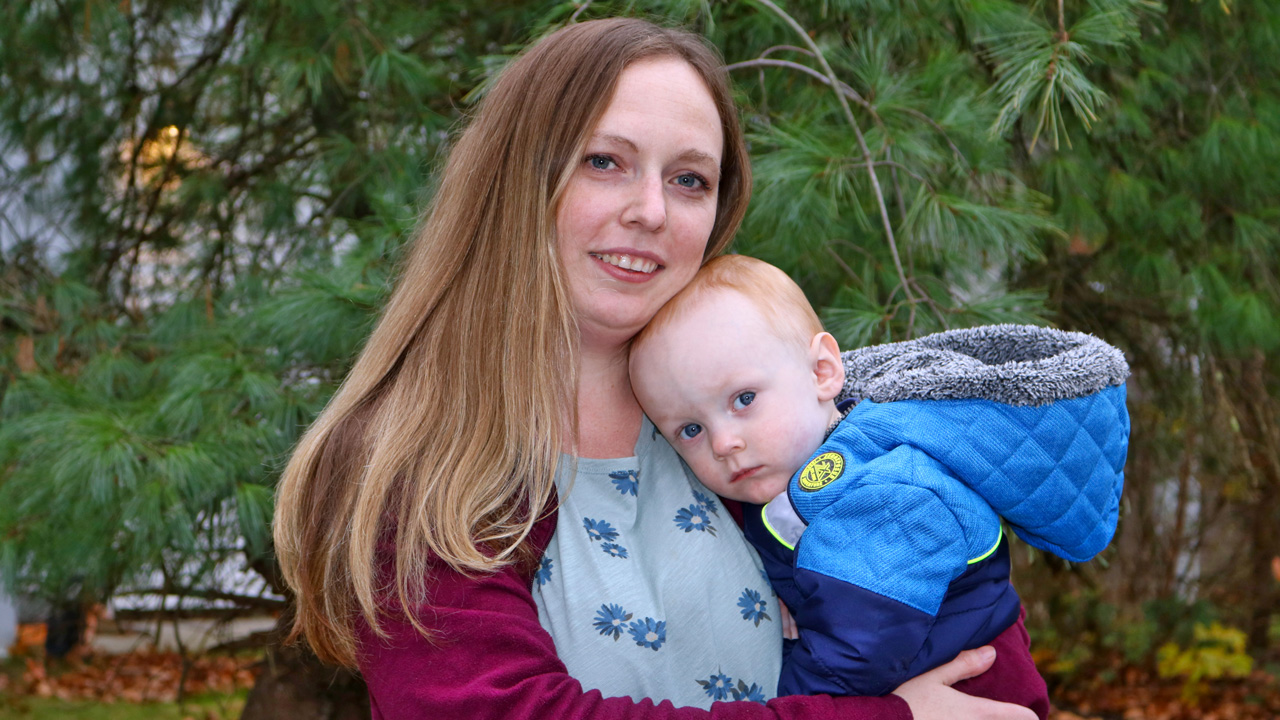 “About two-and-a-half years ago, my brother passed away very unexpectedly at age 34. I’m 34 now and next month I will surpass him. I will be living longer than he did and it’s an unimaginable place to be and it’s something I don’t see talked about a lot.

“I feel like I’m living in an alternate timeline where we got off track — this isn’t where we’re supposed to go, I’m not supposed to be older than you. I’m supposed to be following you, that’s how it was. In the beginning, you’re kind of in shock and there’s a lot of support around then. Then you continue to live your life and realize he’s not going to be here for this or that.

“I have a son now, my brother’s not going to be an uncle, he’s not going to see all these things that I’m doing. People two years later see you laughing, see you smiling and joking and they think ‘Oh, well she’s better I guess’ and I actually feel like it’s worse because there’s no more space to leave for these random days where I really miss my brother.

“My brother was someone everyone went to for advice, he always knew what to do, he was good at everything he did, he was smart, he could just excel at things. He died right before my birthday, so I knew from then on, that birthdays weren’t going to be the same for me ever again because I realized I’m going to be getting older and he’s not. And people will say ‘He would want you to do it, he would want you to be happy.’ It doesn’t matter what he would want.

I don’t need to be cheered up, I just need this feeling to go somewhere, to exist somewhere in the world.

“What I’m feeling needs to just exist somewhere, I don’t need to be cheered up, I just need this feeling to go somewhere, to exist somewhere in the world. The thing is, my son was born a year after my brother died and he was born on his due date and what was his due date? My birthday. I didn’t want him to be born on my birthday. But sometimes I wonder if there really is a place where we go and we see our loved ones and we can guide them or watch them after we pass away. I wonder if my brother being a problem solver, he was like, ‘Lisa’s son needs to be born on her birthday so that she could be happy about that day.’ Because I’m happy to celebrate him on that day and it’s a way to get through that day because it’s about him.”