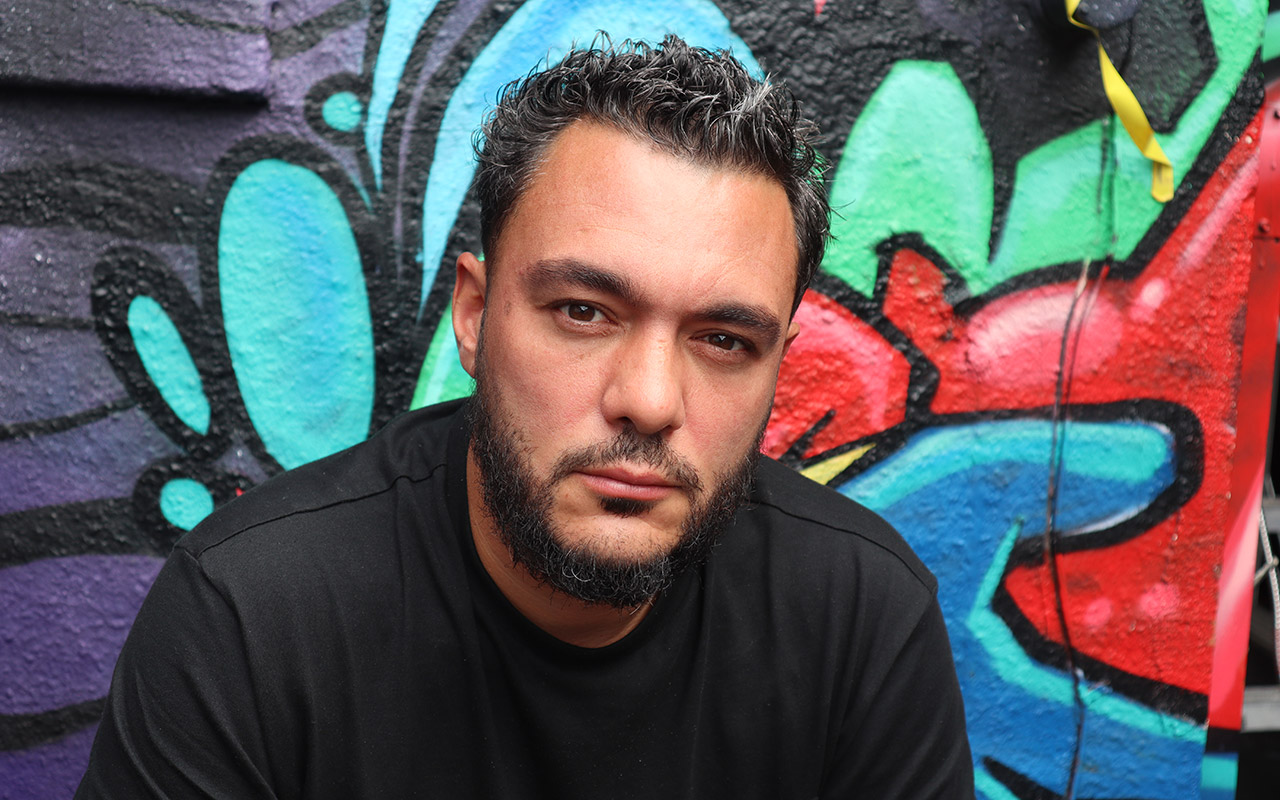 ‘I’m trying to break that bubble in the suburbs. Hip-hop culture. Graffiti culture. All that visual language. You don’t have to be afraid of that. That’s not going to make your neighborhood dangerous or anything.’

“I’m a Long Island guy. I don’t claim to be from anywhere else. I graduated from Baldwin and from a kid, ‘Subway Art’ and ‘Aerosol Art’ and all those books, when those came out, I literally just looked at them all day long and studied them.

“I never cut class or anything because I just would sit in class and draw. I didn’t take any notes, but I remembered everything. Even when I paint now, I don’t listen to music. I just put on a podcast, or I run a show over and over because I soak up everything while I’m drawing and painting.

“I went to art school and tried to get jobs after I graduated and just got really deflated. I felt very rejected because I didn’t do the right thing in school as far as the right internships and independent studies. I just did the classes and then I was out running around the city because it was something completely new to me.

“I’m trying to break that bubble in the suburbs. Hip-hop culture. Graffiti culture. All that visual language. You don’t have to be afraid of that. That’s not going to make your neighborhood dangerous or anything. Actually, it makes businesses thrive.

“That word has a negative connotation because ‘graffiti’ is illegal, right? There are tons of graffiti-style stuff but those are productions. And there are a lot of illegal graffiti artists out there that do that too because they will evolve to that.

“I’m not a saint but I’m not a full-blown vandal. I like the funky or the prettier stuff. But the stigma that comes with ‘graffiti art’ is because they hear the word ‘graffiti’ and don’t hear the word ‘art.’ That’s the struggle to get the older generation to realize that if we introduce this to Long Island, your property value is not going to decline.

“People are commissioning me to paint more of my style and I don’t have to bend so much. I do it because I got to make a living and I love what I do. It’s the only thing I can do. I’m going to be painting for the rest of my life, but the goal is to eventually have full creative control.

“I feel like I’ve been on the cusp for the last couple of years. COVID surely threw a wrench into things. I’ve lost some people relatively close to me. That was difficult to deal with, but we stayed positive.”