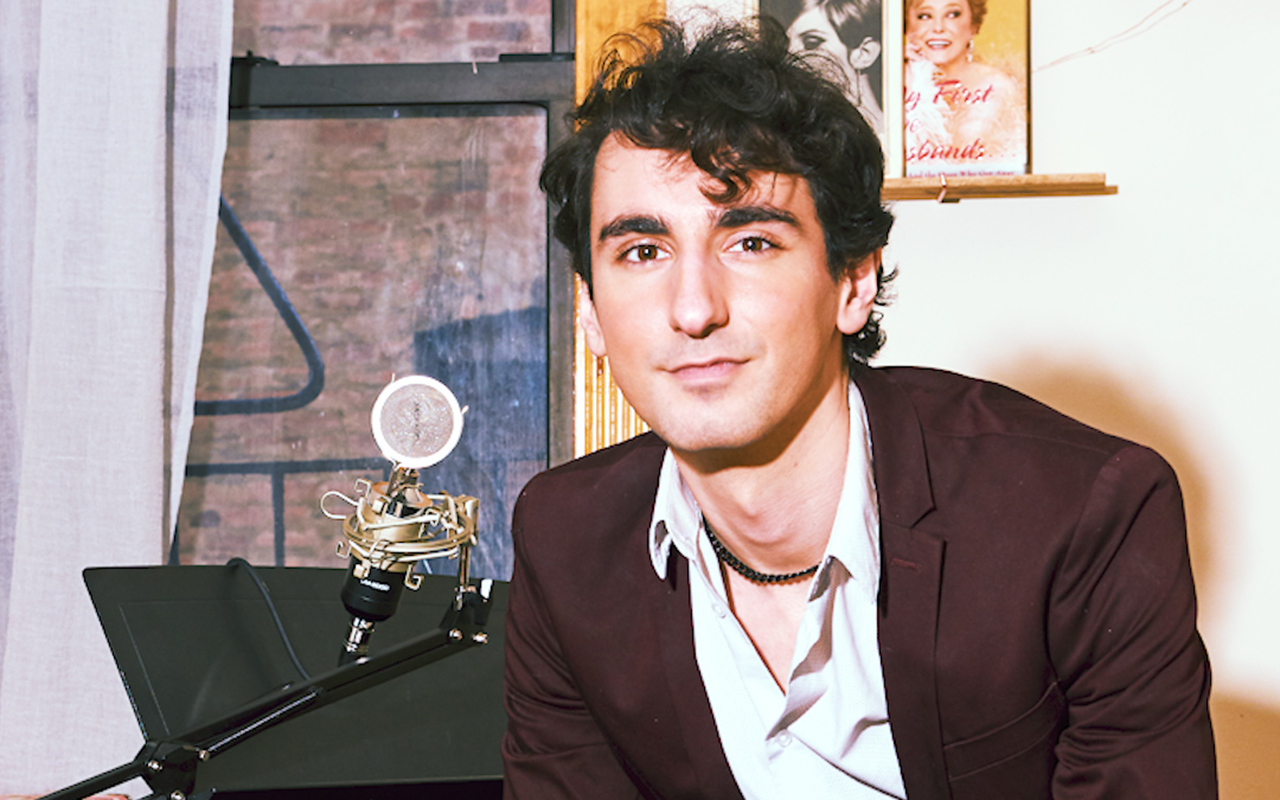 ‘I had a fantastic support system in my family when I came out, but any young gay person will feel othered at some point.’

“I was a child actor in local theater, and what I loved most about it was being in rooms of like-minded weirdoes who felt like they didn’t fit in. Everyone was able to come together and enjoy telling stories. I certainly felt “othered” as a gay kid on Long Island. I had a fantastic support system in my family when I came out, but any young gay person will feel “othered” at some point.

“I grew up in a Roman Catholic household. I had to recontextualize my relationship with the church because I grew up closeted and afraid of what that might mean for my faith; I’ve come to a place where I have a relationship with my spirituality that I am proud of. My parents are artistic, so they understood that I had a sense of passion and that I always knew what I wanted to do.

“I got the start of my career as a composer, lyricist and playwright with “Balloon Boy the Musical,” for which I wrote the first draft when I was in seventh grade. I would write shows in spiral bound notebooks in math class. The show was loosely based on the 2009 scandal where a Colorado father said his son was stuck in a homemade weather balloon. That show premiered at the NY Musical Theatre Festival when I was in the incredible theater program at Hauppauge High School.

The beauty of theater is that it’s the act of empathy at its core. Those are the type of stories I like to tell.

“I’ve also been lucky enough to write the score for Off-Broadway’s “A Musical About Star Wars.” I recently put out a concept album called “Little Black Book,” which is a rock musical loosely based on the life of the former Hollywood madam Heidi Fleiss. I’m fascinated with telling stories that three-dimensionalize humans whom the tabloids have two-dimensionalized; I treat them with empathy in a surprising way.

“The beauty of theater is that it’s the act of empathy at its core. Those are the type of stories I like to tell. I grew up watching videos of musical theater writers performing songs at 54 Below, like Pasek and Paul, Joe Iconis, Adam Gwon- people who are my age now, and were premiering weird songs that were unlike anything I’d ever heard on a stage. I thought, ‘That’s what I want to do!’ There’s something really special in that I am playing in the same venues as them. I miss the innate intimacy of theater and can’t wait until I can get back to it.”