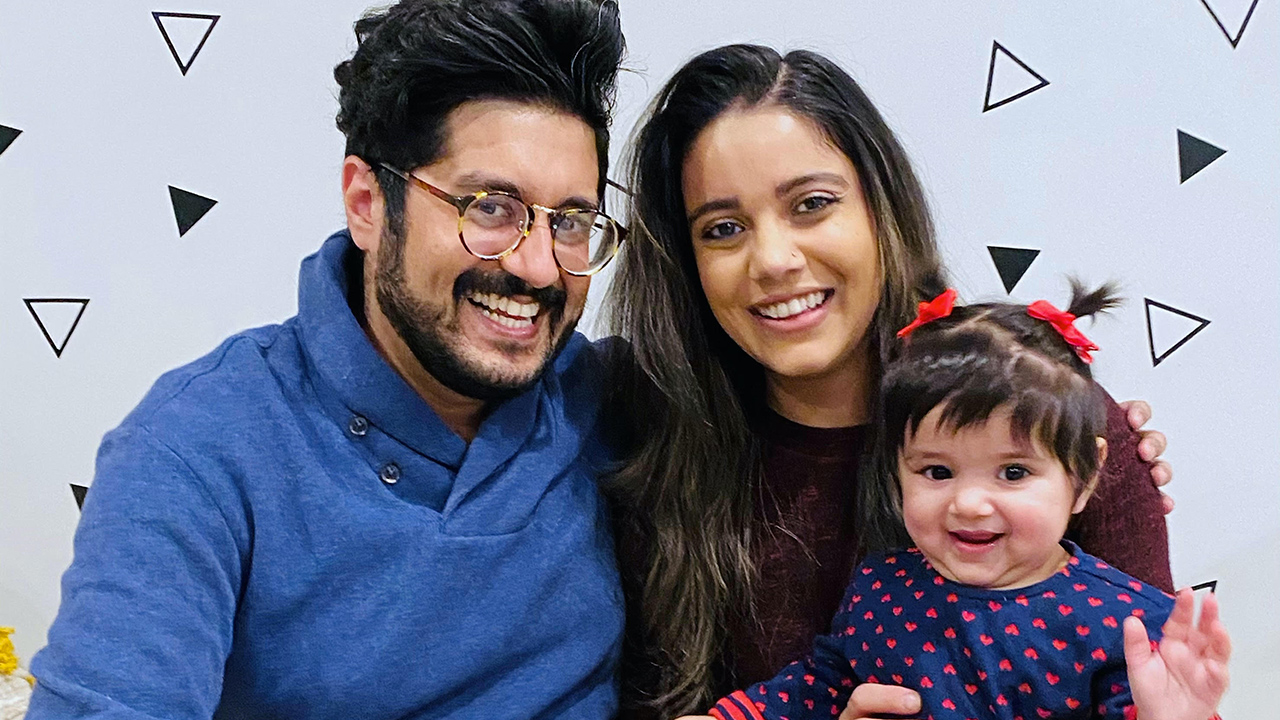 ‘When we left the hospital, they said the longest we’ve seen a kid live with this is five months.’

“Our daughter was born on Nov. 8, 2019 — the best day of our lives. Everything was storybook perfect for the first five weeks. December 15, that’s when every parent’s worst nightmare came into fruition. She would look downwards, and her eyes would just be stuck. We called a friend who is a radiologist and found this massive brain tumor. She was in surgery within 12 hours. After three hours, the surgeons came out. They said she was bleeding so much and couldn’t get the whole tumor out. We posted this on Facebook and all of our doctor friends were making calls on our behalf, asking around, and sending us information.

I’m not a particularly religious person, but I felt like that was like a divine intervention of some higher being watching over us.

“When we left the hospital, they said the longest we’ve seen a kid live with this is five months. But once we went home, she was just getting really sick. We took her back to the hospital and they said, we think maybe a couple of weeks. And then as we’re pulling onto our driveway, there’s a number calling and it’s the chief of neuro-oncology from St. Jude. His exact words were, ‘I’ve cured 12 kids of this before. I don’t know if I can cure her, but she’s too young. We have to try at least, don’t we?’ I opened the door to our house and my head just went down in prayer. I’m not a particularly religious person, but I felt like that was like a divine intervention of some higher being watching over us. We flew down five days later.

“We were in the hospital for almost a month just to get her stabilized. We started her on chemo. The words that you want to hear as a cancer family is something called gross total resection. That means they’ve gotten the entire tumor out. And in the case of our daughter, it was all or nothing. Even if a small sliver of tumor was left in her, she had a 0% survival rate. So, when the Dr. came out from surgery and said we got GTR, I collapsed in his arms and kissed his hands. That’s when we saw the light at the end of the tunnel.

“Our daughter is now almost 15 months old and just a happy, normal kid. It’s like she has no idea what happened last year. She’s crawling all over the place like a little rocket ship. It’s incredible. She really has been such a source of inspiration. Not just for us, but so many people.”