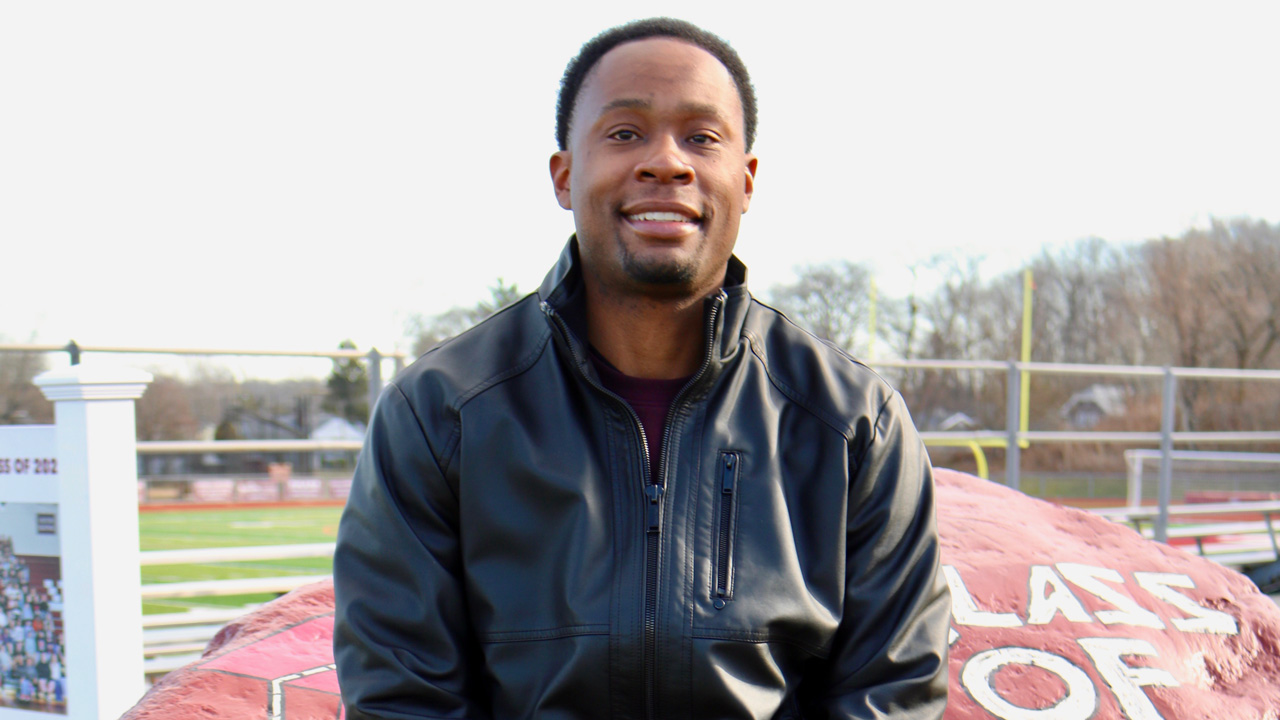 ‘If you put your best foot forward, kids see that and can build resolve. Don’t stop doing; don’t stop being productive.’

“My parents divorced when I was young; it was a messy situation for both of them. I decided to play sports to keep me active and mentally focused.

“I have two uncles on my Dad’s side, who I admired, one, a guidance counselor. On my Mom’s side, my aunt is an OBGYN nurse practitioner.

“I was always split down the middle with what I wanted to do, and I always had those two as a point of reference when I decided I wanted to study psychology. Now I’m a school psychologist and assistant coach for boys’ varsity basketball.

“I was feeling my way around for a while, working for several BOCES programs, working at a day care, and summer camps. I met a lot of kids and was able to influence them positively — I’ve always had rapport with kids.

I had a family friend who had delayed speech, and I was one of the only other people besides her Mom, who could talk to her and translate. I think I took a liking to it.

“I’m still able to influence the kids who struggle and try with those who don’t make it consistently to school. When coaching, kids are able to see me in a different light, a different role with basketball. I tell them that emotionality and rationality are mutually exclusive. Those two things can’t happen at the same time; although hard, you have to try and take your emotions out of things to be precise with decision making.

“Now with COVID-19, we’ve taken away sports. I looked forward to it. It’s a grind, but it actually gives me a sense of purpose and a sense of camaraderie. We try to keep it as normal as possible for the students. Some students I work with have kind of given up, and my heart hurts for them. Routine and consistency are good for us, and we’re creatures of habit, so if we break that, our being is like, ‘What do we do now?’

“I see they’re down and it’s disheartening to see, and there are adults in that same mindset. Kids are going to model what they see; if you’re in flux and panic, kids are going to display that too. I try to negate that when I meet with them.

“If you put your best foot forward, kids see that and can build resolve. Don’t stop doing; don’t stop being productive.”