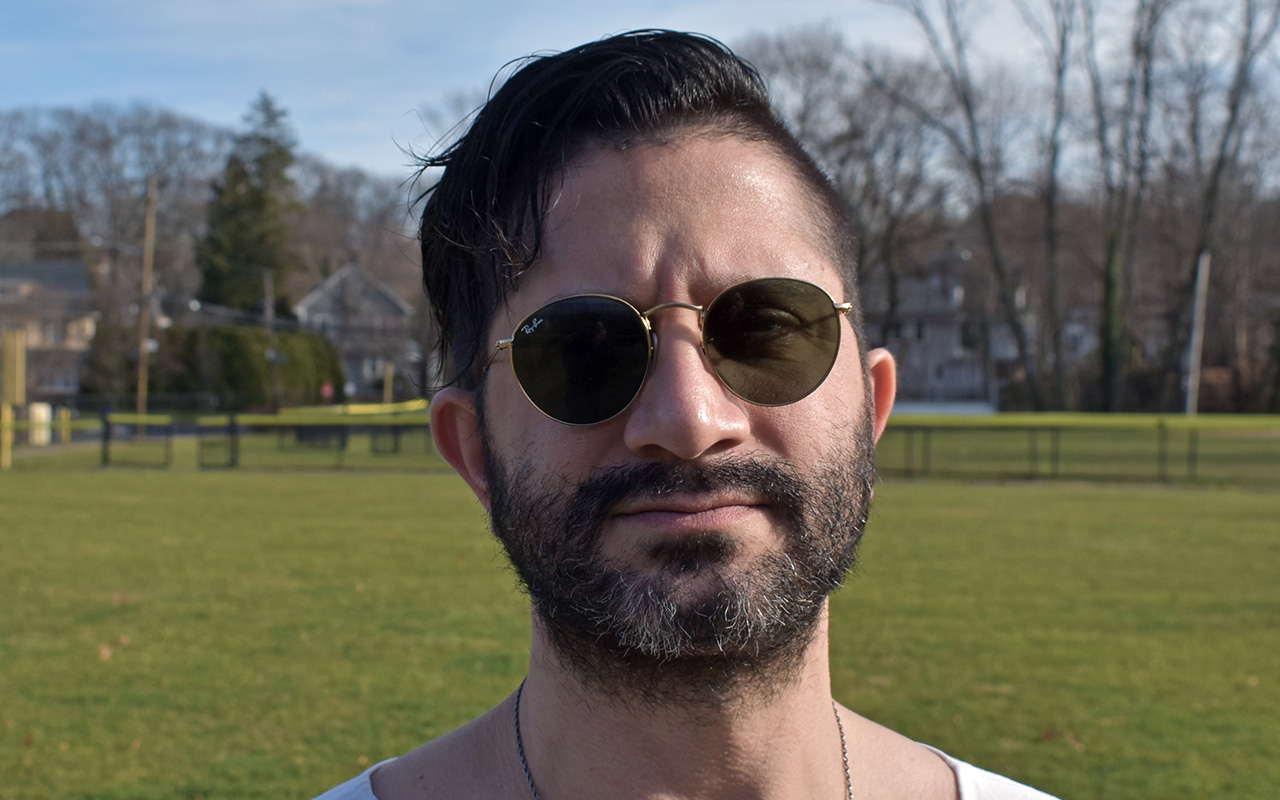 ‘I had a vision of my grandfather over my bed saying, “Wake up.” I remember getting up and running outside and having a panic attack.’

“The first club I ever went to was on Long Island. I met a couple of friends who were promoters that started to rent out nightclubs. That’s how I was able to DJ. After 9/11, things changed so drastically in nightlife; nobody wanted to go to the city anymore.

“Around then, one night I saw Emeril Lagasse go ‘Bam!’ on TV. It made me realize how I could connect and lead people instead of DJing — by feeding them — and both my grandfathers were chefs. I’m named after my grandfather who was a chef.

“I went to the French Culinary Institute, which is hands down the most legendary culinary school in the world. I was able to learn from one of the greatest French chefs in the world, Jacques Pépin. He taught us a lot when it came to the journey of food.

“After school, I realized that I can’t be a chef. It’s very hard work. It’s very brutal. I got into a dark place until I had an epiphany. On a cold winter day, something came over to me, and it was a vision of my grandfather over my bed saying, ‘Wake up.’ He was like, ‘Get up, do something.’ I remember getting up and running outside and having a panic attack.

I want the world to believe in themselves.

“Lo and behold, something in my mind said, ‘Do sauces. Do your sauces and sell them, and do farmers markets.’ Once I figured that out, it was boom, boom, boom. I met someone who taught me how to make hummus, and it transitioned to making hummuses.

“We built it up. There were a lot of trials and tribulations. There were times that I went broke, but that’s what makes you a better man, I have come to realize. Then I was able to get to the bigger farmers markets on Long Island. Once I got into the Hamptons and Montauk, I met the right people. I learned about organic cooking.

“I applied to my licenses with the Department of Agriculture to be in the food-processing business. I got approved on the anniversary of my grandfather’s death. To me, that’s when who I am now was born.

“I feel that like my grandfather could have done a lot with his career in his life with being a chef, but he didn’t. I could’ve worked at a restaurant, but I took this road into the unknown.

Sexual abuse left a Baldwin woman angry, but a daughter restored her faith in life
A broken leg couldn’t keep Great Neck actress off the stage