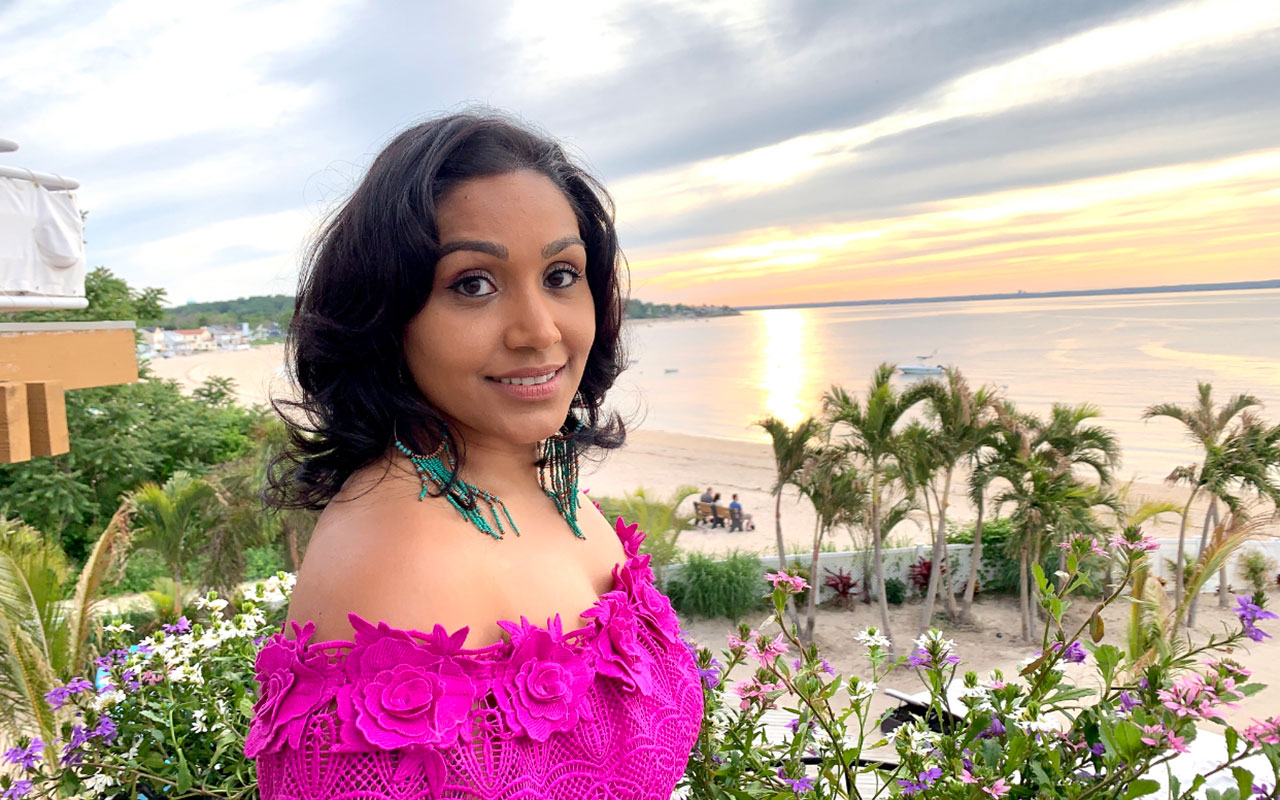 ‘I didn’t have anything. How could I even talk to a psychologist or therapist without insurance? They turned me away.’

“I was a very angry teenager. I was a magnet for fights and being in the wrong environments and choosing the wrong things. I was always really good at school and even skipped a grade and was put into a special program, but then I started to skip classes and started self-sabotaging. I spiraled into a realm of darkness, and in my last year of college, I got pregnant with my daughter. I didn’t have a job at that time. I didn’t have insurance. I didn’t have anything. How could I even talk to a psychologist or therapist without insurance? I was on the subway coming back from school; I was in such a dark place that I made that call to the psychologist. They turned me away. That phone call was so detrimental because I couldn’t see a way out, and I just wanted help. I even called a suicide hotline, and guess what: I was put on hold.

“Everything was catching up to me. On the outside, I was always smiling and laughing. I seemed like such a happy person. My friends called me ‘Giggles,’ but deep down, it was such a tough pain – it became a physical pain. Only after I made myself a better person and faced my darkness did the smiles and laughter become real. I decided to try and help myself in any way I could. I went to the library and got self-help books and tried self-diagnosing myself. I was going to college for psychology, so I tried applying the things I was learning to myself.

“Mental health is so important, and I realized that I was hiding from what happened. I never faced the darkness. The darkest part of my life was from 5 years to 8 years old, I was sexually molested multiple times. I kept the guilt and didn’t say anything because I was told not to. I was told I would get in trouble if I spoke up. It followed me and I carried that with me. I was angry. I was an angry teenager at my parents because I felt like they should have done a better job to protect me. My daughter took me out of the darkness. Once I understood what happened to me, I wanted to make sure that never happens with her. That was the biggest turning point for me. I needed to be a better person for her so she could have a good role model. I had to be the strength that she needed. She saved me.

I want people to never give up on their dreams. It is possible. You have the ability to fly, just by different means. Maybe you can’t be Superman, but you can be a pilot.

“Eventually, after having my daughter and getting insurance, I was able to find a therapist. I still have moments, but they’re not so dark anymore. Now I realize I’m allowed to have a bad moment because I’m human. Knowing how to get out of that moment and situation is so important. If what happened to me didn’t happen, then I wouldn’t be equipped with the knowledge that I have now to share with not only my daughter, but everyone. Life happens for you, not to you.

“Since then, I have been doing as much as I can to try and help others. I wrote a children’s book called ‘Superhero Within Me.’ My daughter, Isabella, had such a large part in this story and truly inspired it. She would ask me to read bedtime stories, and then I started making up my own, but I incorporated this one superhero that she would pretend to be with my niece. She would ask me to keep telling her the same story, so I started writing it down until it turned into a book. I couldn’t find an illustrator that I connected with and as my daughter got older. I realized she loved drawing, so she ended up illustrating the entire book. She was so passionate about it, and it was a great bonding experience for us. 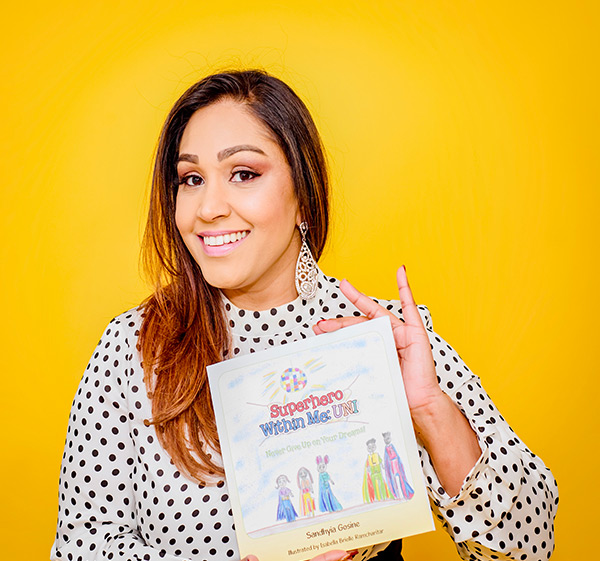 “The book is about the abilities we have within ourselves. It follows a character that my daughter created and used to pretend to be. The character, Uni, has a passion for being a superhero and eventually becomes an FBI agent. I want people to never give up on their dreams. It is possible. You have the ability to fly, just by different means. Maybe you can’t be Superman, but you can be a pilot. I really hope people don’t ever give up on their dreams. Even as adults, we all have that little child within ourselves and those passions we’ve carried. We should never give up on things we enjoy, like dancing or singing, or anything that makes us happy and gives us joy. We need to hold on to that. The combination of being a mom and finding something that I loved, photography, has helped me along the way.

There is always hope and a gleam of light. When you find it, hold on to it because it gets a little bit brighter the more you focus on it.

“I have nieces and nephews who come to me when they need to talk, and I love making other people happy. If I can make someone happy or change their life, then that’s literally priceless. Whenever someone talks to me about their problems, I know I was put there at that moment for a reason – to be that person that I didn’t have when I needed it. I want to be that hope for someone else. The first thing I did after healing is that I called the suicide hotline again. This time, I volunteered with them. Having those kinds of conversations with people who needed my help was my way of giving back and to not hold it against the hotline. I understood why they weren’t there for me and why they couldn’t answer my call – they didn’t have enough volunteers.

“It’s just a broken system, not enough people to help. And if you are able to find help, if you don’t have insurance, you can’t get it. I recently created GoSinergy, which is a place where students can get mentored and get direction on their life and career goals. It focuses on academics, but it’s also just a place for them to talk about anything they want with a mentor. I want them to provide a safe space to help guide students. 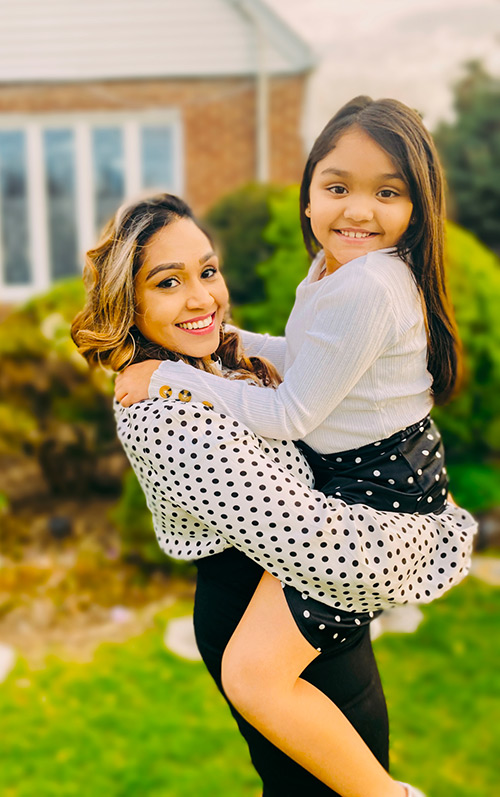 “About a year ago, I had to explain to my daughter why I didn’t want her sleeping over at people’s houses. I am very protective of Isabella, and I do let her hang out with her friends, but I don’t allow sleepovers. I didn’t tell her my full story, but I wanted her to be aware that bad things can happen. She’s still young, but it’s important to have open conversations and I hope parents take that from my story.

“I want kids to know that if something bad ever happens, that it is never their fault, and they are never in the wrong. I hope people know that everything is momentary. I don’t want anyone who is going through a tough situation to think, ‘This is the end.’ There is always hope and a gleam of light. When you find it, hold on to it because it gets a little bit brighter the more you focus on it. My daughter is what pulled me through. Everything that I needed when I was younger, I put into the person I am today to be that for my daughter.”