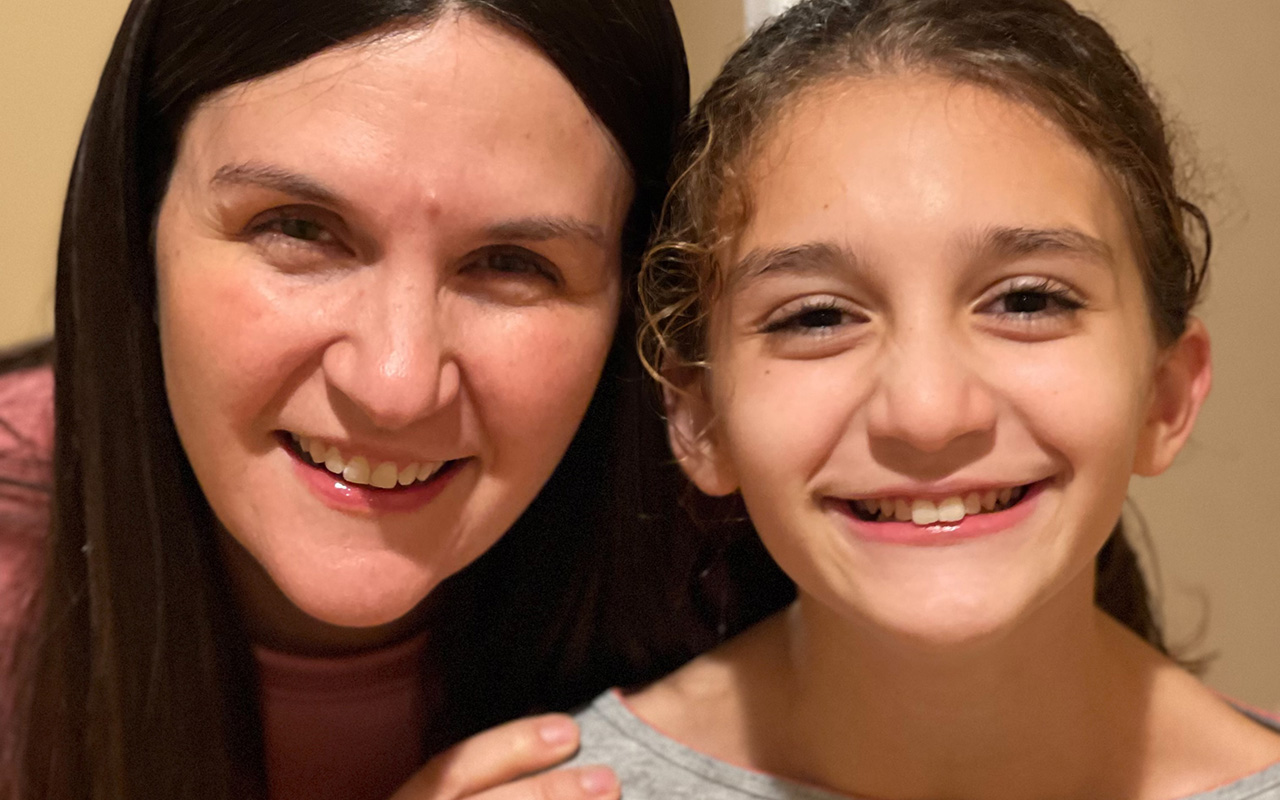 ‘Danielle was a healthy, spunky, active 7-year-old. She went from doing cartwheels to having to relearn how to walk.’

“Danielle was a healthy, spunky, active 7-year-old. She went to camp one morning in the summer of 2019, and I got the dreaded call that she was really sick. She had a headache, something was wrong with her leg, and they had already called 911. When EMS arrived, she was unconscious.

“When my husband and I met her at the hospital, she was not responsive, but the doctors were working on her. They discovered bleeding in her brain. They brought her to Cohen Children’s Medical Center and confirmed that it was an AVM — a tangle of blood vessels. There’s pressure that builds up behind it, and the blood vessels burst. She went to emergency surgery and was in the ICU for two weeks. 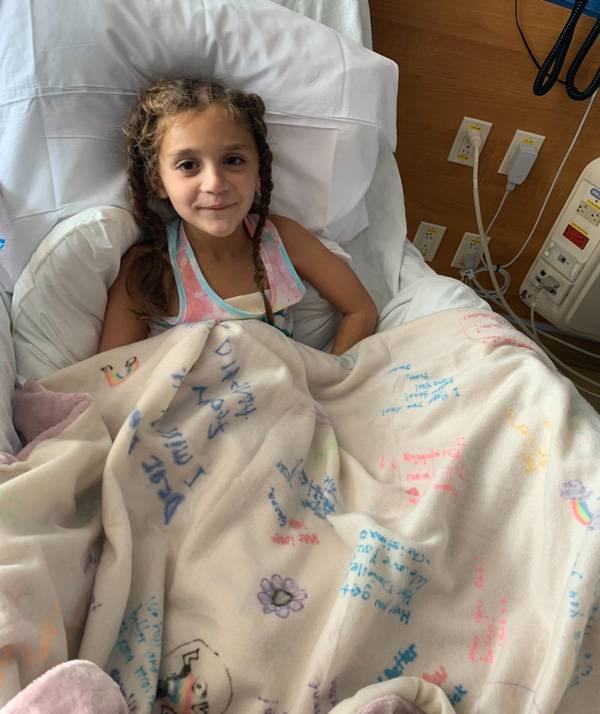 “When she woke, she couldn’t move her right side. She went from doing cartwheels to having to relearn how to walk. We were just happy to hear her talk! They did another brain surgery and she was off to rehab.

“In addition to walking, she had to relearn to use her right arm, feed herself, write … normal things that you take for granted. She kept telling us she was determined to be ‘regular Danielle again.’

Her experience has helped me be a better pediatrician.

“In 2020, a checkup showed the AVM had grown back. She had another brain surgery last fall. It was a big setback, but she was determined to get back to herself. Now she’s back on the dance team doing cartwheels! It’s amazing that she’s had three brain surgeries.

“In September, she had a checkup and it was clear! She wants to be a pediatric neurosurgeon. Despite my being a pediatrician and my husband a cardiologist, I learned that doctors push for your kids, but no one can do as much as parents.

“When she went back to second grade, the doctor said she had no restrictions on the playground; however, the school said there it wasn’t safe, so she was kept inside for recess away from her friends. It was an emotional roller-coaster for her.

“In third grade, her class wrote persuasive essays. She wrote to the principal asking to fundraise for equipment for the playground for kids with disabilities. We’re very proud of her. Her experience has helped me be a better pediatrician. Our whole family has grown. It showed us something we didn’t know we had in ourselves — that we can be strong as a family.”