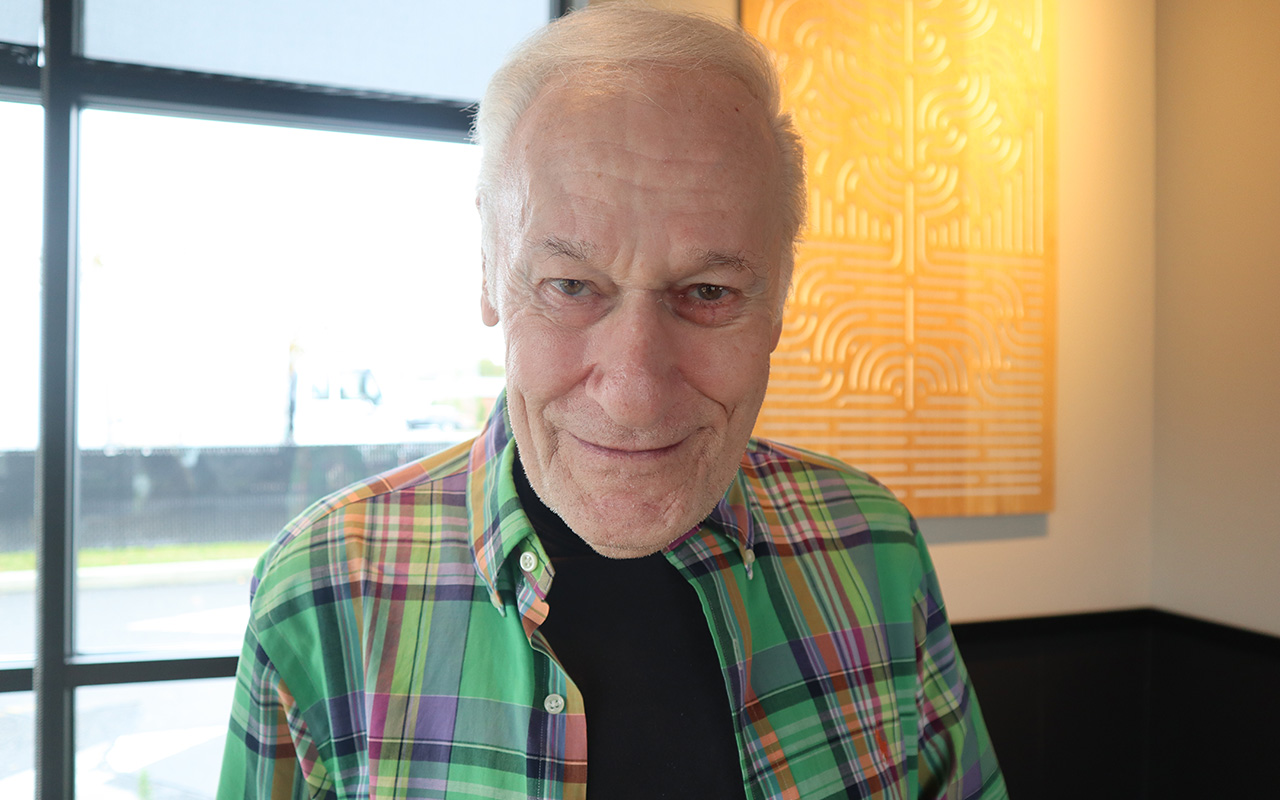 “I was in the Air Force during Korea. I served for four years as a medic. I got to go on a lot of helicopters and worked in the emergency room. I even delivered a baby.

“My wife had passed away in 2014. We were married over 50 years. It was just very sudden. We never expected it. I moved to Patchogue about three years ago. I still work, I just work from home now. I’ve been with the same company for over 30 years.

“I had non-Hodgkins which has been in remission for at least seven years now. It hasn’t come back, but I also have bladder cancer. That’s the type of cancer that just keeps giving.

“One day in 2017, I was watching “America’s Got Talent” and I said to myself, ‘Gee, I could do that.’ So, I told my daughter that I would need a ride to St. John’s University. She said, ‘you know, when you told me you were going to start doing comedy, I figured you were going you start off with retirement homes or something like that.’ I tried out and they all laughed, but they said I needed to polish up my material because I was a little bit too risqué for them.

I do what I do because if I can take people’s minds off their troubles and problems, even for a little while, it’s all worth it.

“I’ve always just been a funny guy. I always told jokes. At my very first show in Bohemia, I got a standing ovation. Two of my performances in Patchogue even sold out. Not saying it was because of me, but I seem to be getting some sort of following. People say they want to see me. The same year I started doing stand-up, Paul Anthony, who runs the AARP over 50 shows, had me try out for the AARP Funniest Comedian Contest. I was one of the winners and after that, he started putting me on a lot of his shows at theaters. 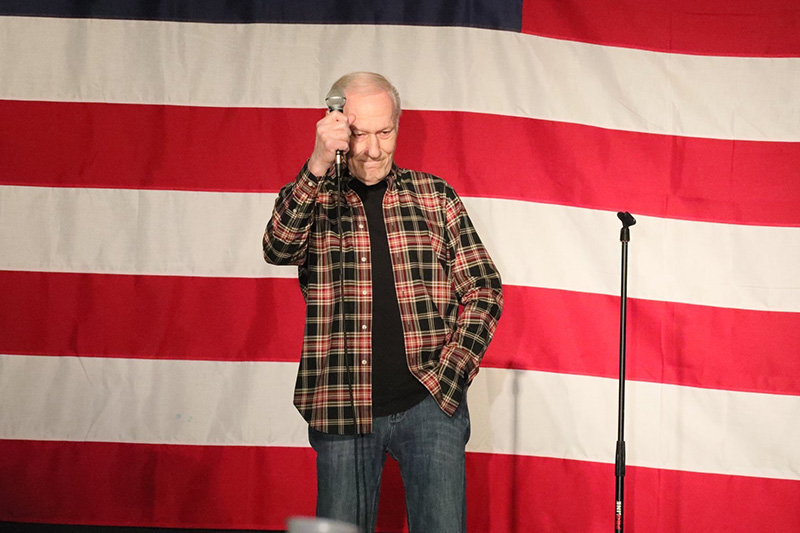 “I’ve been very lucky. I’ve been doing about two shows a week. I’ve done shows from Miami up to headlining at Mohegan Sun with veterans’ comedy assault, which is made up of all veterans.

“Before the pandemic, I had done shows for patients of the VA hospital and the homeless. I’ve performed at fundraisers for the VFW and the American Legion and was asked to perform at the Tunnel to Towers concert series.

“It has really been fun. And you know at my age, there aren’t too many of us. I only have one friend left from the old days. Now I’ve got all these new friends because I started doing comedy. I do what I do because if I can take people’s minds off their troubles and problems, even for a little while, it’s all worth it.”