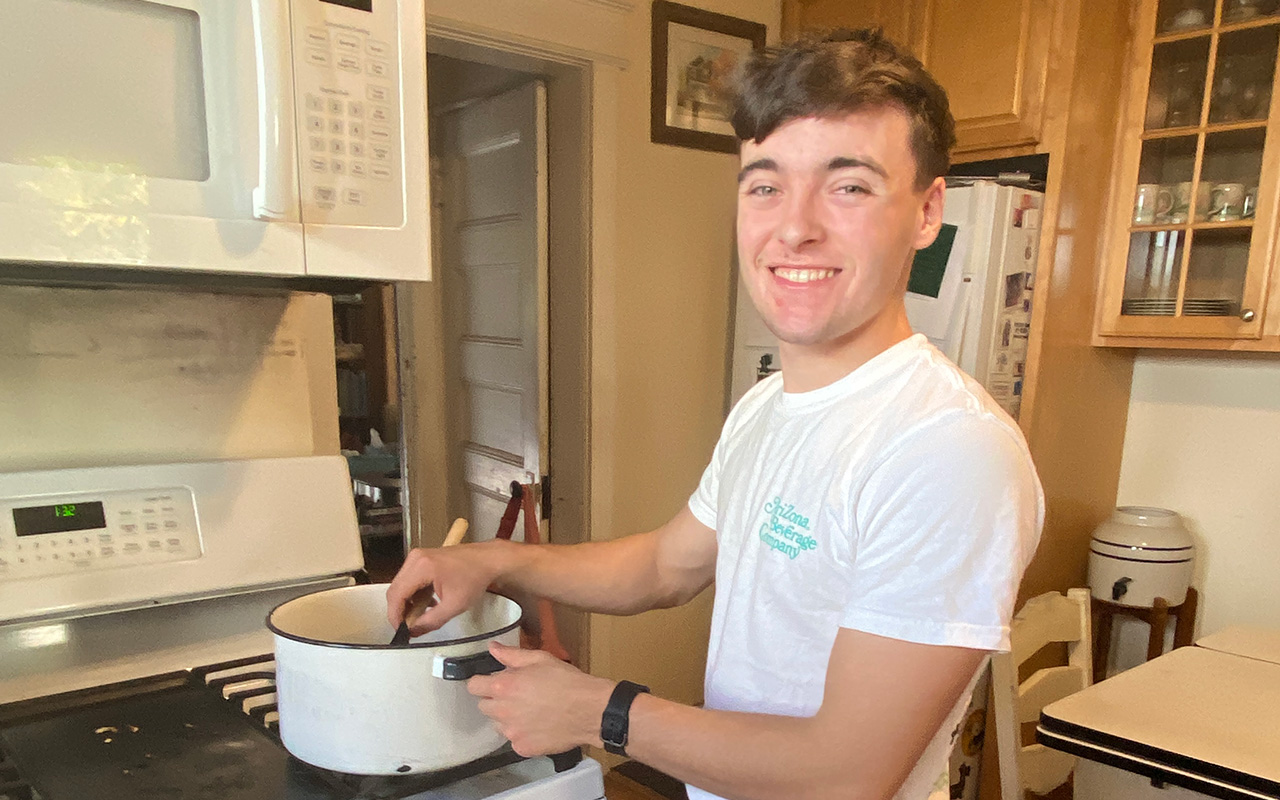 “I’ve loved cooking since I was 8. I would mix weird food combinations. When I was 10 or 11, I started cooking on my own, nothing crazy like I can do now. I could make spaghetti and meatballs; that was probably the first thing I made.

“I begged my mom to let me go on ‘Chopped Junior.’ It was brand new. Reluctantly, when I was at the end of sixth grade, she said yes. I started the audition process; it took about six months. I went into New York City to film it, and six months later the episode aired. You have to make an appetizer, an entrée and dessert. I made duck sliders, fish tacos and a curry ice cream parfait. I came in second, but the only person who wins money is whoever comes in first.

“In sixth grade, I took home economics. My teacher, Mr. Roberts, was a CIA [Culinary Institute of America] graduate, which is part of the reason I started getting more into cooking. Deciding to pursue this as a career probably happened in 10th grade, when I learned I could go to technical school at the same time as high school. Once I got to technical school, I said, OK, this is it, I’m taking this seriously now. I don’t think until that point I really realized what profession I wanted to be in.

The fact that I’m working in one of [Keller’s] restaurants at the age of 19 is crazy to me.

“I applied to the Culinary Institute and Johnson & Wales University in Rhode Island. I got accepted to both; basically it came down to who’s going to give me more money. CIA gave me more money, and I love the education I’m getting there. Part of the education at CIA is an externship; it’s technically a class. I applied to Per Se [a French restaurant in Manhattan]. I’m a little more than halfway done. In the kitchen, there’s a hierarchy system. I mostly do prep work. It’s taught me more about the restaurant industry, about how a Michelin-star restaurant functions.

“I haven’t met executive chef Thomas Keller yet, but I’ve seen him. He’s a rock star, a living legend. The fact that I’m working in one of his restaurants at the age of 19 is crazy to me. However, my end goal at the moment, and this can change any time, is to work for a Formula 1 team as a chef. I’ve been following them for about two years now. It’s a big hospitality industry and the teams are giant. And obviously, they all need to eat.”