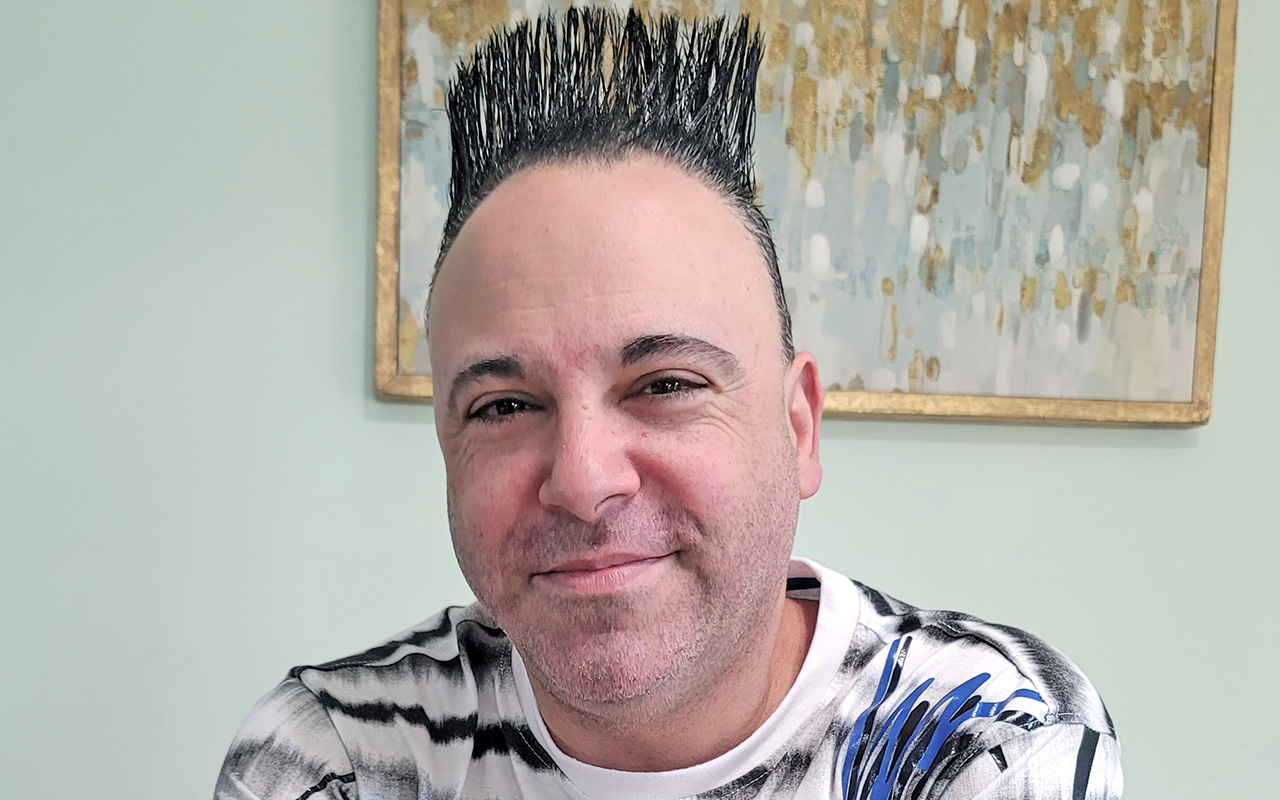 ‘I stayed interested in cooking as I got older, but wasn’t sure what to do with my life.’

“I started cooking around age 5, fooling around in the kitchen where my parents lived in Queens. I wasn’t watching ‘Sesame Street’; I was trying to copy what I saw Julia Child and ‘The Frugal Gourmet’ did on TV.

“My mom said she would flip through the channels, and the first time I saw Julia Child’s show, I told her to stop there. She saw that I was drawn to cooking. She passed away in 2010, but before that we used to watch the original Japanese version of ‘Iron Chef Showdown’ together. She would say that one day I’d have my own TV show, which I dismissed at the time, but she would insist and say, ‘You’ll see.’

“I stayed interested in cooking as I got older, but wasn’t sure what to do with my life. Growing up in North Bellmore, I followed my dad’s plan to use my art skills, and I studied graphic design in college, but also kept messing around with cooking classes.

“After graduation, I interned for a post-production company in the city and was offered a job in their client services department. As it turned out, that job had me passing through Manhattan restaurants, where I got to taste a lot of food, and it made me finally realize what I wanted to do.

“About a year later, I opened a restaurant with my dad in Bay Shore. It went well, but about a year and a half later, my father got sick, so we sold it. I then went into large-scale catering, and while that was fun, I knew it wasn’t what I really wanted to do.

“I was in my mid-20s and still trying to figure myself out. I started dabbling in sales and fundraising before taking a job at a small local college in its admissions department. Then after five years, I moved on to do admissions at a culinary school. It was fun, but I was getting burned out, and it was my wife who finally said I needed to do something else.

“In 2014, she found out about a casting call for ‘MasterChef.’ She said I was wasting my time behind a desk, and that my talents should be seen by everyone. I was hesitant at first, as we needed money to live, but she said, ‘Nope, we’ll be OK,’ and would also bring up what my mom said about me having my own TV show one day. I went for it. But I also promised her that I would make something bigger out of it.”

As I promised my wife, I used my 15 minutes of fame to build something.

“During the four-month process of picking finalists, I was one of three chosen from the New York area, and then brought to California to audition. In the end, I made it to the top 40 and the cast, but didn’t win.

“However, as I promised my wife, I used my 15 minutes of fame to build something. In fact, the night I got home from California, I made a website and from there started networking.

“I began doing private dinner experiences and going to events, using my ‘MasterChef’ recognition to build a brand. I made sure to be searchable on Google and reached out with offers of free cooking demos and samples for about a year, plus [I] did more shows and more TV. 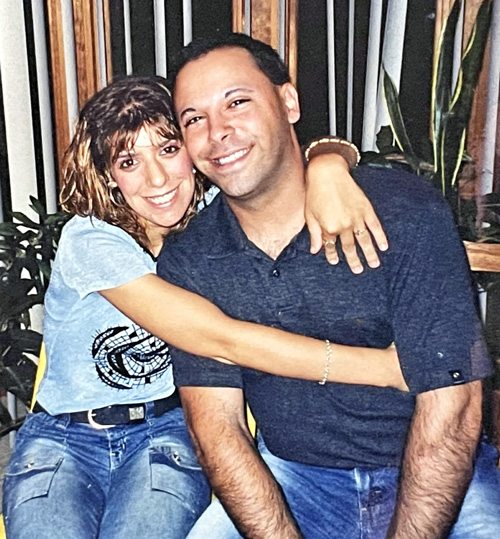 “I also competed in the televised World Food Championships in 2016. I continued to do TV for the Food Network and the Travel Channel, and also did some small roles in TV shows and movies, learning more along the way about how TV production worked.

“My goal was to have my own entertainment production company, and my wife came up with an idea about doing a show that involved helping people. I then came up with the next step, about helping people right here on Long Island, people going through tough times.

“We’d give them a platform to tell their stories and show that there’s still hope and people that want to help them. Of course, we connected it to food, like using an old family recipe that for one reason or another fell away, and we’d help revive those recipes, and that’s how our show, ‘Family Kitchen Revival,’ came about. We shot eight shows, and it took off, running on streaming platforms.

“We’re now working on season two, which will focus on essential workers. I’m also working on a new show that will be shot in my home, which will feature guests, easy-to-create recipes and cooking, but also lots of talking and having fun.”

I run out of steam sometimes, but thinking of my family, that changes everything and keeps me going.

“I suffer from a rare muscle disease called Shulman syndrome. I’ve been dealing with that since I was in my 20s, and it affects my muscles and my range of motion.

“I can’t turn my neck certain ways. Certain foods can cause inflammation. There’s a lot of cramping. It was so bad, at one point my mom had to help me get dressed. I still can’t turn my neck, but I hide it really well.

“There are times I can’t get out of bed, I’m on medication, I lose feeling in my foot and leg, but I push forward because I have a family to take care of.

“As I get older, I’m winding down on cooking for people, and my plan is to instead focus on developing shows and entertainment. I can do this because I’ve come to a point in life where I’m more established. But I still can’t take my foot off the pedal though, not when you’re living on Long Island and have to support a family. 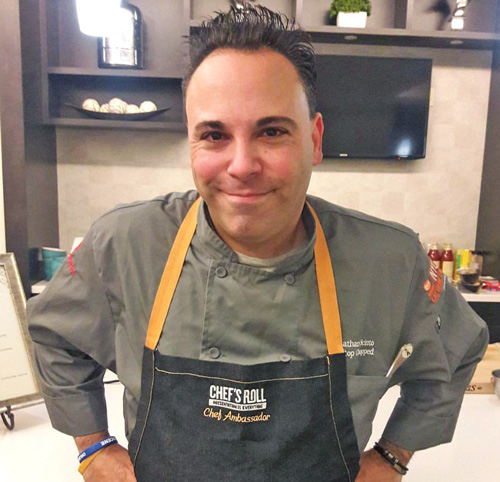 “One thing I try to show my kids is not to give up. Yeah, there’s going to be failure; that doesn’t mean there can’t be success down the line.

“Even though I work so much, I still cook for my family as much as possible and try to do as much family time as possible, even if I’m exhausted. It’s important to make time for your family. I think that’s how I was raised by my mom.

“My mom, she put her career aside to care for my brother, who has special needs, and now my wife helps take care of him. My wife is phenomenal; she’s been through it all with me. I couldn’t have done this without her being so supportive.

“We’re like a love story. She’s never said anything negative about anything I’ve done. I would be nothing without her today. When my mom and wife met, they clicked, which makes sense as they’ve both supported me, inspired me and have been a big part of my success, as have my three daughters.

“I don’t think I could do any of this without having my family, from my mom to my wife to my children. I run out of steam sometimes, but thinking of my family, that changes everything and keeps me going. I want to do this for them all.”