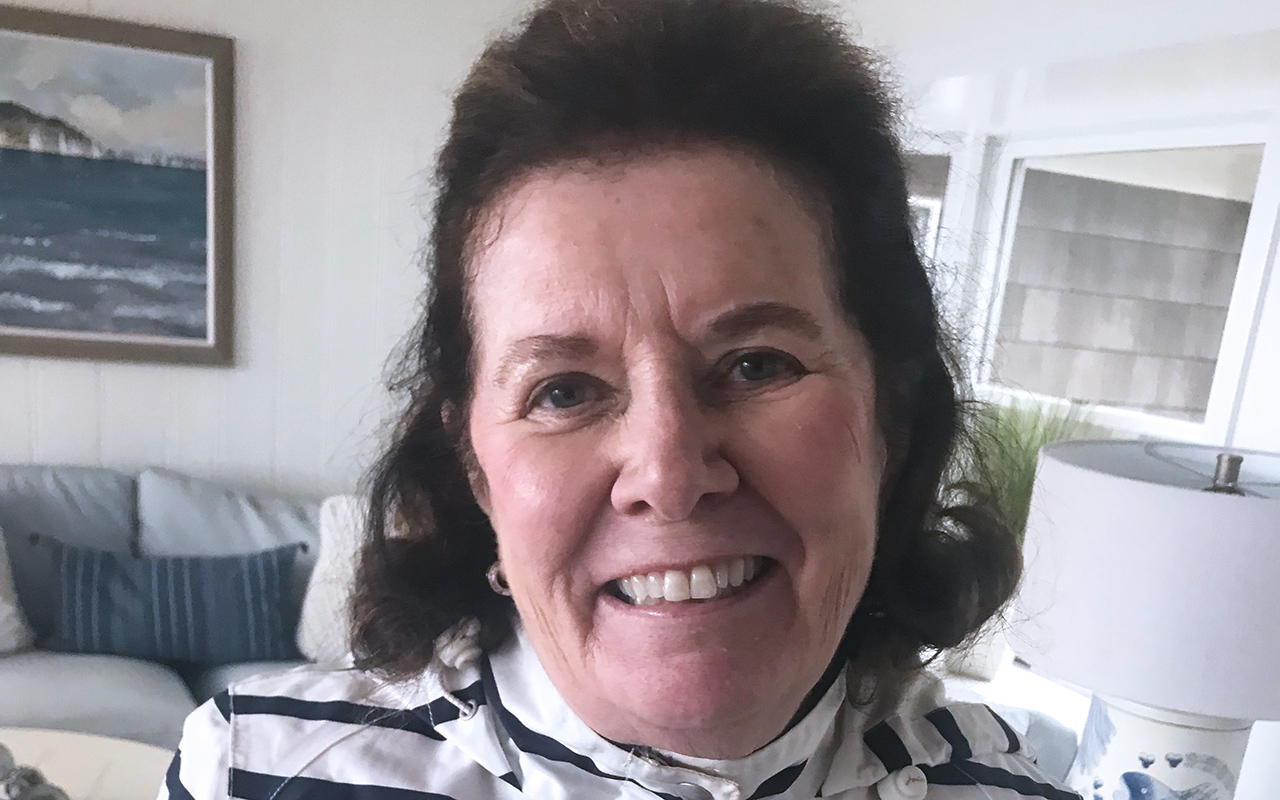 ‘Melanoma can happen to anyone: any age, gender, or ethnicity.’

Mollie, our daughter, was 20 years old and a sophomore in college when she discovered a mole high on her thigh. She called us from school because she was alarmed. It was bleeding through her pants and, not having a background in melanoma, I just said to come home, and we’ll go to the dermatologist and get it taken care of. The biopsy revealed she had a late-stage melanoma. It was something that we were totally unprepared for. She had a college physical in September, and this was in February, so it was missed, and unfortunately because of the location of it on the back of her thigh, I don’t think she noticed it until it started to be bothersome.

“Now we tell people that if you see a change in a mole to try to take a picture of it, go to your doctor, have it analyzed, biopsied, and that could save a life. She went to Memorial Sloan Kettering and had very intense chemotherapy. This was in 2000. Unfortunately, she passed six months later. It was just devastating. We never saw it coming. She was athletic; when she was in high school, she was captain of her tennis team and played other varsity sports.

Mollie never appeared sick. However, she definitely fit a profile: she was blonde, fair-skinned, freckly, very light blue eyes, but she never went to a tanning bed, and she wasn’t a tan fanatic. I won’t say that she didn’t have sunburns from childhood; she did. We went to the beach. We definitely used sunscreen and an umbrella. But we’ve learned so much since. As a result of her passing, our family – Mollie’s the third of four children – established a foundation in her memory with the hope that we could help others who are battling the disease and foremost prevent it, because we know now that skin cancer and melanoma are largely caused by UV rays and are preventable and melanoma, if caught early, is curable.

“We don’t designate any of our funding for research. We thought we could make a bigger impact with prevention and education. Luckily, since she was diagnosed, research has improved therapies and drugs for people with advanced disease. These advances certainly give a lot of hope to current day melanoma patients, which we didn’t have when she was diagnosed. We’ve been very involved in education and prevention. We developed a film for middle school students to explain the importance of sun protection and mole identification. 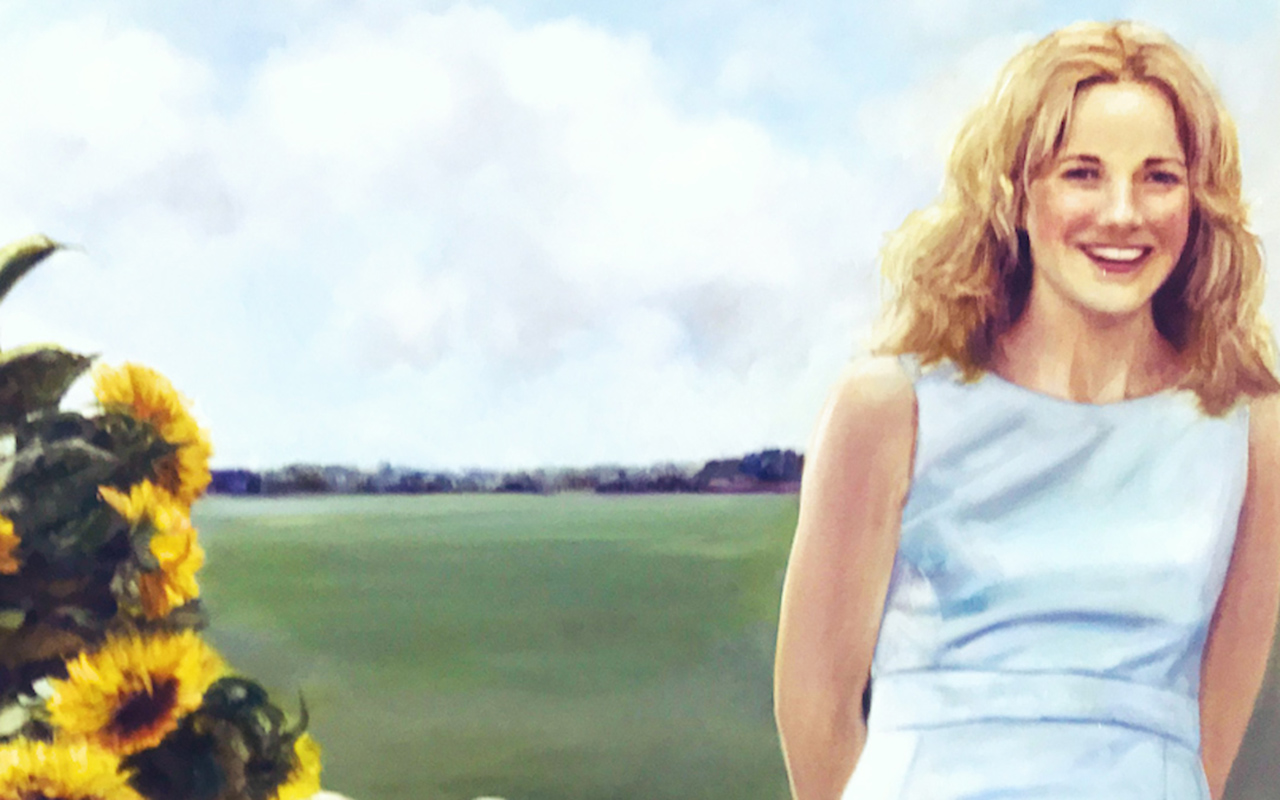 One person out of five will be diagnosed with skin cancer. And one person every 55 minutes dies of melanoma. The skin is our largest organ, and we have to protect it.

“What we wanted to do was to change behaviors for young preteens and teenagers and warn them against tanning beds because they are worse than the sun in terms of UV damage to the skin. We gave out thousands and thousands of copies. After that, we focused a lot on public service announcements and social media campaigns. One of them was ‘Free Killer Tan,’ which really was targeted for high school girls.

“When I think about all of the girls we met when we would do school presentations who acknowledged that they went to tanning beds before prom, we thought this was a wonderful audience for us to bring that message to through YouTube and social media. Recently, we did a campaign on ‘solar distancing,’ capitalizing on the social distancing theme because of COVID. The PSA graphically shows sun damage from 95 million miles away in a very attention-getting ‘Star Wars’-like segment. Basically, what we’re trying to do is to reinforce the importance of sunscreen, sunglasses, protective clothing, seeking shade, some basic things that may seem routine to a lot of people, but it doesn’t always pan out that way. We donate gallon-dispenser jugs of sunscreen to different communities. We also did a blitz social media campaign for ‘Skinny on Skin,’ an online program for hairdressers.

“We know that women will see their hairdressers on the average of every six weeks, more frequently than they’d ever go and see their dermatologists. Now everyone in that salon community after taking this short online course has an opportunity to be a skin cancer prevention advocate, suggesting to their clients if they see a lesion or something suspicious that they need to see a medical professional.

“One person out of five will be diagnosed with skin cancer. And one person every 55 minutes dies of melanoma. Melanoma can happen to anyone: any age, gender, or ethnicity. The skin is our largest organ, and we have to protect it. Hopefully, through continued and ongoing efforts, we will change behaviors and reduce these statistics.”