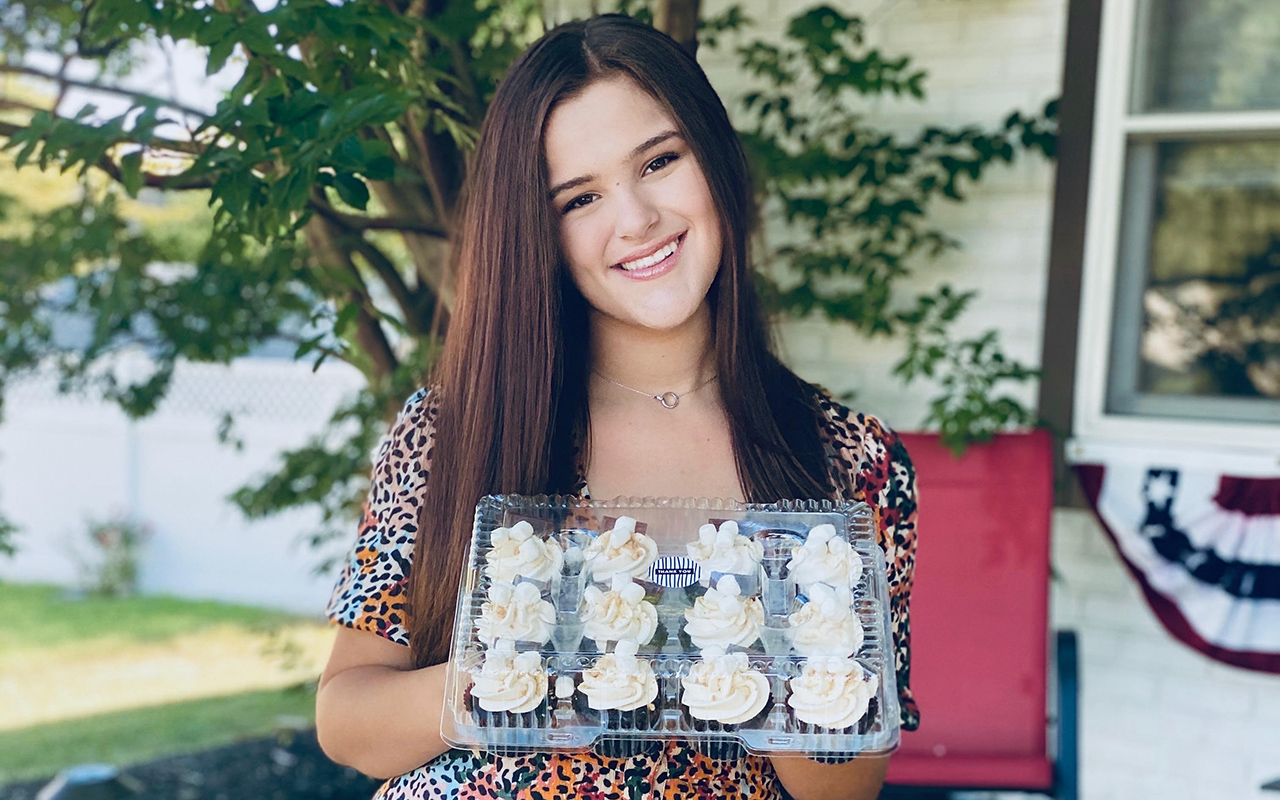 ‘I feel like a lot of teens think they can’t be entrepreneurs because they have a lot of other things going on. But there is room for everybody.’

“Like every other teenager, I was on my phone a lot during quarantine and my mom threatened to throw it out the window if I didn’t get off of it. I was on the social media site TikTok and I scrolled to the next video and I saw somebody baking pretty vanilla cupcakes. And I thought, I’m going to bake! My mom told me that there was a box of Betty Crocker cake mix and a tub of Pillsbury frosting in the pantry. I didn’t originally tell her what I was going to do; I just went downstairs and went on Pinterest and I started baking. Then my mom started sharing my baking on social media and it just kind of blew up. I had never really baked like this before; I’m self-taught. I have now had two pop-up shops at Walt Whitman Shops.

“I’ve gotten to bake for many different graduation parties and birthday parties, and I just started doing events with little kids, where they can decorate their own cupcakes. During the school year, I have cheer practice six days a week, for two to three hours at a time. I am a part of my school’s Community Connections Club, where we bake food and make dog treats to give back to the homeless. I bake after school, in between cheer and school, and late at night. A typical week for me is 25 to 30 dozen orders. The profits are going toward a future car and college.

In December, I did a hat and coat drive; anyone who was picking up their orders could donate. I love helping my community. And now, I’m hardly ever on my phone.

“Originally, I was sending cupcakes to my dad, who is an FDNY firefighter, to support the firehouse during COVID because they were working long hours. Now, I do what I call First Responder Fridays, which is normally the first Friday of every month, people can nominate their favorite first responders and I’ll pick a couple of winners to get a dozen free cupcakes. The FDNY, EMTs, and the Selden police chief were able to get my cupcakes so far.

“In December, I did a hat and coat drive; anyone who was picking up their orders could donate. I collected over a thousand hats, coats, and mittens and I donated it to my local church, which gave back to people in need. I love helping my community. I feel like a lot of teens think they can’t be entrepreneurs because they have a lot of other things going on. But there is room for everybody. And now, I’m hardly ever on my phone.”