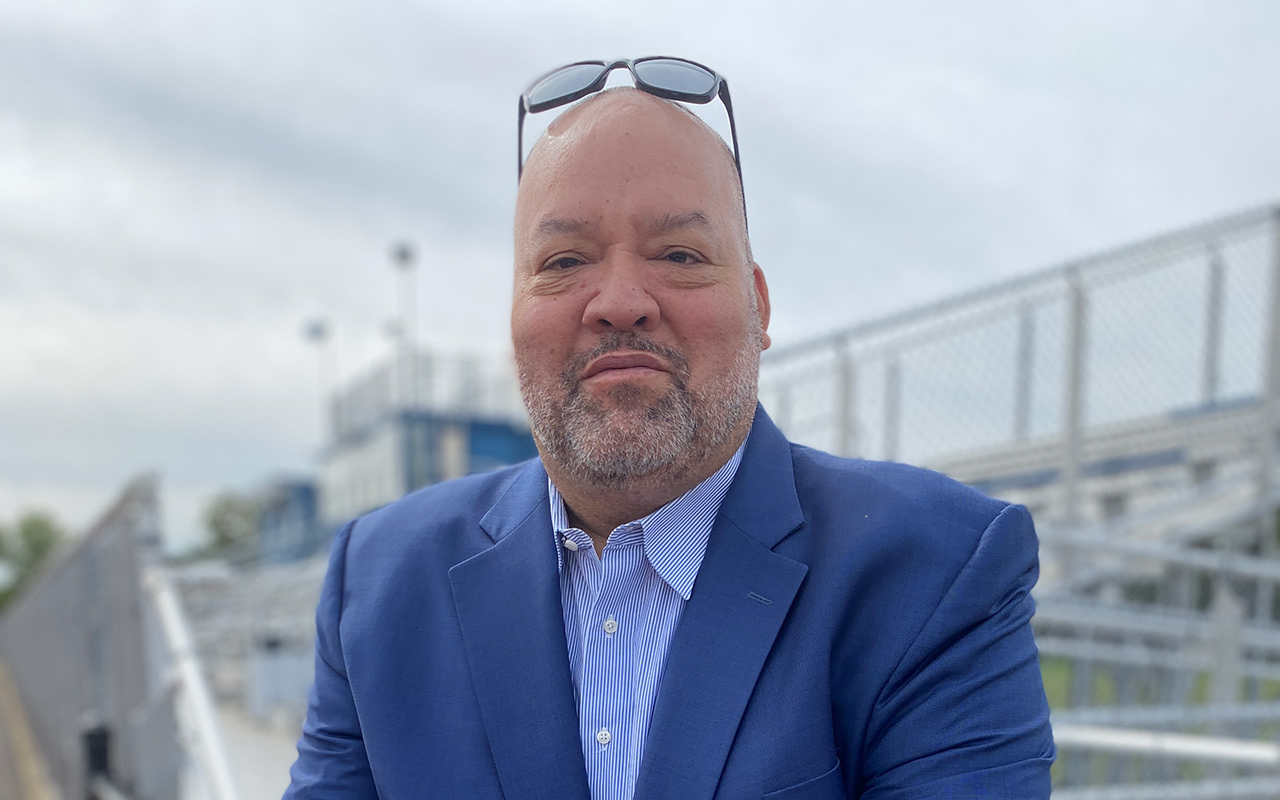 ‘I think every kid in America that puts on a helmet wants to play professionally, and I was one of those, but it wasn’t meant for me.’

“I survived a brain aneurysm in 2008; I’m blessed every day I get out of bed. People ask all the time if it was related to football. It wasn’t; I never even had a concussion. I couldn’t hear; I was not hearing correctly out of one ear, and obviously when you get an MRI of the ear, you get the whole head, so they discovered it before it ruptured. I had surgery, and I’m alive and well. I was very lucky.

“I started playing football in the Police Boys Club of New Hyde Park. From there, I went to New Hyde Park Memorial High School. We actually won the Long Island championship; we had an undefeated team our senior year. Then I went to the University of Maryland. I got a football scholarship and a degree in recreation. I always wanted to be a coach, and I wanted to be involved in the corporate world. Back then, corporate fitness was just starting to come about. I learned about how to get ready to become an athlete; it was always second nature.

‘We talk about everything except news of the day, fun stuff, things that I’ve done with these people. My motto is, I tell the story behind the story.’

“I earned the ‘Big Daddy’ nickname in 1985 when I was at the University of Maryland; one of my teammates gave me that nickname. He was actually bigger than I was — and I was 6 foot 4, 270 at the time — but he had his own nickname already.

“I started Coastal Advisors LLC. I’m CEO and founder, that’s my main business, my insurance practice. I’m an insurance consultant for over 500 professional athletes — injury, life and all other kinds of insurance. Clients are people I know; Obviously, people research me, people see me on TV, I’m all over the place. You Google me, my name comes up quite a bit.

“My second business is Gas It Up Inc. I’m chief communications officer and I’m also a partner. We provide mobile fueling for trucking companies; we provide fuel for cars, fuel for construction companies, machinery. I fell into it. I was asked to insure the first truck that the company had. I remember scratching my head, thinking what am I doing with this one? Four years later, we have a successful company, with offices in Dallas, Philly and New York.” 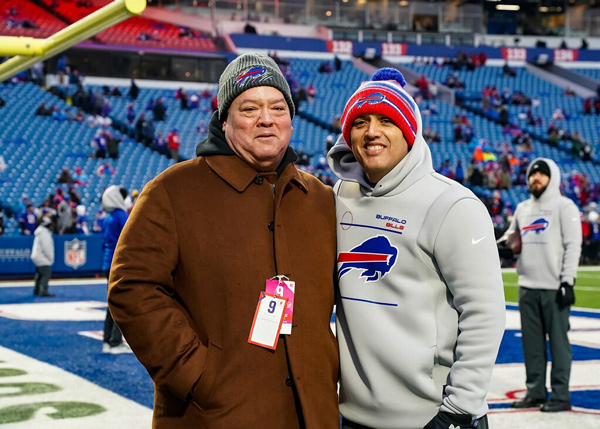 “Giving back is so important. The Big Daddy Football Camp came about when some guys I knew from the neighborhood wanted to do it. I did it one year, and then the second year, my brother, Jimmy, partnered with me to host the camp. It’s at New Hyde Park High School, where we both went to school. We limit it to 100 kids, first come, first served. We have the good fortune to have connections in the NFL. We have college coaches and pro coaches and players come as volunteers to give back as well. Some of these kids’ parents can’t afford to take them to a game. We’re extending an opportunity to these kids to see people they see on TV and they look up to. The camp has been around seven years. We have some kids playing in high school doing very well.

“My podcast, ‘Big Daddy and Friends,’ airs once a week on sportsnaut.com. We bring out big-name celebrities from the world of sports and entertainment, I’ve got a Who’s Who on there — Andy Reid, head coach of Kansas City Chiefs; Adam Schefter from ESPN (also from Roslyn); Joe Buck, lead host of ‘Monday Night Football.’ I’m saving my brother, Jim Salgado, assistant coach of the Buffalo Bills, for a little later. We talk about everything except news of the day. [It’s] fun stuff, things that I’ve done with these people. My motto is, I tell the story behind the story. I’ve had the good fortune to make guest appearances on Fox before the Super Bowl, but someday want to host a TV show.

“There’s also the Big Daddy Celebrity Golf Classic and SHER Women’s Luncheon at Oheka, usually in June. We’ve done five so far, and we have some big names — Tracy Morgan, Michael Strahan, Justin Tuck, the list goes on and on. It benefits a different charity every year. We’ve done St. Jude, Long Island Children’s Museum, Kids Need More. One of my proudest achievements is my connection to SHER, a group that works for women’s empowerment. My best friend and business partner, Anzhelika Steen-Olsen, is the founder and CEO. I’m the ambassador for the group. It’s part of the United Nations initiative HeForShe, which focuses on gender equality. I attend events, and a bunch of my celebrity clients support the group. I’m a big believer in the saying, ‘Behind every good man is a great woman.’”