‘I really like making people feel comfortable to be whoever they are.’

“I’ve been cutting hair for 20 years. I started when I was in 11th grade just to make some of the kids want to hang out with me more. I was a very nervous and awkward high school kid.

“It worked, and I found out that I loved cutting hair so much. I think cutting hair is a form of people’s expression. A haircut can really reflect somebody’s personality as well. I really like making people in the barbershop feel comfortable to be whoever they are.

“I opened up a barbershop called Strong Island Styles in 2006. A lot of celebrities have stopped by, including UFC fighters Conor McGregor, Israel Adesanya, Al Iaquinta, WWE wrestling stars Brian Myers and Braun Strowman, Mike “The Situation” from The Jersey Shore, Doc Gooden of the New York Mets, and Rick DiPietro of the New York Islanders. 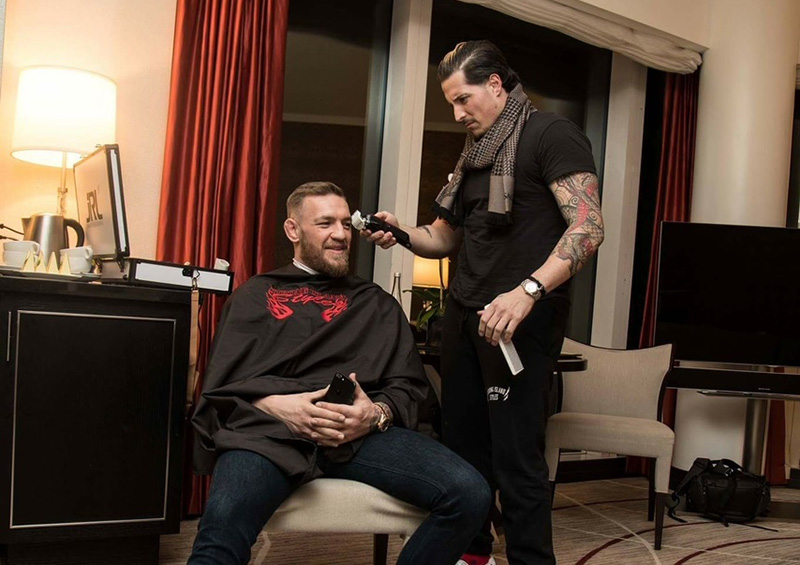 “When I was younger, my dream would have been to have a celebrity on the front of my page when I was on MySpace. Just getting to cut somebody important made me feel important too.

“Conor’s agents reached out to me because they had some talent in New York, back when he was just becoming the double champ, and it led to a great relationship between me and his entourage, agents, and managers. We all became friends.

“Myspace was my first social media campaign. I actually did it before there were all these rules. Back before people even called it ‘social media marketing.’ I think I might have been an entrepreneur. I started using it before they even knew it was going to be something big.

“In 2015, I won the title on The CW network’s Cedric’s Barber Battle, which was a reality TV competition hosted by Cedric the Entertainer. It was very similar to the show, Ink Master. Barbers would battle to see who gave the best haircut, while a bunch of judges determined who had the most skills and technique.”

“I was the underdog in the competition. Nobody thought I would make it, nonetheless win. It was great just to represent my hometown. Now we are the proud home of my heavyweight barber battle belt.”

I think cutting hair is a form of people’s expression. A haircut can really reflect somebody’s personality as well. I really like making people in the barbershop feel comfortable to be whoever they are.

“I hope that this will be a place that people look forward to going to, where they can all feel equal and all feel important. My biggest thing is making sure everybody is comfortable.

“Hunt’s Hairstyling has been here in Locust Valley for 113 years. It’s a historical barbershop. I bought it in 2020 as a sort of emotional buy.

“The shop’s former owner, Layton Hunt, didn’t want to do it anymore. I had been asking him for almost 10 years to please consider me when he retired because I didn’t want anybody else taking it over. This way I can keep it going for the next hundred years. 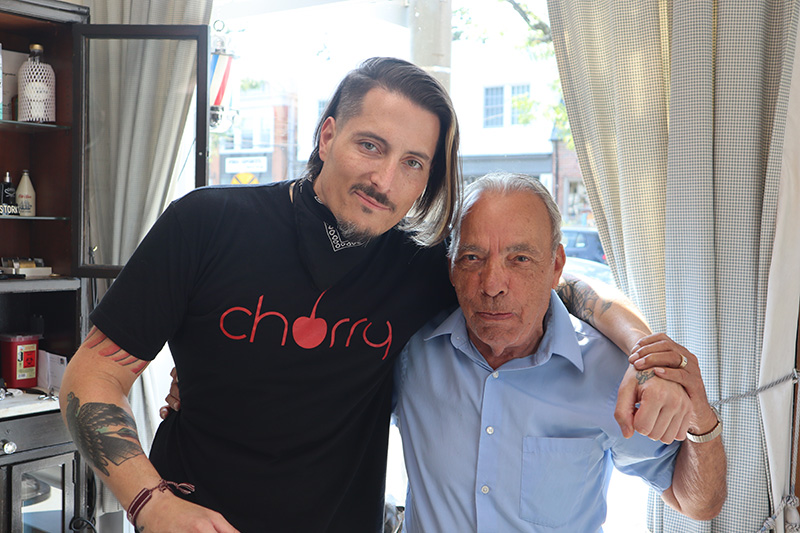 “Hunt has been cutting hair in the Locust Valley area for more than the past six decades. He acquired the shop in 1961, a few short years after he returned from the service. Both he and his twin brother are Korean War veterans and members of the Lumbee Tribe of North Carolina.

“Life is too short to not do what you want to do. There are so many miserable people who get jobs and they get good money but imagine doing what you don’t want to do. I could never do that.

“COVID definitely changed things in the barbershop due to space restrictions. I rented extra space next door for six months to be able to keep all of my barbers working and to meet the needs of customers. 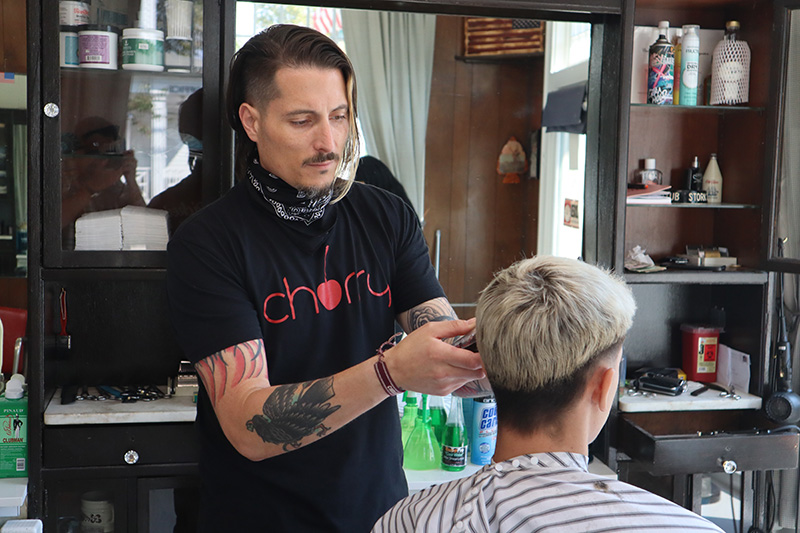 “Last year was also supposed to be our 13th straight year working with the St. Baldrick’s Foundation, which donates money to childhood cancer research, but COVID put a stop to it. So far, we have raised over $300,000.

“I see myself watching generations grow up here and me being a tradition in their futures as far as the place where they sit down and get a haircut. Even as our lives are changing so much, I want this to be one solid thing that they will always be able to experience a good haircut and personal interactions.”