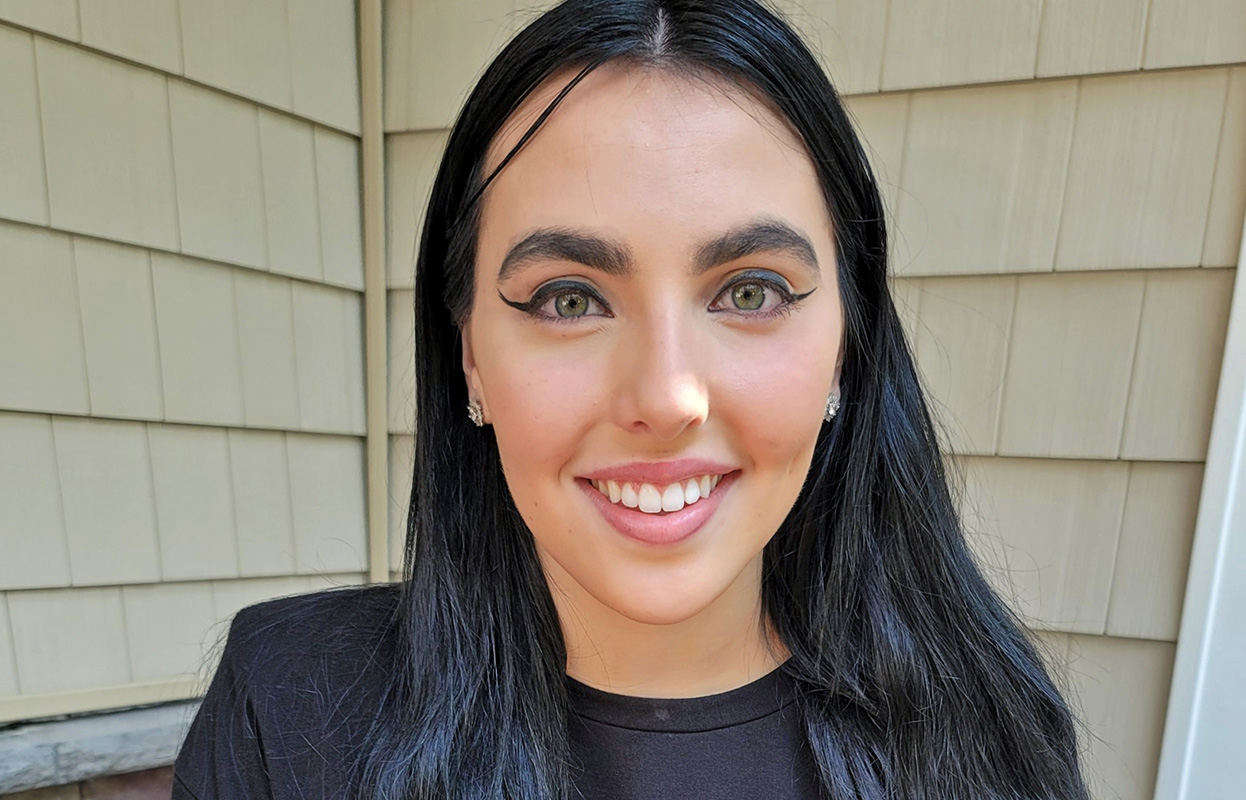 ‘I have a lot I want to do and try, but for sure I just want to figure out how to be happy. It’s about time.’

“My family life was very chaotic. I never knew what school I’d end up in, or who I’d be living with. There was violence. I never knew when I’d be moving again. I managed to cope with it all through my passions like singing, acting and writing. I figured out it could help me, and then in the future, help others.

“I always enjoyed performing, but my parents never told me growing up I could just sign up for a school play or chorus. Once I got into middle school, I figured out that I could try out for the school show, and I got the lead. But when I came home, my mom thought I was lying. Middle school ended as the problems in my household were peaking.

“A family friend saw this and found a program where I could travel and get an education. I spent two years at a school in the south, which also involved mission trips to Jamaica. We were working with disabled children, abused orphans; I even remember a girl with cigarette burns all over her. I was 15 to 16 years old at the time, and it made me a different human. When I returned home things had gotten a lot better.

I ended up founding Drama for Disorder, a nonprofit where adolescents dealing with personal problems can have a safe space to express themselves.

“My dad said, ‘there’s hope, you’re going to find a college and you’re going to pursue whatever you want.’ He helped guide me to the Long Island High School for the Arts, which I joined as a junior. I took a course called ‘Activism and Performance,’ and it was inspiring to learn I could use originality toward creating change. I knew I wanted to do that.

“I ended up founding Drama for Disorder, a nonprofit where adolescents dealing with personal problems can have a safe space to express themselves. I’m also part of a band, and while my parents both have seen me, it’s my dad who has made the effort.

“One time while on stage, I saw him help sell our band’s T-shirts for us, and that’s an image I want to keep. I can’t say I forgive him for my hectic childhood, although maybe without that I wouldn’t be who I am today. It was beautiful, to see him really trying and supporting me.

“I got into the NYU Tisch School of the Arts, where I’m an acting major, but also double majoring in musical performance. I have a lot I want to do and try, but for sure I just want to figure out how to be happy. It’s about time.”