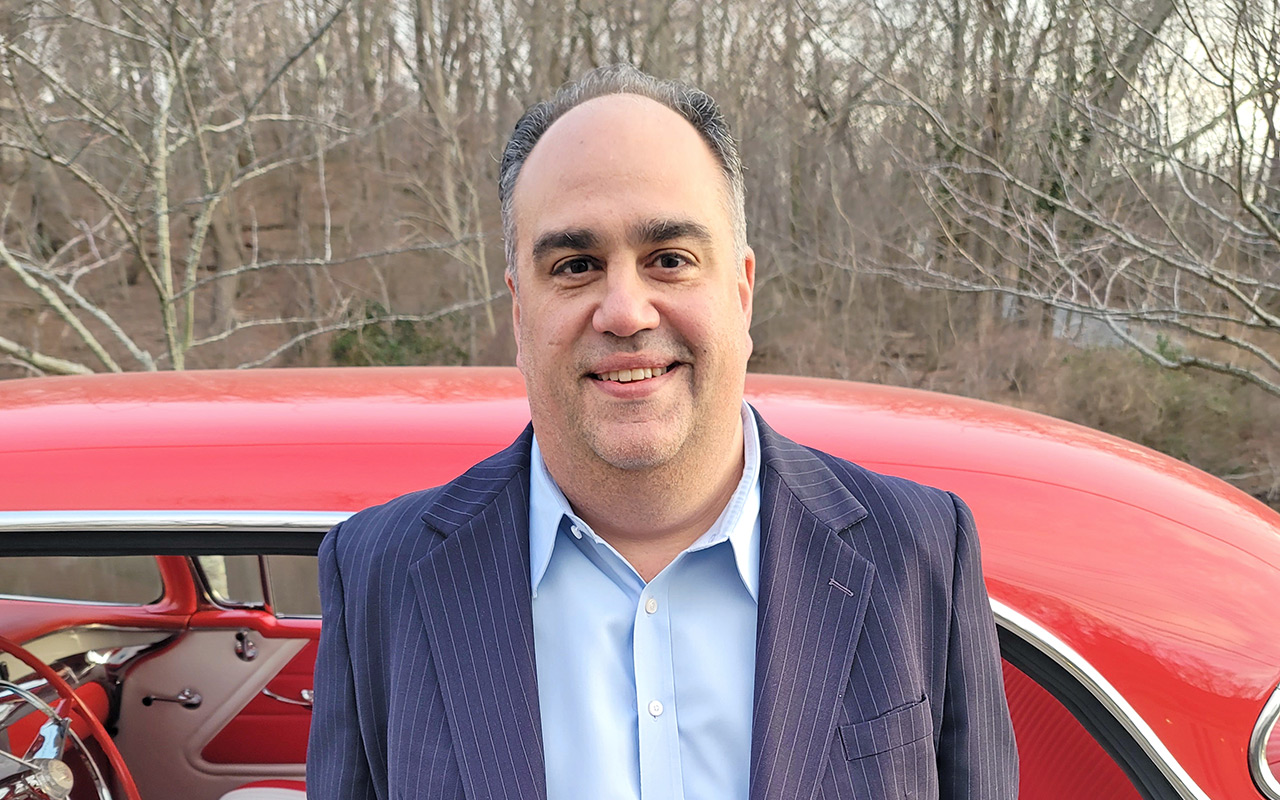 ‘I think the car helps my son hold on to pieces of memories of my dad, keep those memories alive.’

“My father’s first car was a 1956 Buick Special, and for his 25th wedding anniversary, my mother got him an old beat up ’56 Buick Special that we found. He put 100 grand into doing a nut-and-bolt restoration of the car. A few years later, my son was born. My son was very close to my father, and my father was crazy about my son. When my son was 5, my father was diagnosed with a rare blood cancer. He deteriorated rapidly and died six months later. One of the last things my father said to me was, Make sure you take care of your boy, our boy.’ My son was devastated.

I see my father in him, where he’s that kid who’s amiable with everybody.

“Soon after my father died, my mother told me that my father wanted my son to have the car. I said, ‘But he’s 6,’ and she said, ‘Well, you guys keep it until he’s old enough.’ When I approached my son, I said, ‘Grandpa wanted you to have something,’ and he said, ‘I know, the car.’ Apparently, he told my son about the car, but he never said anything to me. So, my son, now 13, owns a fully restored 1956 3-speed manual Buick Special. It’s not a fun car to drive. It’s almost 5,000 pounds — it’s like driving a freight train — but the car is important to me; it represents my father, who was the kind of guy who would find and point out the best in someone, even the worst person in the world. My father gave it to my son because it was a piece of him.

“I think the car helps my son hold on to pieces of memories of my dad, keep those memories alive. I see my father in him, where he’s that kid who’s amiable with everybody. He’s got a lot of my father’s personality. The first time my son drives the car, I’m sure my father will come to his mind. Probably, this was a cathartic way for my father to deal with not being around for my son, to keep a piece of him with my son, and I think it works. It’s a way to him to remember his grandfather was part of his life. We go to a few car shows a year, but mostly we drive it to Greenport, park and get ice cream. People come up to the car and say how beautiful it is, and I say, ‘Thanks, it’s his,’ and right away they say, ‘Ah, that’s great,’ then talk to him about how special it is. It allows us to remember what a truly special and influential person my father was in our lives.”