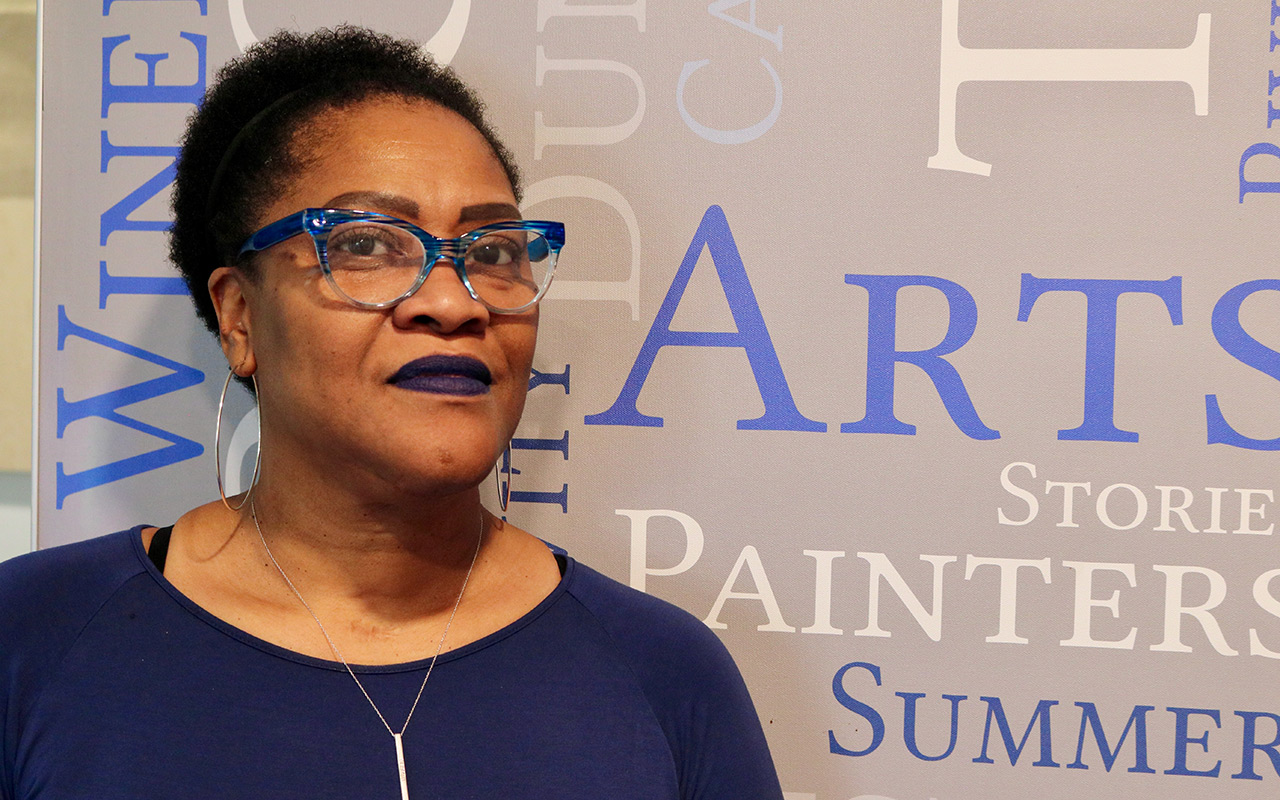 ‘Working with people who have trauma, I see they often repeat patterns without noticing.’

“It started when I became ordained as a minister in a church. I was working with young people, and I noticed a lot of them had things that were going on, whether it was fighting or strange things, nail-biting. I started asking them, ‘Why do you do what you do?’ And they started sharing with me things they were concerned about with their parents. Some had trauma — they had seen people shot, mothers killed, fathers killed, major situations where their siblings were hurt that they never dealt with. I was their Sunday school teacher, so this was born out of that, I thought, ‘I can help them.’ I created a group in the community, a black neighborhood, Gordon Heights. I had 30 to 50 children per day for two weeks at vacation Bible school, and I kept doing it for years.

“Then I expanded the program to counseling for families. I created a book, ‘How to Scream Without Yelling,’ for young people going through traumas. It was a journal for them to be able to say what they needed to say without having bad behavior. I used that a lot with my counseling sessions. That was about 30 years ago. I knew that I had to work with the moms; many were single moms who had several children with several different fathers.

“Working with people who have trauma, I see they often repeat patterns without noticing. I was working with survivors, but it was more than just surviving it, it was the trauma now and what do you do with it. I wrote a book about surviving sexual abuse as a child. ‘Stuff! The Stuff No One Told Us About Life After Sexual Abuse.’ Sexual abuse affected my life, my habits, how I viewed money, how I viewed men, how I viewed women, emotionally where I was. The Rape, Abuse & Incest National Network accepted my book as one of their preferred reading materials.

I started training people to get hope again, get their GED, go to work. I acted like their momma. I’d say, ‘Listen, get it together. You can do this.’

“Now, I work with Long Island Coalition for the Homeless. I’m a real estate broker, and I was working in Wyandanch, a really hard neighborhood, and everyone I was working with was in a housing program, and all we did was rentals. We saw cases where the mother would die, and the Section 8 voucher was gifted to the child. I’ve seen adults have children, and they’d keep repeating the same pattern. The other pattern was in shelters; they’d get so despondent and hopeless. I saw that it was something like 80 percent of people in shelters are people of color. It was crazy. These people are feeling hopeless, and in the middle of all that, there’s children being born in the shelter, and they’re growing up like this. They’re 3, then they’re 9, then they’re 15. And I’m going, ‘There’s a problem. Why is this happening?’ Sure enough, it was a pattern generationally; they got comfortable and stayed in the shelter.

“So, I started training people to get hope again, get their GED, go to work. I acted like their momma. I’d say, ‘Listen, get it together. You can do this.’ I see the same patterns with homelessness. There’s a trauma in there somewhere. I was able in my role to address the matter and help them move out of homelessness. I’ve been doing that for about four years now. As a landlord engagement specialist, my day-to-day is educating landlords, property managers, real estate developers and lawmakers on having affordable, safe and equitable housing. You need inclusion, accepting the culture of that person. I educate on that end. I’m also on the committee for the revitalization of downtown Riverhead. I’m also president of the Greater Gordon Heights Chamber of Commerce in the business district. And I’m the executive chair of the Town of Brookhaven NAACP. My work as a minister and counselor, they all work together, they just blend. Insurance companies don’t cover this type of counseling, so I need to get grants and get other nonprofits involved to help the communities. Most people don’t know that they have a trauma response, so it’s important to take care of your mental health and take care of you before you can take care of someone else.”