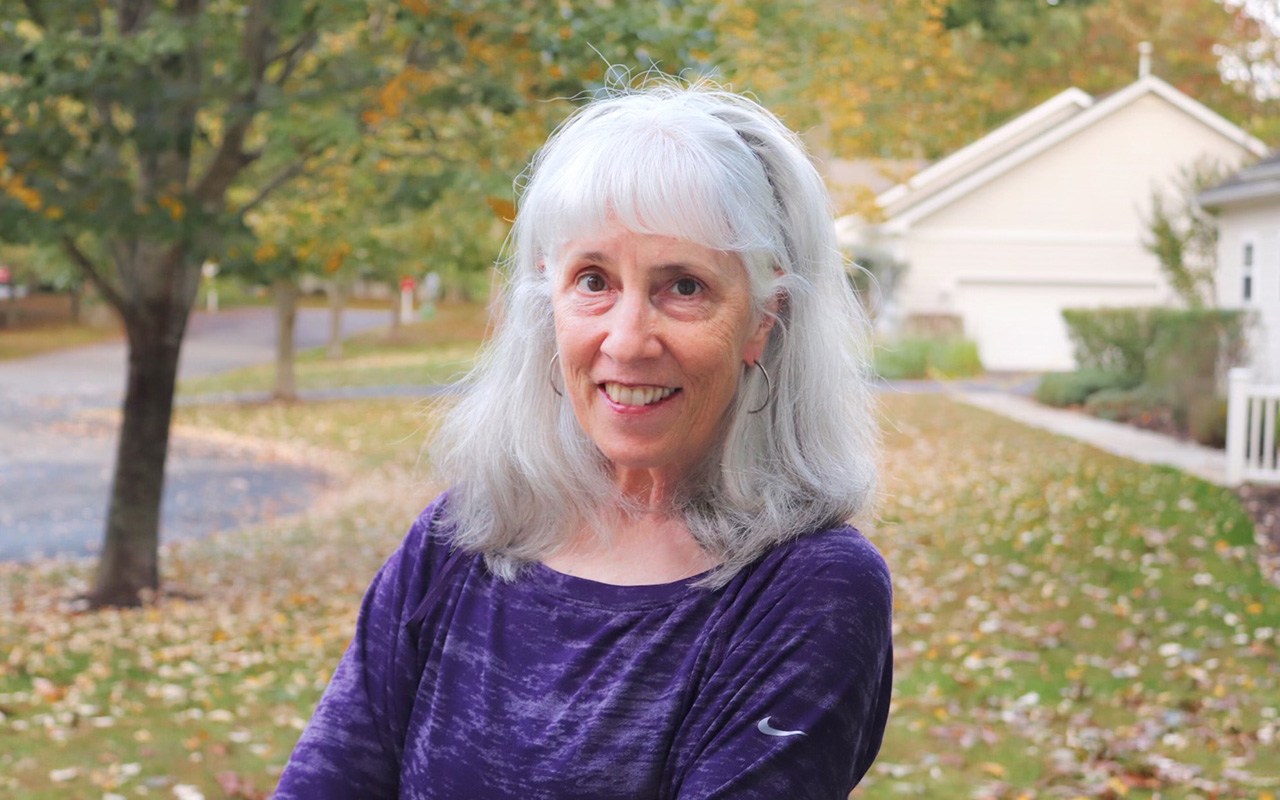 ‘Mental health needs to be talked about more.’

“I am a cancer survivor, a suicide-loss survivor and a Parkinson’s disease warrior. Steve and I met in 1981. We were partners for 33 years before he took his own life.

“I knew he had some mental health issues because he saw a psychiatrist once a week at the time. We believe he was bipolar since he would have both manic and depressive episodes. These episodes got closer together and lasted longer. He would manically create more races and then panic that he couldn’t handle it all. His family and I would have to step up and help until he emerged from a depressive episode. 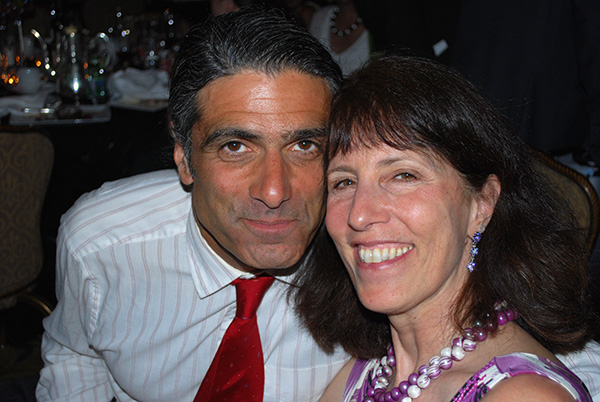 “He took his own life on March 15, 2015, and was just 54 years old. He had attempted a few months before his suicide. After that attempt, he promised me that he would never do it again. I believed him. It was the first time that he lied to me.

“I knew he had mental health struggles, but I never expected him to take his own life. He was extremely good looking, loved by so many, and an amazing swim coach. Steve did a lot for the community. Steve and the company he built laid the foundation for the sport of triathlon on Long Island. Some of the races he created still exist today. 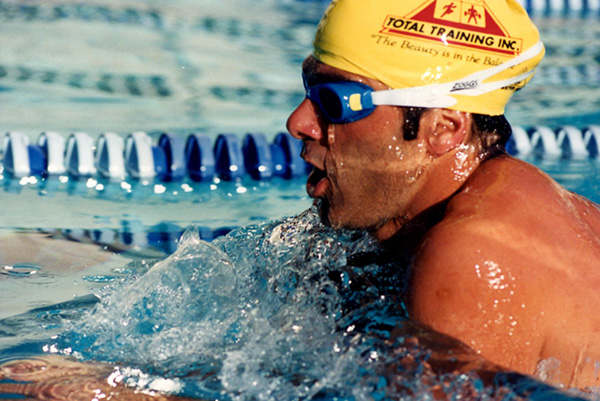 “He was born and raised on Long Island and went to Stony Brook University. He was a Jones Beach lifeguard, developed the triathlon landscape on Long Island, and was so well-known in the triathlon community as a coach, triathlete and race director. He coached swimmers at the Nassau Aquatic Center and in Patchogue. He also coached open water swimming at Corey Beach and TOBAY Beach. It was his mission in life to help people.

“Mental health needs to be talked about more, especially in men. He was a coach, so maybe he didn’t think he could speak up because he didn’t want his clients to know he was suffering since they looked up to him. He wanted to get better. He tried it all. He tried therapy and medications, but nothing helped him. He couldn’t get out of it. He dug himself so deep.”

‘I am sharing my story with the hope that it can help reduce the stigma associated with mental illness and suicide.’

“The day after Steve was released from a mental health facility in Arizona, he took his own life. I was with a friend in New York City when we got the call. His mom called her and told her she didn’t want me to be alone. I saw my friend’s face, and I’ll never forget it. It’s burned in my memory. It was all a blur.

“Afterwards, I felt all the emotions: anger, sadness, grief. I started writing his memoir, and it was very cathartic for me. I hadn’t published a book before, and I wasn’t a writer, but this was special to me. I also went to therapy and met some people through Facebook groups, but there weren’t many suicide survivors’ groups at the time. I built a Facebook page in Steve’s memory. I just want to help people who are going through this. I want to connect with others because I didn’t have that when I went through this. It’s tortuous. Nobody should have to go through this. Recently, I created a podcast where people who lost loved ones to suicide came on to speak about their experiences. There are some former pro triathletes on the podcast as well. 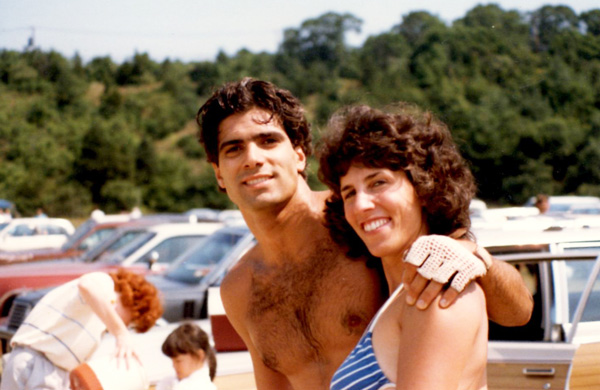 “Along with losing my partner, Steve, I also lost a good friend to suicide. His name was Michael, and I knew him for many years. We went to high school together. He always did triathlons and met and became friends with Steve through them. He died after Steve, and I just couldn’t believe it was happening again. Michael’s son, Michael Jr., was coached by Steve. Michael Jr. wrote a chapter in my book. If even one person gets help or feels supported from my book or podcast or Facebook group I created, then I’ve done my job. I just want to give people the courage to talk about mental health.

“I previously had tonsil cancer in 2007. I was diagnosed with Parkinson’s disease just a few months after Steve’s passing. It’s horrible to witness somebody you love struggle for years. It’s my belief that the trauma triggered my Parkinson’s. I was lucky that I had people to support me, like my cousin and two close friends.

“I want to raise mental health and suicide awareness to help people. I am sharing my story with the hope that it can help reduce the stigma associated with mental illness and suicide.” 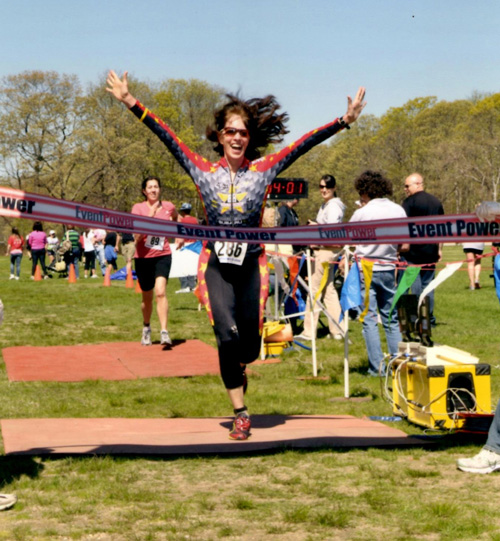 If you are feeling suicidal, thinking about hurting yourself, or are concerned that someone you know may be in danger of hurting themselves, call the National Suicide Prevention Lifeline: 988.

When people call, text, or chat 988, they will be connected to trained counselors that are part of the existing National Suicide Prevention Lifeline network. These trained counselors will listen, understand how their problems are affecting them, provide support, and connect them to resources if necessary.

The current Lifeline phone number (1-800-273-8255) will always remain available to people in emotional distress or suicidal crisis, even after 988 is launched nationally.

Veterans can now dial 988 and press 1 to reach the Veteran Crisis Line.

Suicide warning signs can be found at the American Foundation for Suicide Prevention website at afsp.org.