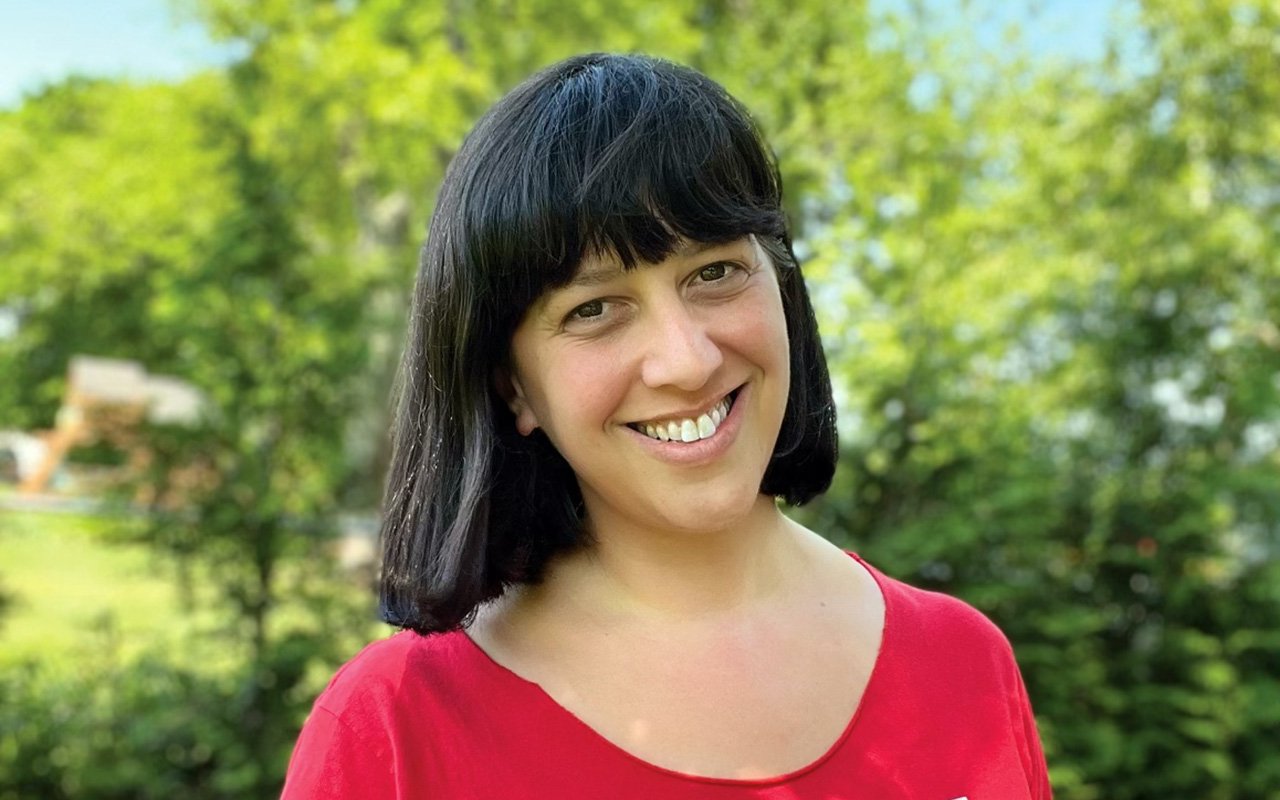 ‘I watched this woman turn her pain into power, and at that moment, I decided I was all in.’

“After the shooting in Parkland [Florida] in 2018, I went to my first meeting for the L.I. chapter of Moms Demand Action for Gun Sense in America. I was pregnant with my second boy and afraid one day, I would send my kids to school and never see them again.

“I offered to help where I could. A week later, I attended an event and heard Shenee Johnson speak about her son Kedrick. He was shot and killed in 2010, a few weeks from his high school graduation. I watched this woman turn her pain into power, and at that moment, I decided I was all in.

“The thought of speaking to people gives me anxiety. But I knew I had to do something. I signed up to knock on doors. That first door, my heart was in my throat. But I got myself together and kept knocking on door after door. Something in me clicked. All this time, I thought I couldn’t do it.

“Moms Demand Action has a Gun Sense Candidate distinction for people with gun safety at the forefront of their platform. In 2018, our group helped these candidates win. We now had a gun sense majority in both houses. After years of not passing a single gun law, we passed nine. Now we have these incredible representatives who do everything they can to help end gun violence.

“In 2020, I led my first legislative team meeting on Zoom. My anxiety was high as I spoke about how we would win an election amid a global pandemic. Midway through, my son came in wanting to show everyone a photo from his third birthday party. I was mortified, but everyone was happy to see him. That’s when I realized what Moms Demand Action is. We are a family. Now, my boys come with me to knock on doors and love it! They’ve met other activist kids and have playdates at events while we work to keep them safe.