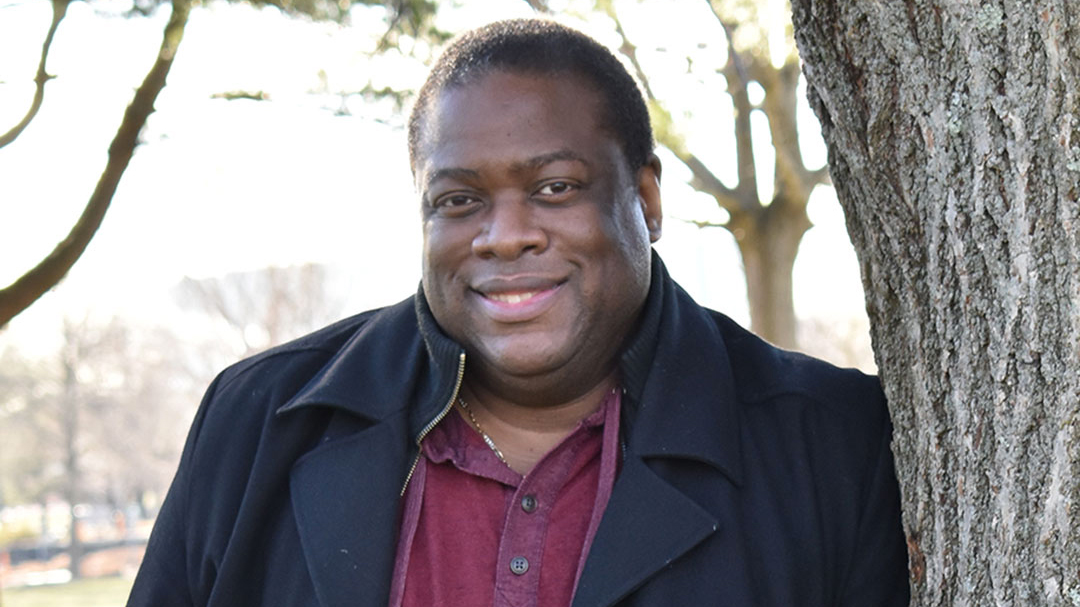 ‘I wanted to see these stories come to life. I realized I could make them into movies instead of just talking about them.’

“My friend’s father had a video camera, and through playing with it I taught myself filmmaking. If it wasn’t for him, I would never have known about the art form. That’s how I was bitten by the bug.

“I have always been a storyteller. I would play Dungeons & Dragons and be the Dungeon Master. I would tell these great stories. For me, it was easy. I wanted to see these stories come to life. I realized I could make them into movies instead of just talking about them.

“After studying film in school, I moved to LA to try to follow that dream but it didn’t work out, so I moved back to Long Island and got involved in the independent film movement in ‘ ’95. I had to make a living because independent film doesn’t pay much, and I had gotten married and had kids.

“I ended up working for North Shore University Hospital (now Northwell Health). During the winter months, I would do payroll for them, but during the summers I would get the call from someone in the film industry about current projects. I would go back and forth between jobs.

“I have been working in healthcare now for 20 years. I was lucky enough to work with Fred Carpenter on two of his films. He liked my style, so he made me one of the producers on his second film, ‘Send No Flowers.’ I brought on Sean Young and we shot on locations that I found in Huntington and Holbrook.

You have to do these projects for the love of it. You need to roll up your sleeves, because if you really want to do something you can’t let anything get in your way.

“Now I am an author as well. I had written a film that would have cost millions to fund, but then I had the great idea of turning that script into a book called ‘Gods’. I’m currently working on the sequel.

“The best part of my careers is meeting different people and getting to know their stories. I started a podcast, The Quidditas Factor, when the lockdown happened. Quidditas is a Latin word that means ‘the essence of a person.’ I wanted to know why one person is famous and another person is not. What work ethic do they have to have to make it? I want to find out their secrets, how they live their lives, and what they believe in. I interview actors, producers, writers and directors.

“You have to do these projects for the love of it. You need to roll up your sleeves, because if you really want to do something you can’t let anything get in your way.”