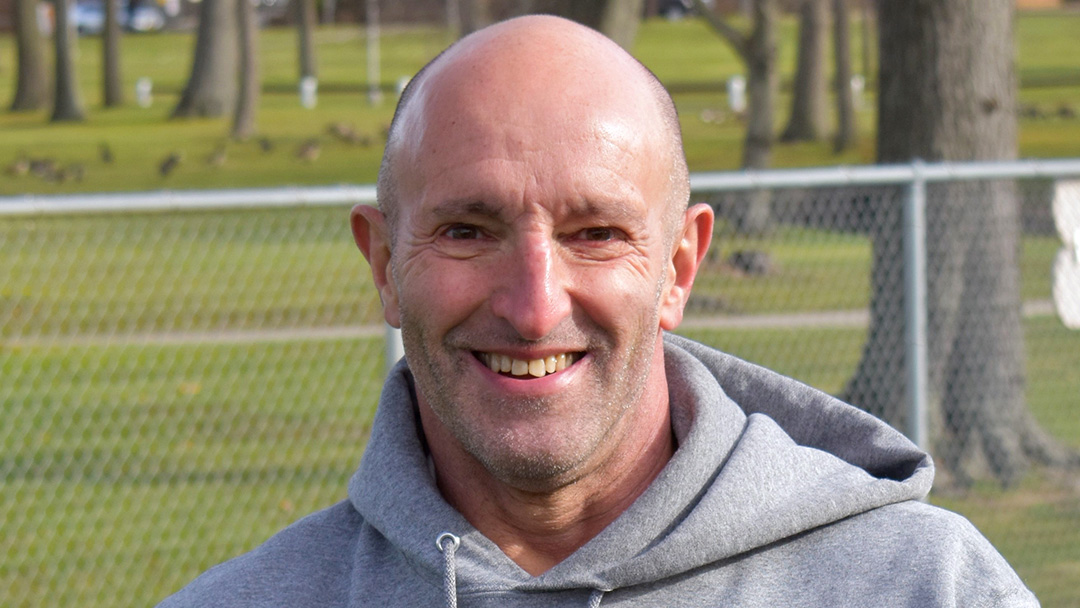 ‘I was always prepared to put in the hard work, but I don’t know if I necessarily had the patience. It’s a muscle that I’ve really grown by doing this.’

“When I was growing up, I always had dogs. I lived in various parts of London and I would take my dogs to the park and run them off leash. There was no such thing as a park that wouldn’t allow dogs; they are almost considered little people there, so I was shocked when I got my first dog as a resident of Valley Stream 15 years ago. It was pretty much impossible to find places to walk them off leash.

“Secondly, if I walked my dog on local streets on a leash, a lot of people shouted and glared at me because they were scared that I wouldn’t pick up after him. I decided that I needed to become more active locally.

“My feeling was if I could open a door in the Town of Hempstead, then we could use that door as an example for other towns in Nassau. When I proposed the idea for a dog park, about eight people were also interested in creating it, so we formed Friends of Valley Stream Dogs to lobby the village. It didn’t take long for the village to agree to doing it, but then it took two years before it was decided where to put it, how to build it, and to fundraise.

I do everything for the sake of the dogs.

“We worked cooperatively with the village to get it put together. In the past five years, people have become much better about being dog owners. The next step is to get the parks to be open for dogs on a leash. If people don’t pick up after their dogs, take that privilege away from them.

“To not even give dog owners that option is pure nimbyism, and we need to push back against that. In Suffolk they have opened many parks for dogs on leash and they have only had good news. In the meantime, Friends of Valley Stream Dogs tries to get people engaged with dog rescues. We have a Facebook page, which is a meeting place for dog owners and helps people when their dogs go missing. We also help the Village of Valley Stream run a dog pool party after the pool closes on Labor Day. Our Halloween doggy dress up event is always very successful.

“I do everything for the sake of the dogs. Getting the dog park constructed has given me more patience to do the hard work to turn passion into something concrete. I was always prepared to put in the hard work, but I don’t know if I necessarily had the patience. It’s a muscle that I’ve really grown by doing this.”