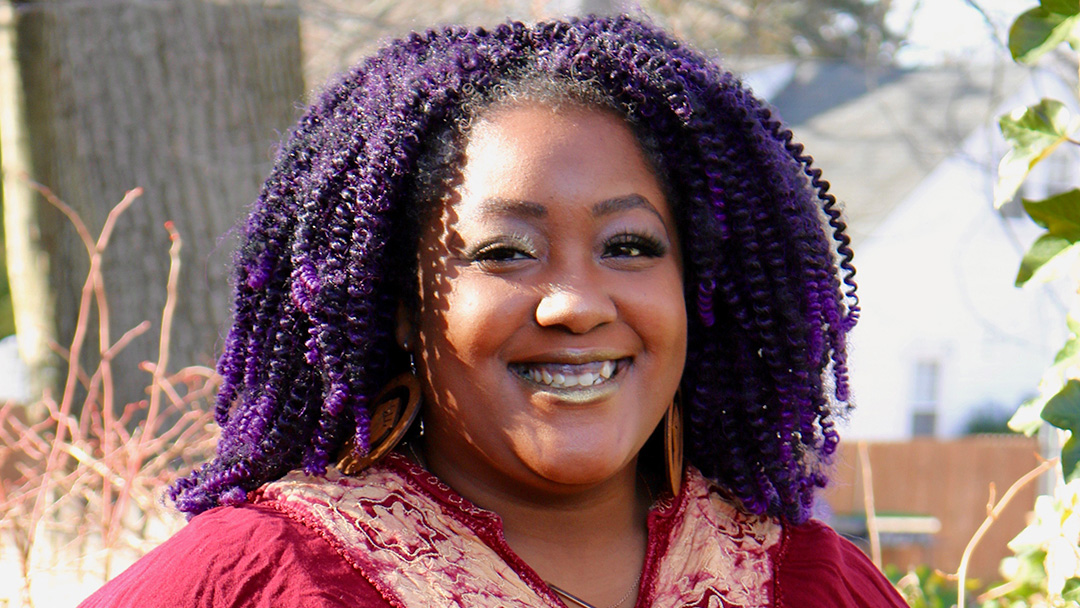 ‘I got pregnant at 19 years old, and I said, ‘I’m becoming a stereotype.’ I wanted to break the cycle.’

“My mom was 16 when she had me and I grew up in poor sections of Glen Cove. My mom has limited education. She was also addicted to drugs and my father was as well and in-and-out of jail my whole life. But my Mom always instilled in me to get an education and make something of myself; get myself out of the hood.

“I got pregnant at 19 years old, and I said, ‘I’m becoming a stereotype.’ I wanted to break the cycle. I wanted to show my children and my youngest cousins how we can be something more.

“I was part of a mothers group and after the sessions, I felt ostracized because they’d get into their huddles and talk and I’d be off to the side as the only black woman. The meeting leader asked for a volunteer to lead the group, I raised my hand, she acknowledged me, but I wouldn’t hear from her and she’d keep asking for leaders at the meetings. I approached her after a meeting, and she had no choice but to take me up on my offer.

I made sure they would never underestimate a black mother again and they hired me to become a facilitator to model other centers.

“I had to do something for my family and for black people and I vowed to be one of those voices. I made that location of National Association of Mothers Centers be a model center. I made sure they would never underestimate a black mother again and they hired me to become a facilitator to model other centers. I realized how powerful my voice was. I landed at an organization called Every Child Matters, advocating for children’s issues.

“I started to use my story of growing up in childhood poverty and motiving people to become advocates for policies that needed their voice. I published a book in 2019 called ‘Poverty’s Phoenix,’ a memoir about surviving childhood poverty.

“You don’t have to be a victim to your circumstances, you can feel the strength and power to break these generational curses.”