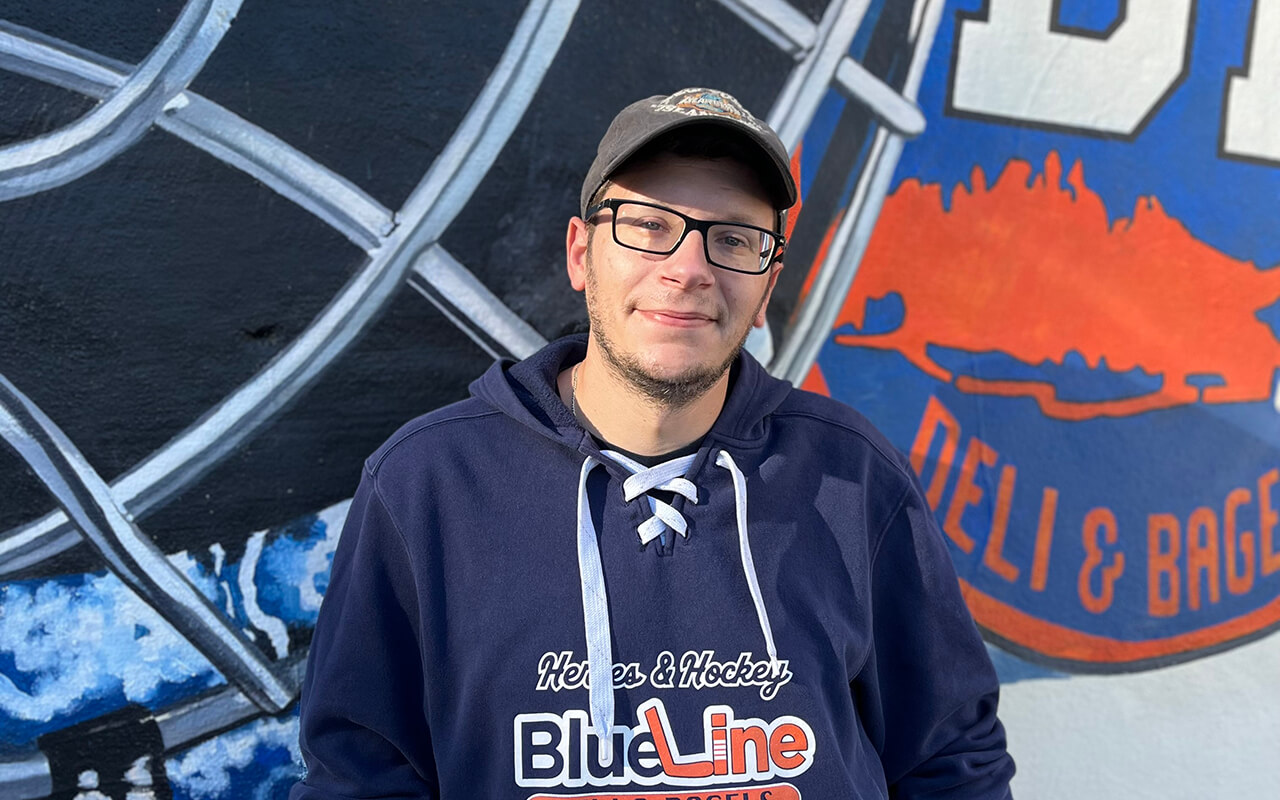 ‘It’s way better being an Islanders fan now than back in the day.’

“I always wanted to work in hockey some way. I was never a good player. I’m not a general manager kind of person. I just couldn’t get a job working in hockey. This was the next best thing.

“My mom is the reason we’re here. Before she passed, she lived in this area. She called me and said the deli closed by the house, and I couldn’t believe it. At that time, I was working in the city and was looking to get away from that and the commute. So, I opened Blue Line Deli. We’re a regular deli; we just threw hockey into it.

“I did it for fun, hoping that other hockey fans would want to come in and talk about the sport. Ranger fans are welcome; plenty of them come in. Any team can come in and chirp. I didn’t expect this to become what it is, and the fact that it did is incredible. 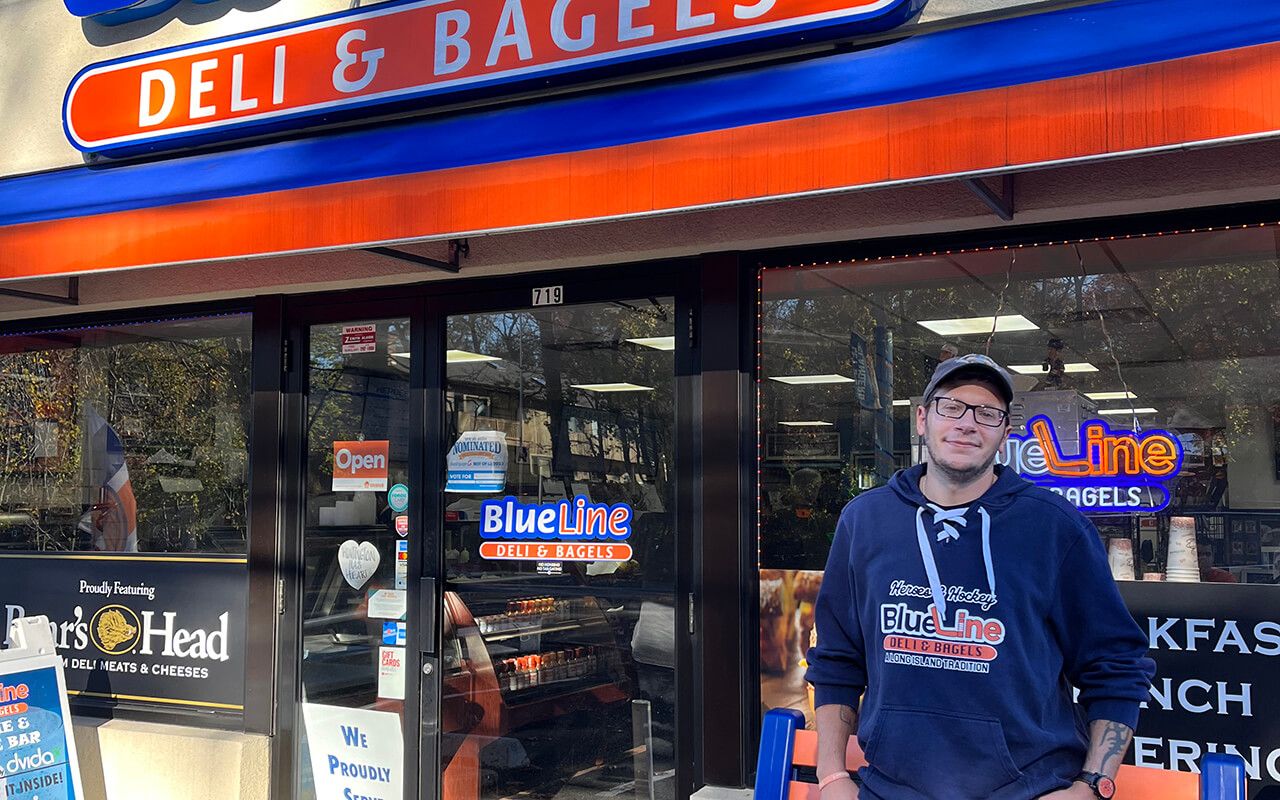 “The Islanders community is a big family. Butch Goring, Brendan Burke, Shannon Hogan are in here all the time. Bobby Nystrom was here and handed me a jersey once. Jon Ledecky has been here a few times. Stan Fischler was here. He’s probably the most brilliant hockey mind I have ever met. He was here for a few hours talking about 1950s hockey. I have the groundbreaking shovel from when they broke ground for UBS Arena. That’s not something you can just go out and buy. It was a gift from the Islanders. That’s the most amazing part of this, getting to meet people who are like my heroes. 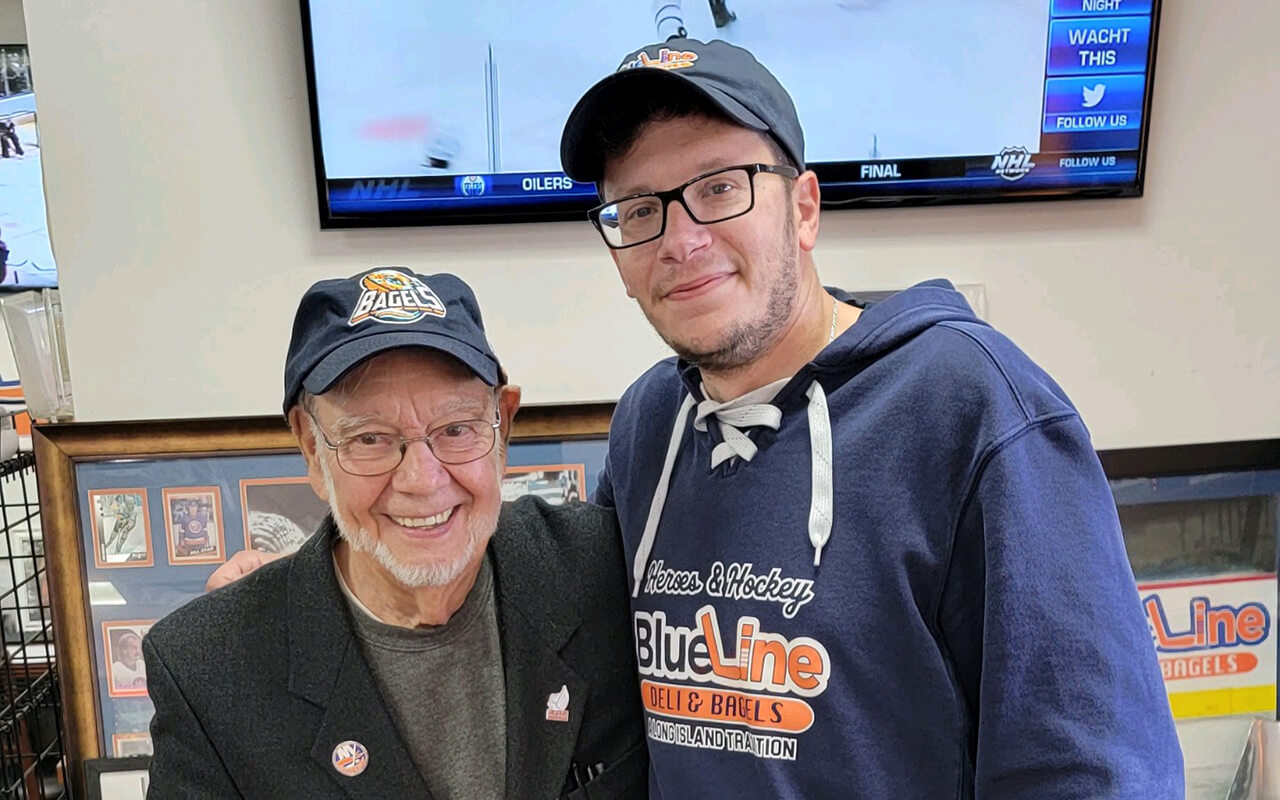 “I was one of the first people to sign up with UBS Arena. Big Chicken, which is Shaq’s restaurant, reached out to me and said they wanted to get a taste of New York involved somehow. They offered a pastrami sandwich, and that didn’t seem original. I offered the bagels to them and came up with a chicken sandwich on a blue-and-orange bagel. I ended up overnighting them bagels to Vegas, and they tried them, and then we worked out a deal to have these sandwiches at UBS Arena.

“It’s way better being an Islanders fan now than back in the day. They were amazing in the early ’80s, and it’s been not so great until about six years ago. Now they’re a competitive team. My generation has craved a winning team, a team that competes. We haven’t had that in forever. When they finally become this good, it makes all the bad years worthwhile.”