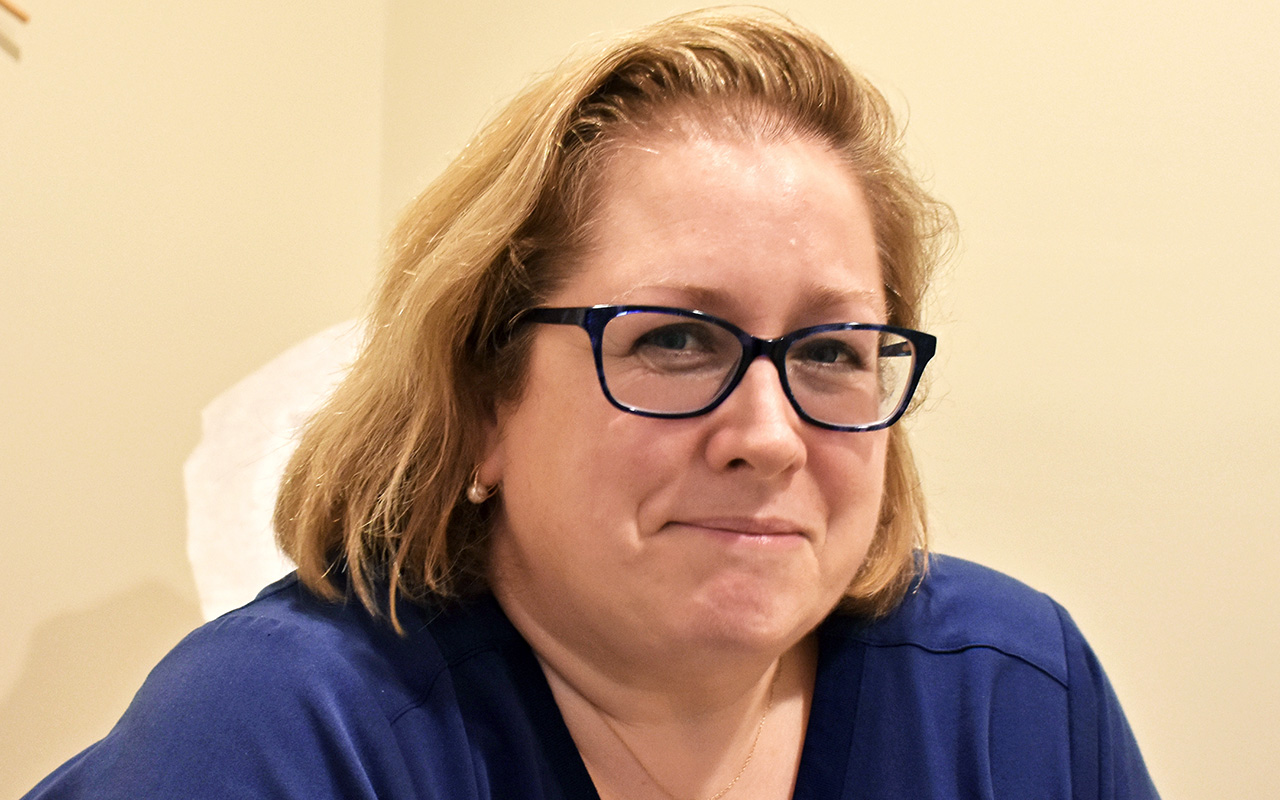 ‘My dad used to say, ‘just remember this: From something bad, comes something good.’’

“My high school guidance counselor told my mother there was no point in applying to good colleges because I wouldn’t get in and if I did, I’d drop out within a year. I had, in my counselor’s words, no scholastic aptitude. I heard her say that.

“After graduating from Boston College, I attended Columbia University, and currently hold five degrees. I’m proof you shouldn’t listen to anyone who doubts you. I got my first job by walking into a radio station in street clothes in 1994—I handed my resume to the receptionist, who asked me what I could do, and I said ‘Anything’ because I had loans due. I was a communications marketing major, but didn’t study journalism or work at the college radio station, so after taking my resume she basically said, ‘great, don’t call us we’ll call you.’ I still managed to get an internship, doing all sorts of jobs, worked crazy hours, and after several months they started to pay me, which to me meant I was hot [stuff].

“I moved into TV news and ended up working in journalism for 10 years, including a technology publishing company where I made friends with John, who is now my husband. After getting out of journalism, I was a corporate suit working for a financial services company in Manhattan. When my father fell ill, his health failed quickly. I always dreamt my parents would walk me down the aisle; you’re not supposed to die until you see your children have children; that’s the natural order of things. John and I were dating for about a year-and-a-half after being friends for many years, and we got married in the hospital because my dad was dying. We got married on Jan. 1. The next day my father went to hospice care and died on the Epiphany, on Jan. 6. He died around 4:30 a.m. and I wasn’t feeling well.

“Around 11 that night, I was convinced something was happening—and then, wait a minute, when’s the last time I got my period? Four pregnancy tests later, I got the same results each time. Some say God takes one, then brings another. I was like ‘Thank God this baby is coming.’ I was also fired from my job while pregnant. I was fired because I was pregnant.”

John rushed me to the hospital, they did all types of diagnostic tests and said ‘you didn’t have a stroke, but you do have Bell’s palsy.’

“There’s a photo my husband took of me when I was due any day with my first child, the night before I came down with Bell’s palsy. You can see the left side of my face starting to droop. The next morning, I took a swig from a water bottle and the water just came out of my mouth onto the floor. I’m now convinced the stress—my father dying, how we got married, my pregnancy, my mother’s now-fading health, losing my job, all happening in fast succession—was the cause, but at the time I thought ‘Oh my God I’m having a stroke.’

“John rushed me to the hospital, they did all types of diagnostic tests and said ‘you didn’t have a stroke, but you do have Bell’s palsy.’ It’s improved since, but I’m in the rare percentage of people that don’t get better. I still can’t smile 100%. The Bell’s palsy caused me so much pain that during the first six months of parenthood I really couldn’t be a mom to my daughter, my first child. My husband had to handle a lot of the responsibilities. My second child, my son, was born via C-section, and they accidentally cut my bladder during the procedure. I had to have a catheter with a urine bag on my side for weeks, while still taking care of my mom and my daughter.

“We were renovating my mom’s house when she died in 2010, and the contractor left us high and dry. I was on my hands and knees in front of my dog, with my babies sleeping in the other room, in a barren house, with wires hanging from the ceiling, no sheet rock, just dust, crying in the bare living room, and thinking of my dad’s words about good from bad, I said out loud ‘Please mom and dad, please tell me what good can come out of this?! Please give me a sign. Please.’

“The next week, we get into a car accident. I’m thinking, ‘This is the sign?’ I had already been out of work, but then my husband lost his job. I went over the edge. I stopped taking care of myself because there was always something. I had just buried my mom a month before the accident. After a hospital stay, I was still in pain from the crash, and it was then someone suggested I get acupuncture. I said three words: “no [f] way,” but ended up thinking, ‘fine, if sticking a needle in my eye will help my back, fine.’

My daughter kept bringing up me doing TikTok, and at that point I had nothing else to do but still didn’t want to, because of my Bell’s palsy. I finally told my daughter the truth, and she said ‘Mom, the only one really worried about your face is you. Nobody cares, move on.’

“I was a skeptic when I walked into the acupuncturist in 2011, about how these tiny needles are going to help me, but after an hour I get off the table, he’s like ‘Can you bend over?’ I bent over and was like ‘huh, what kind of voodoo is this? I don’t feel 100% better, but I am like 40-50% better. What the hell did you do to me?’ While leaving I saw the doctor in the parking lot. I yelled at him, ‘How long does it take to become an acupuncturist,’ he says ‘It’s medical school, that’s years.’ I was 38 years old, but he told me about the great hours and pay, so in 2012 I enrolled in Nassau Community College. At 30 I was a college student again, but now with my husband dropping me off, the kids screaming out the window ‘no don’t leave.’

“After Nassau I went to acupuncturist school, graduated, then started working right away in rented workspaces. In 2018, we purchased a rundown home in Huntington and turned it into an acupuncture facility. Around that time, I also happened to see my daughter’s friends dancing in front of a phone, and she explained they were making a TikTok. She said I should do one about acupuncture or my skin-care line, which I made with herbs I learned about during my Chinese medicine classes. Fast forward to the COVID shutdown, my business is closed and I’m in shock.

“My daughter kept bringing up me doing TikTok, and at that point I had nothing else to do but still didn’t want to, because of my Bell’s palsy. I finally told my daughter the truth, and she said ‘Mom, the only one really worried about your face is you. Nobody cares, move on,’ and so I opened an account last June. At first the videos didn’t really go anywhere, but by December I had about 50,000 followers. I think by being authentic, people liked my videos, and on TikTok, few people made fun of how I look.

“No matter how bad things got, I never gave up on other people but there were times I felt like giving up on myself. Every door was closed, but if I had never got in the accident, I would have never gotten acupuncture and wouldn’t have become an acupuncturist, or put together a skin-care line. Sometimes you have to go so low in your life to see the light, and then climb back out.”