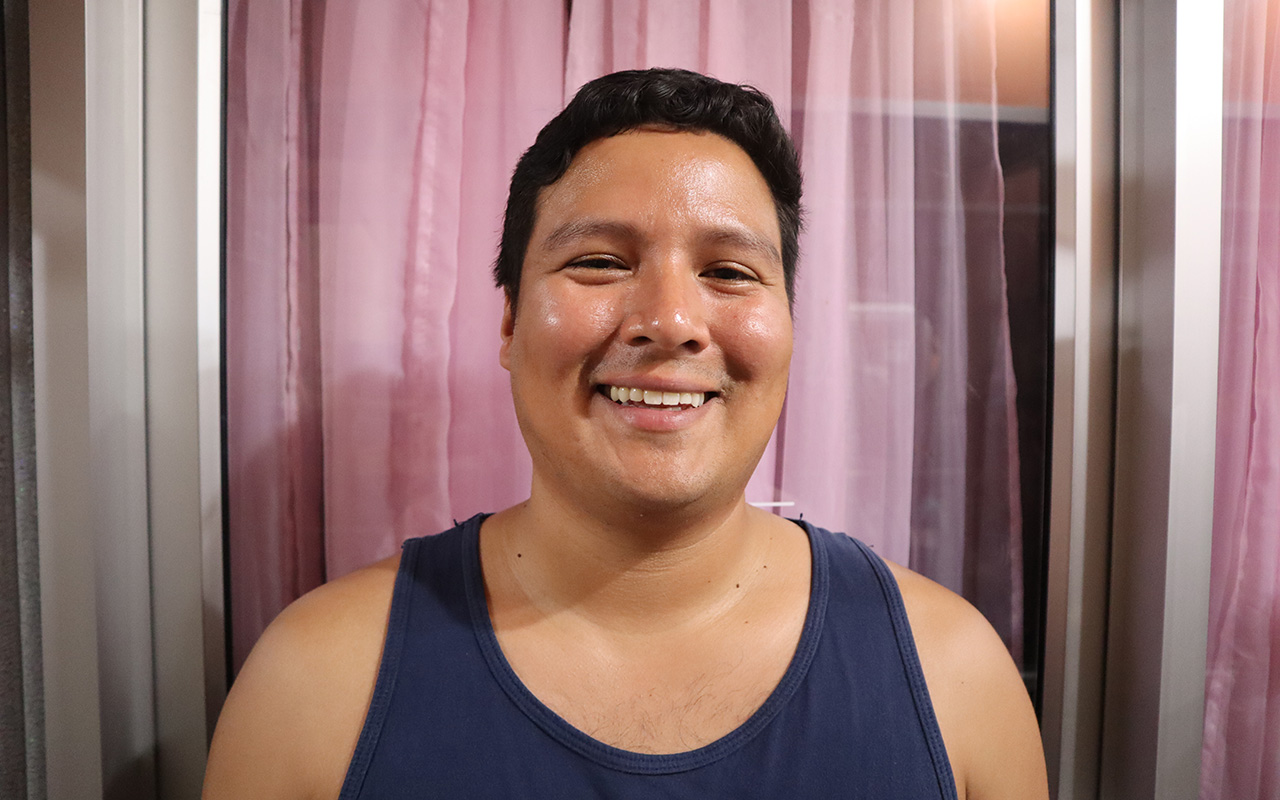 ‘I think it’s also okay to look for God and reflect on things you’ve done right or wrong. I feel like a lot of the times comedy tends to be rhetorical questions.’

“I think the comedic world where I’m from is very simple and it needs to be reinvented. So, I feel like it’s my obligation to the future of this community on Long Island to give them something to be proud of. And as a Brown person, I think I’m almost there, but I think as long as I have a kind heart and a willingness to learn from others in the process, I think that this community will thrive.

“In my early-to-mid 20s, I was actually a poet. I really loved poetry, so much so that I started sharing tables with poet laureates. I felt it was kind of limited. I wanted more stage time. They were like ‘You can only read two poems at a time.’ Then, one day, I went to this discourse with all these poet laureates, and I just started roasting everyone.

“I think when I first discovered comedy, I was 8 years old and at the time my aunt was my caretaker. One day, I saw the first episode of “The Chappelle Show,” and at the time this dude was a 27-year-old guy who has been in the game since he was 14. He was gifted and there was a certainty that I was hooked. Then I discovered Gabriel Iglesias, Greg Giraldo, and Eddie Murphy. I like the old-timers.

Over the last couple of years, I feel like I was offered a challenge.

“I’m a visual learner. I try to look for silence a lot of the time. I try not to put myself in a loud place when I don’t want to be. I think it’s also okay to look for God and reflect on things you’ve done right or wrong. I feel like a lot of the times comedy tends to be rhetorical questions. This year has been pretty rough for me as a producer.

“Over the last couple of years, I feel like I was offered a challenge. Even more so with everything that has been going on during this pandemic, but I took this challenge truly to heart. I feel as though this year things are sort of changing in the right direction.

“My goal was to find more Black comedians who are not only men but women most importantly. Women who are Latinos, Asians, Middle Eastern, just people in general. I feel white people kind of saturated it. I want to hear people out. I want to listen to different types of stories. I curate the type of shows I personally would want to watch myself.”